Were were only half way through gathering solutions, when these pupils, sent in good solutions. I ask the teacher to contact Nrich to say which school they all come from,?
Cordelia, Eva-Lilly and Jess, Ellis, Kian, Reg and Rohan, Jaiden and Krrish, Reina and Sienna, Hannah and Ruby, Kush and Tom
Please make contact primary.nrich@maths.org

I found that, when Incompared my answers for the blue and black strips, they were fairly similar. The answer for he blue strip was three times bigger than the answer for the black strip. This was due to the blue strip being three times smaller, so it went into one more times. For example, brown would be two times bigger than black, due to it being two times smaller. This puzzle was quite challenging at first, but soon became easy when I found out this rule. I really enjoyed taking part in this challenge, and Thank You for reading. 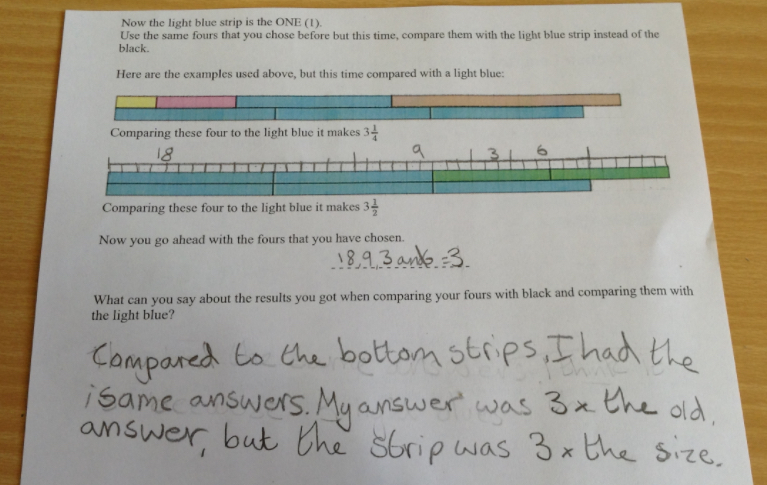 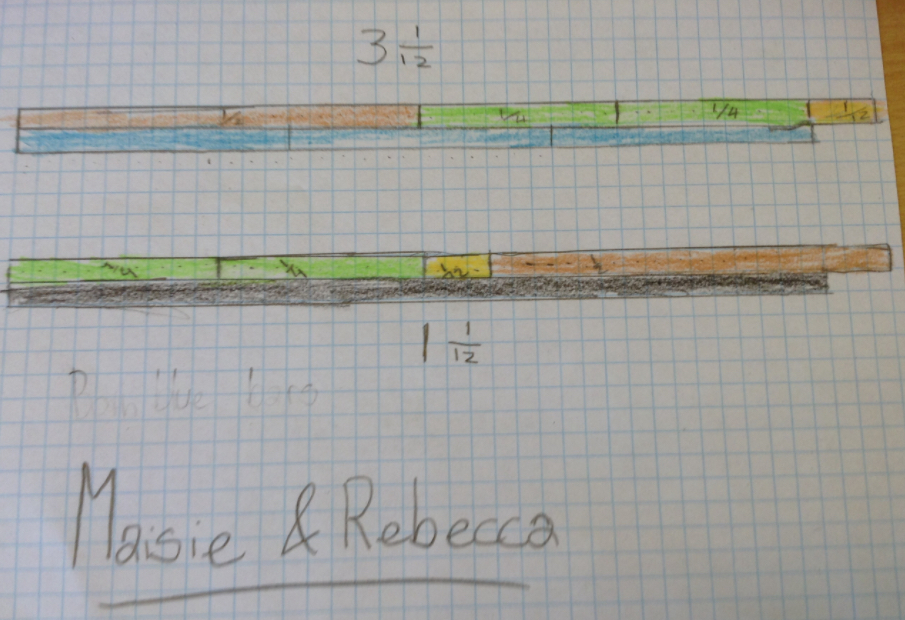 From Ryanne at Westridge School in Pasadena USA we had this exaplanation.

When I was looking at the the black stnip I noticed that it was equal to one whole and that it was 36 squares long. Then I looked at the red block or number 4, I thought to myself that 4 is a multiple of 36 because it goes into it 9 times, you could put four red blocks which would be equal to 36, because 4 times 9 equals 36. Another one I found was that the brown stnip is worth 18, if' you know what half of 36 is then you will know that 18 is half, therefore if 18 is half and the brown stn'p is worth 18 then two of those stnips ought to be equal to 36. you can also use two greens, because 9 + 9 = 18 and like I said before 18 is half of the black strip, so two greens is equal to 18 plus 3 more pinks which equals 18 you would get 18 + 18 = 36. Last but not least, 2 twelves, because if 1 twelve fits half the black stnip then 2 is equal to 36.

That's a really good explanation. Thank you for sharing where you got to with the second part. Can anyone help Ryanne?


Thank you for all these submitted solutions keep looking at other Nrich activities.