How many times a day does a 24 hour digital clock look the same when reflected in a horizontal line?

Considering triangles with area 100 square units
If the area of the original triangle is 100 square units, then each square unit represents 1%. So by enlarging the base and height of the triangle and finding the new area, it will be clear what the percentage increase has been. 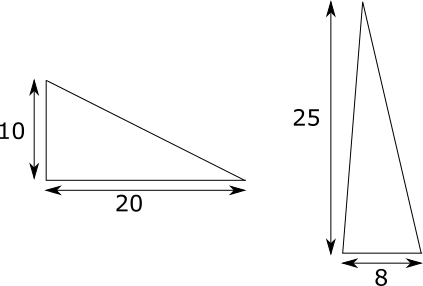 This is shown below. 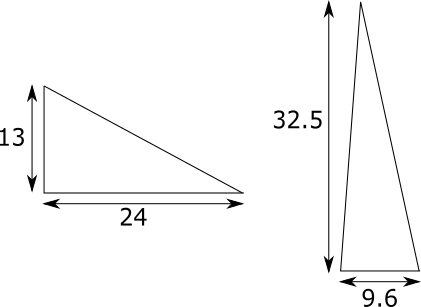 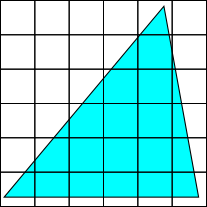 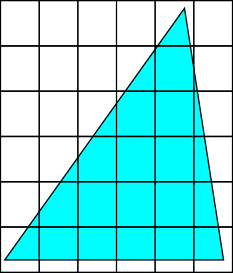 
Using length and width scale factors
Increasing the base by 20% is a horizontal stretch, and so the area will be increased by 20%, to 120% of its original area.


Using algebra for the base and height
Suppose the triangle had base $b$ and height $h$. Then its area was $\frac{1}{2}b\times h$.

That is the same as the old area multiplied by $1.2\times1.3=1.56$, so the area has been multiplied by 1.56, which corresponds to an increase of 56%.
You can find more short problems, arranged by curriculum topic, in our short problems collection.
The NRICH Project aims to enrich the mathematical experiences of all learners. To support this aim, members of the NRICH team work in a wide range of capacities, including providing professional development for teachers wishing to embed rich mathematical tasks into everyday classroom practice.