We had a couple of solutions sent in explaining which of these statements are always, sometimes or never true.

Cormac and Elliot from Riverview Educate Together NS in Dublin, Ireland sent us their completed grid along with some explanations of why they chose to put each statement in each column: 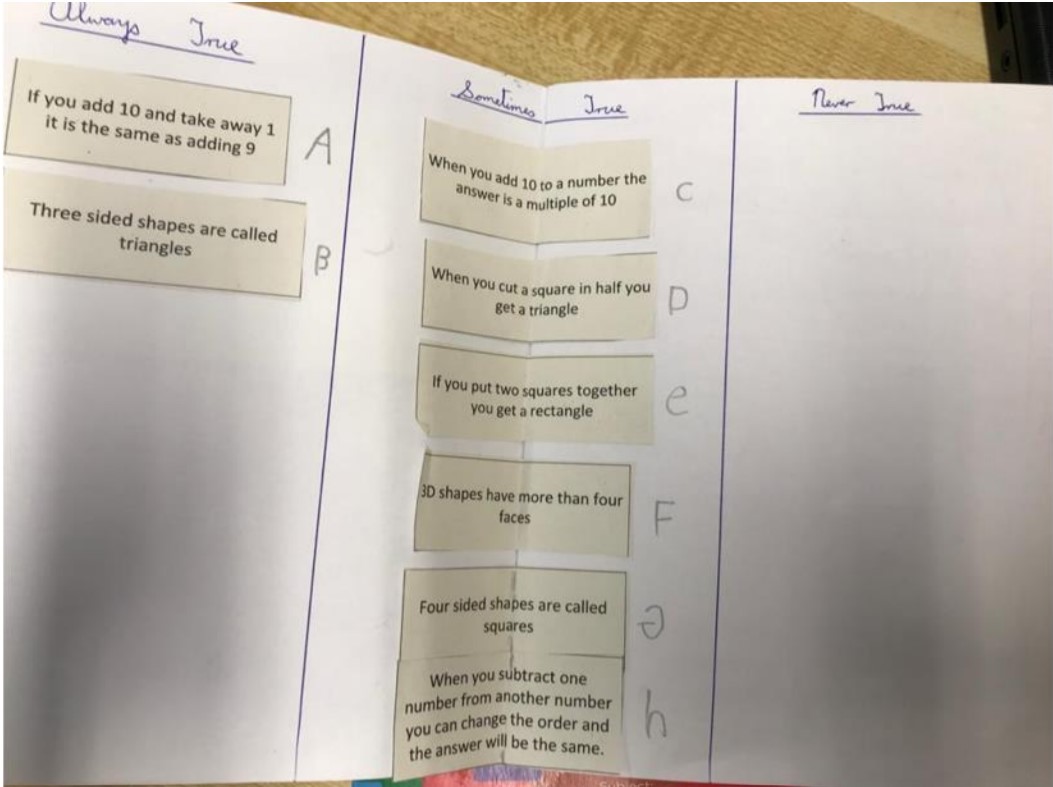 Good explanations! Harry from Copthorne Prep School in the UK sent in his completed grid and explained how he chose where to put each statement: 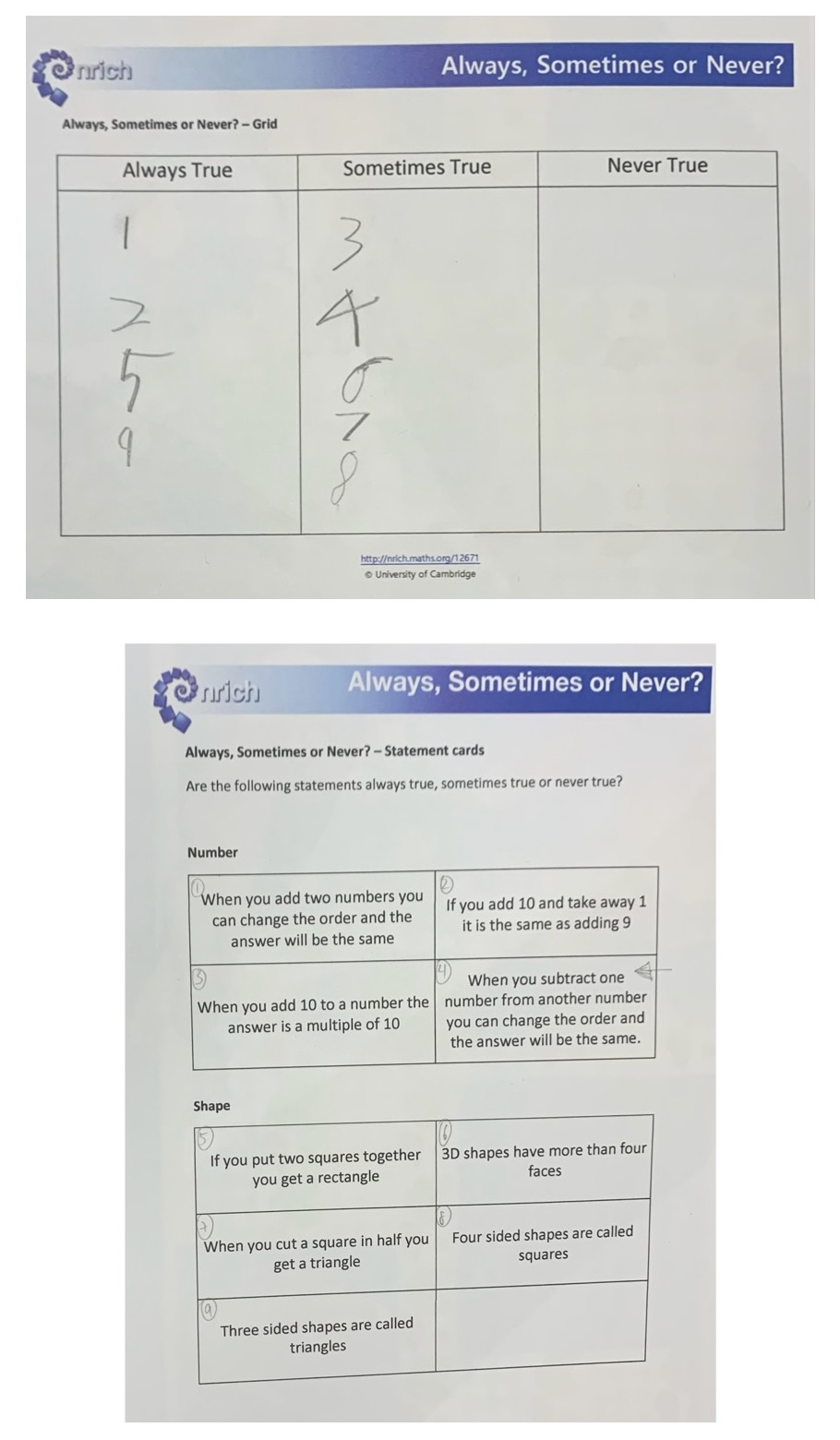 Lots of good ideas, Harry! I think the only statement that Harry and Cormac and Elliot didn't agree on was the fifth statement, 'If you put two squares together you get a rectangle.' I wonder if this is always true or only sometimes true? Can you draw a picture to show your ideas about this? Please email us with your thoughts.