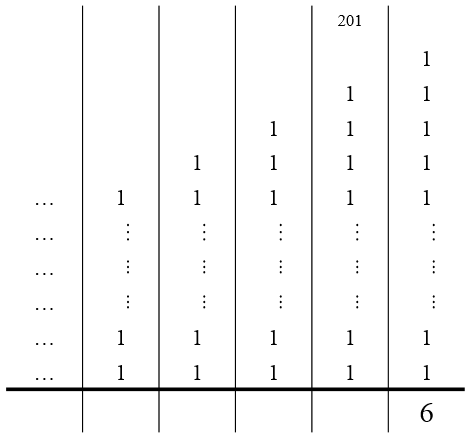 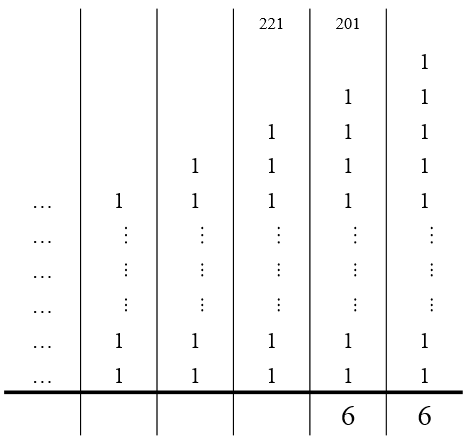 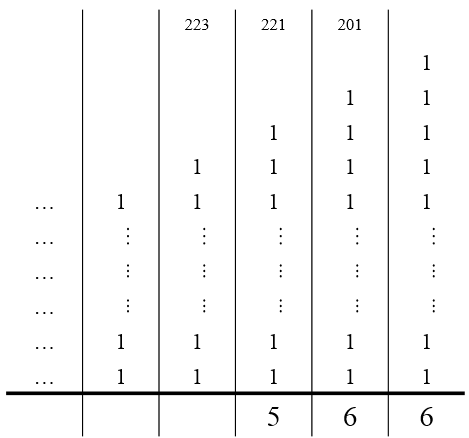 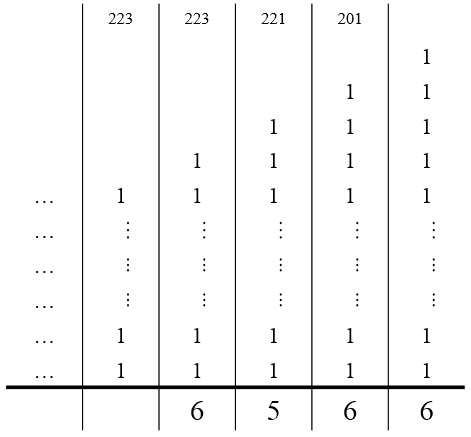 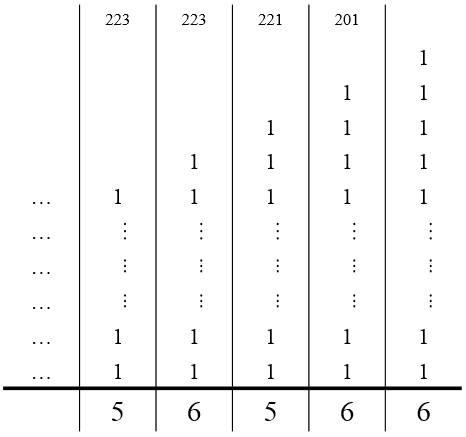 Using place value
The units (ones) digit of every number in the list is 1, so there are 2016 units (ones) in the sum.

This is filled in in the table below, which shows the place value of each digit. At the bottom, adding the digits in each of the last five columns gives the last five digits of the sum, which are 56566.


You can find more short problems, arranged by curriculum topic, in our short problems collection.
The NRICH Project aims to enrich the mathematical experiences of all learners. To support this aim, members of the NRICH team work in a wide range of capacities, including providing professional development for teachers wishing to embed rich mathematical tasks into everyday classroom practice.