From experimenting with red and blue frogs, I concluded that you could always swap the frogs over without moving any frogs backwards. The key thing to remember was that an alternating pattern of red and blue frogs should be maintained whilst moving the frogs.

Shubhangee’s students then recorded the minimum number of moves in a table. These are Niveditha’s recordings:

Here are Agastya and Pranit’s observations: 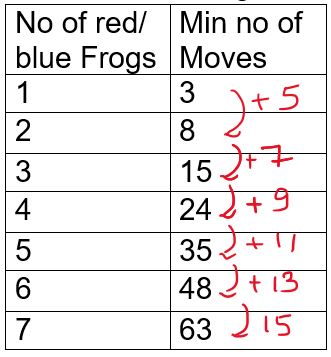 I realised that the change in moves were all odd numbers and increased in increments of 2. From this, I could create a formula to predict the number of moves required using n as the number of blue or red frogs (since, in this instance, they are equal): No. of moves $= n^2 + 2n$ 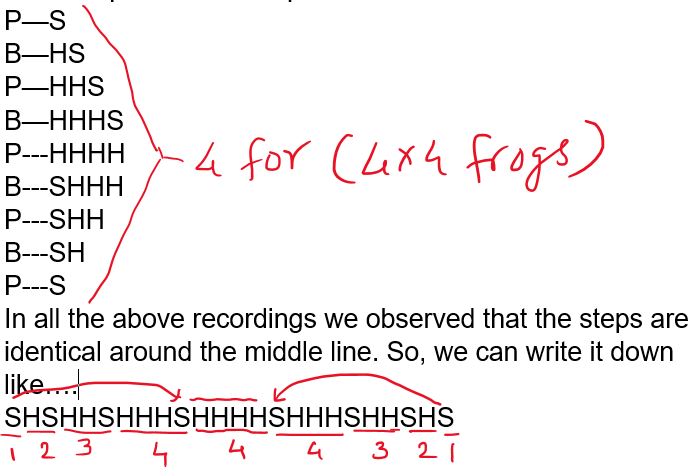 It can be further generalized for $n\times n$ frogs as:

Can you see how all the formulas above mean the same thing?

I found a pattern between numbers with having a certain amount of frogs on 1 side and just one frog on the other side. I went up by one each time, so I started with 1,1 and got 3 moves, each time I added another number to the left side the amount of moves increased by 2. When I did 2,1 I got 5 moves and they kept on increasing by 2 each time. 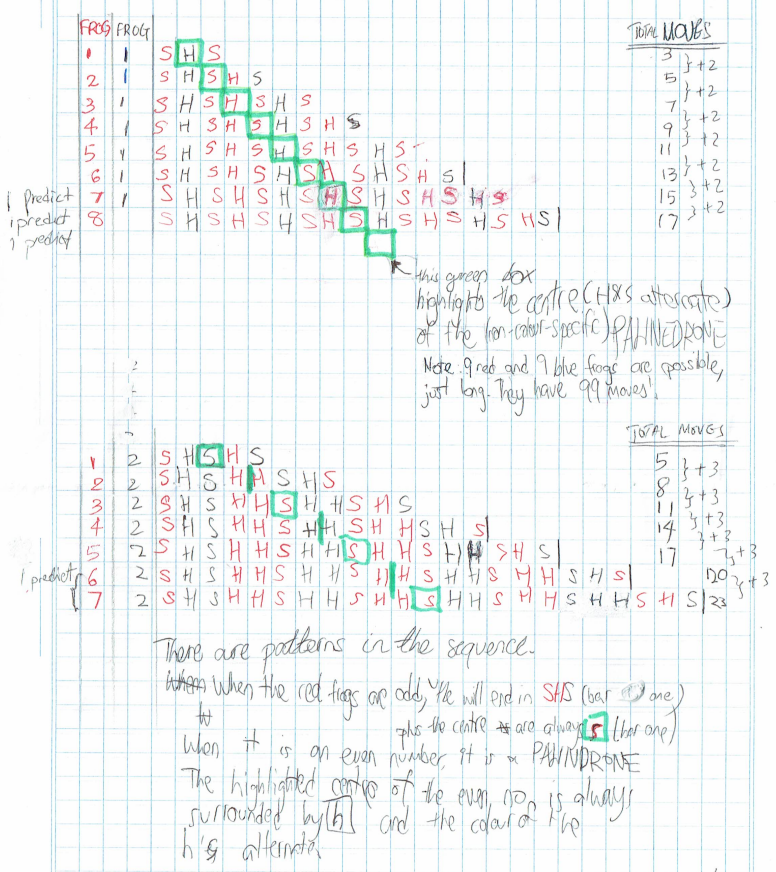 Rohan tried using one more frog of one colour than the other, and then two more, and so on: 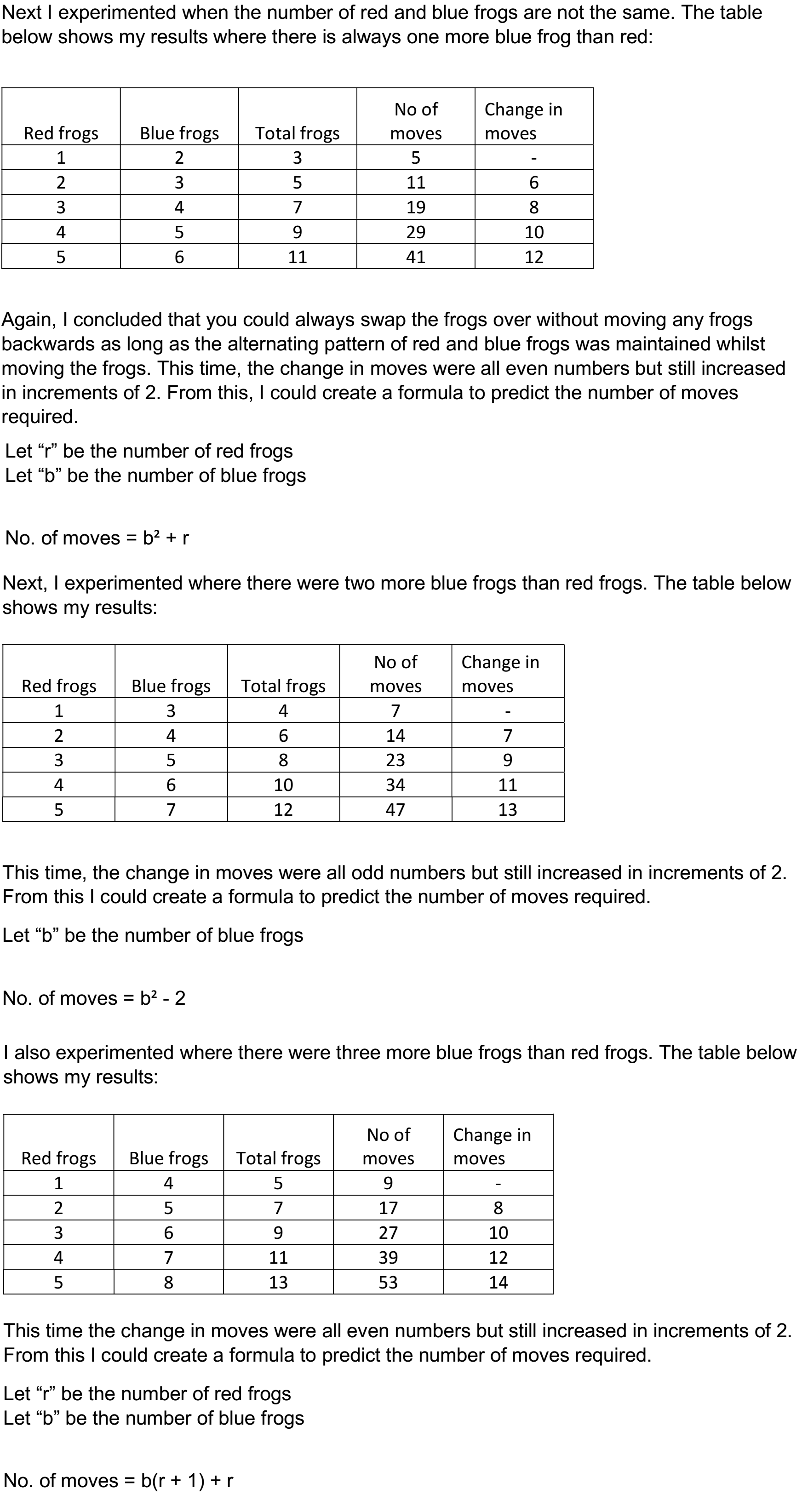 Yu-Tong found the same formula, but wrote it in a different and more general way:

At first I used 2 red frogs and 2 blue frogs and the number of moves were 8 and 3 frogs of each colour and got 15. I noticed that 2 red frogs multiplied by 2 blue frogs then doubled would get 8. However this did not work for 3 red and 3 blue frogs so I tried to but it in another way. I found that another way was 2(2+2) and this would also give the answer 8 so I tried the method of 3 red and 3 blue frogs and it got me the answer 15. After many tries I came to a conclusion that with the same number of frogs on each side the method{2(2+2) = a(a+a)} works so then I tried it on an occasion when the number of frogs aren't the same.

When I tried 2 red frogs and 3 blue frogs I found out that either way it would be one less or one too more. From this I figure out that this equation a(a+a) is the same as a*a+a+a and if the numbers are different then it would be a*b+a+b. The main methods used was first looking for a pattern that I wrote it in algebra and then expanded it to get the solution.