We received lots of good solutions to this task, so thank you to everybody who sent in their ideas!

Lots of children thought very carefully about what the best strategy was, but didn't notice that the petals you colour have to be next to each other. Benjamin from West Burton School in England explained his strategy clearly:

If you go first, colour in 2 petals so whether they colour in 1 or 2 petals, you can colour in the last one.

Thank you Benjamin, and thank you also to Anika from NAFL in India, the children at Greenwich House School in England, and Oak Class at Lythe School in the UK for sending in very similar explanations. Actually, there is a way for the second player to win...

The children at Waverley Primary School in the UK sent in lots of great ideas. Abbigail came up with a winning strategy for the second player:

Well done, Abbigail! We had very similar explanations sent in by Florence and Mateo from Clifton College Prep School in England and by James from Twyford School in the UK. Thank you all for sending us your ideas.

Rye from Crudgington Primary School in the UK explained this in a slightly different way, and sent in a picture to show exactly what they meant: 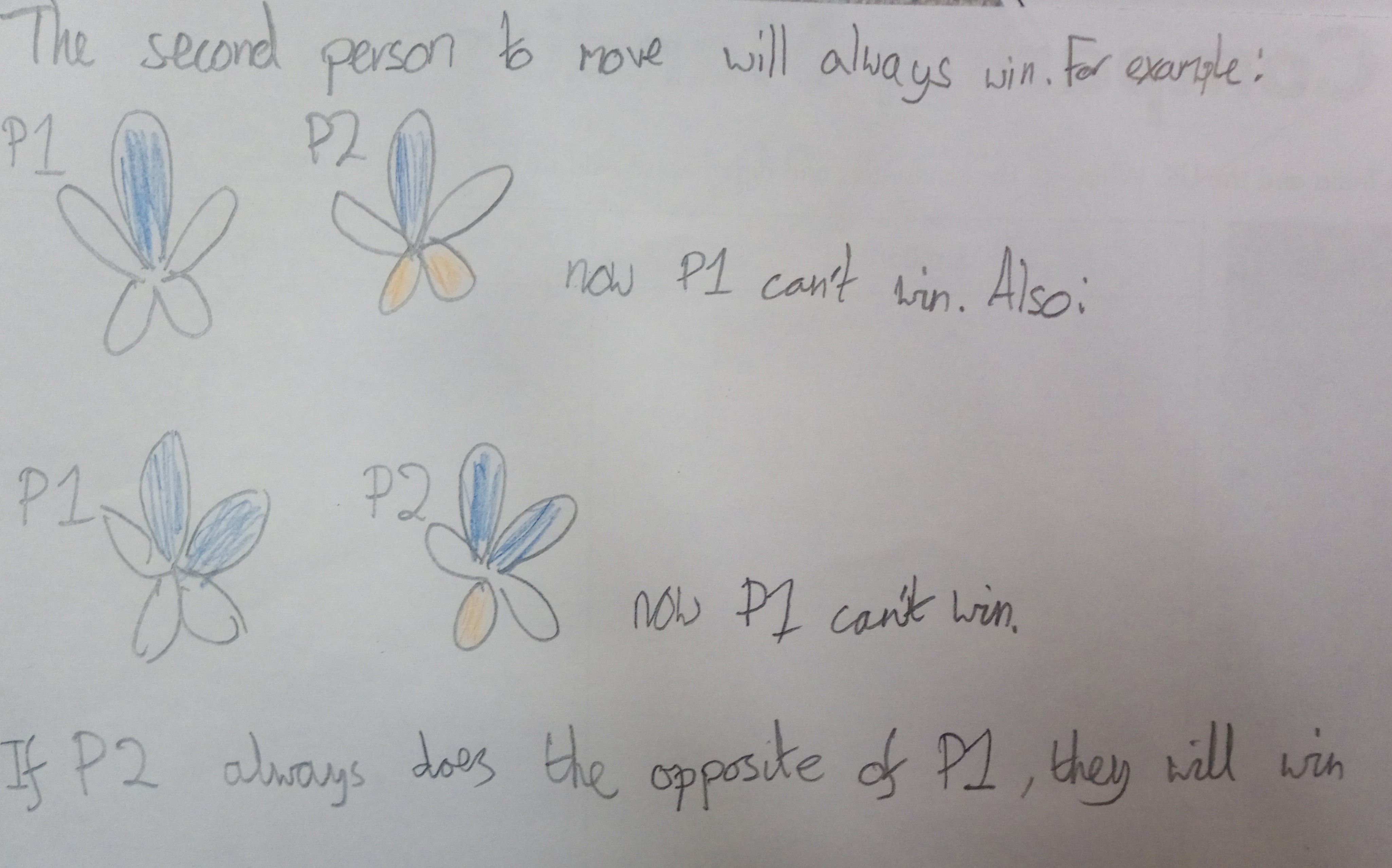