Four rods, two of length a and two of length b, are linked to form a kite. The linkage is moveable so that the angles change. What is the maximum area of the kite?

How many differently shaped rectangles can you build using these equilateral and isosceles triangles? Can you make a square?

Mahdi from Mahatma Gandhi International School in India, Alyssa from NGHS in the UK and Julia from Tanglin Trust School in Singapore found all of the angles. This is Mahdi's work: 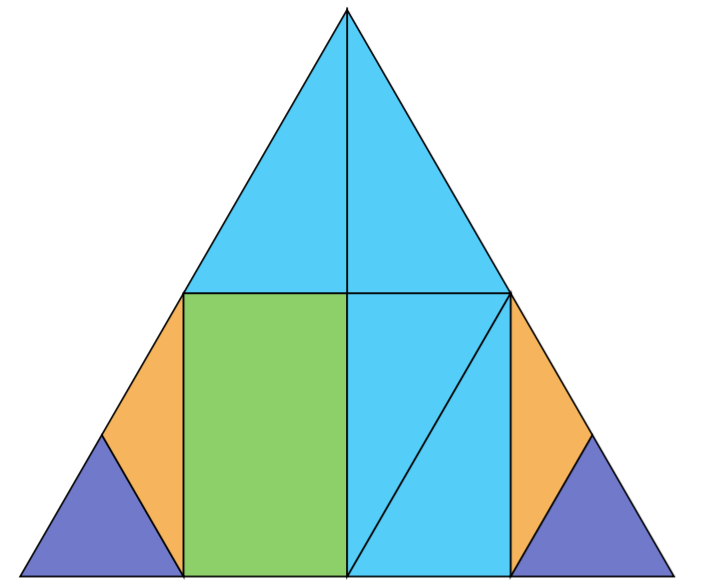 Shapes with same colours are congruent. We can easily note this because all their sides are equal. We can also observe the following:

We can complete the angles using the above. 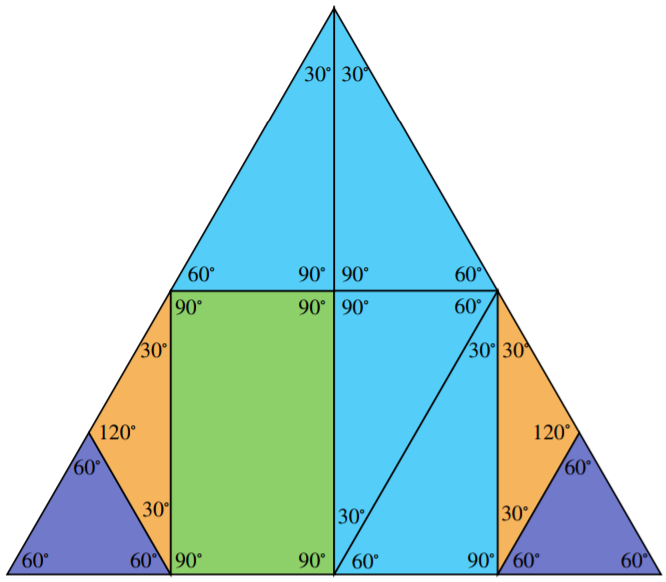 Mahdi and Oscar, Dominic, Olivia, Jodie, Harriet, Rakesh and Mo from Westdene Primary School in the UK worked out the areas of the little shapes, where the area of the smallest equilateral triangle is 1 unit. This is Osacar and Dominic's diagram. They wrote: 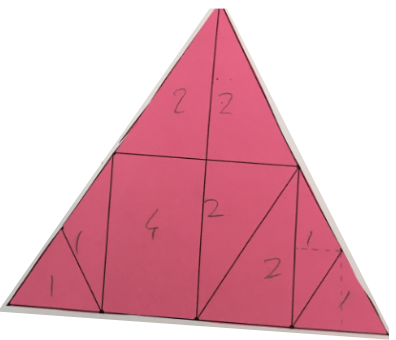 Rakesh, Mo, Olivia, Jodie and Harriet described the same thing in a different way. This is Rakesh and Mo's work, including their method for the rectangle and the right-angled triangle:

The others used a different method for the rectangle. Olivia, Jodie and Harriet wrote:

A rectangle must be four units because it is double the right angle triangle.

Kevin from Malvern College Hong Kong, Josh and Amara from Westdene Primary School and Julia used a different method to find the areas of the shapes. Julia wrote:

The triangle can be separated in 16 one unit triangles. 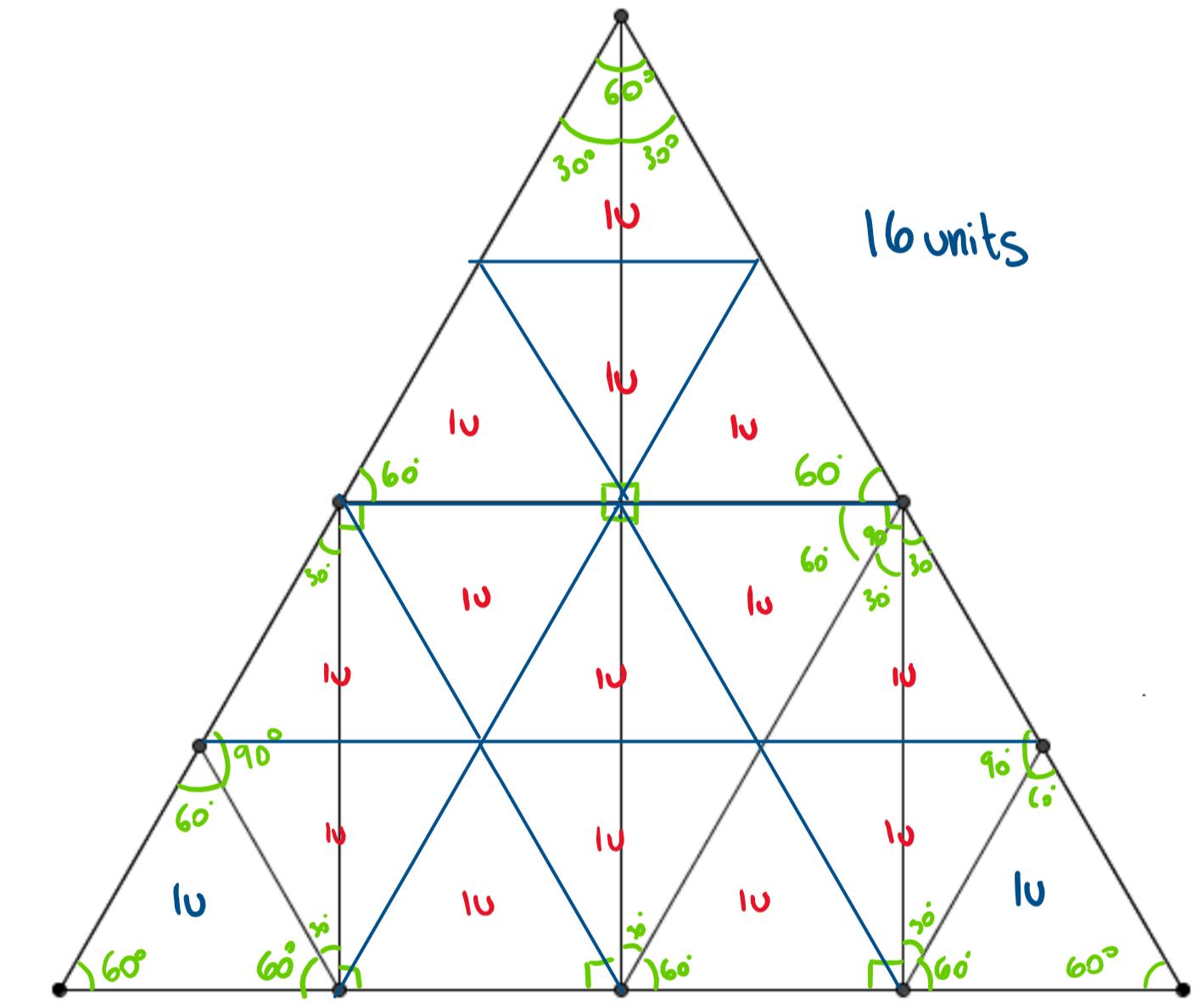 Book and Priya from Bangkok Patana School in Thailand were able to find the angles in each of the cut out shapes and they were able to make 15 different trapezia. 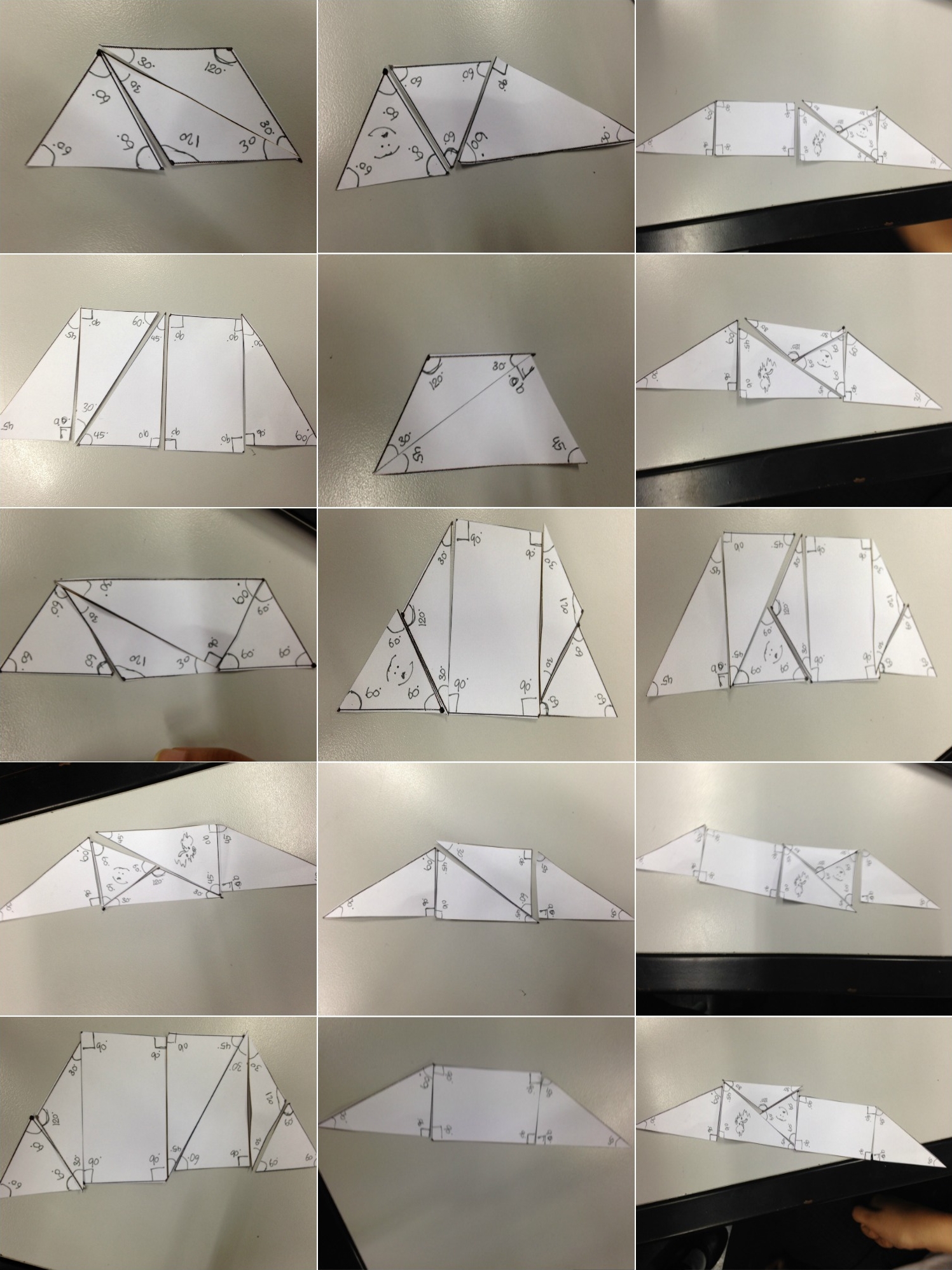 Ethan from Meopham Community Academy in the UK and Kevin both found more different trapeziums, parallelograms, rectanges and other quadrilaterals. This is Kevin's work. Notice that Kevin's trapeziums are almost all different to Book and Priya's trapeziums. 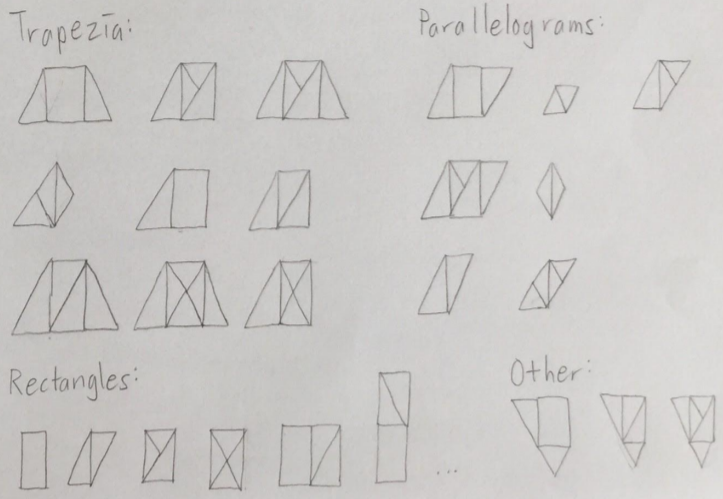 These are Ethan's trapeziums and parallelograms. 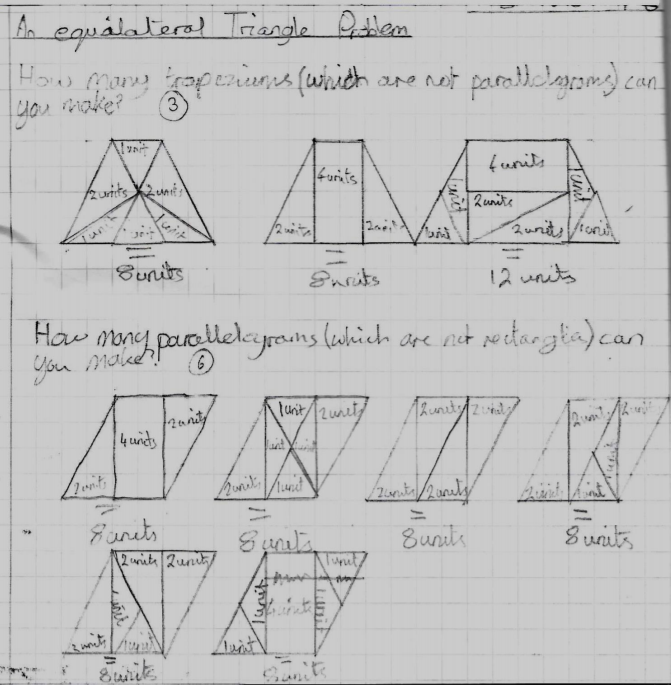 Ethan found the same rectangles as Kevin, plus these: 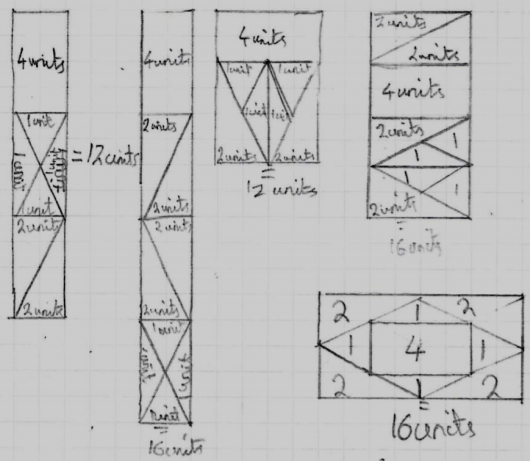 Mahdi considered different ways to make rectangles congruent to the little rectangle to try and make a list of all of the possible rectangles. Some of Ethan's are missing from the list, but it is a very good systematic approach. Click here to see Mahdi's working and rectangles.