A floor is covered by a tessellation of equilateral triangles, each having three equal arcs inside it. What proportion of the area of the tessellation is shaded?

We received lots of excellent solutions to this problem, so thank you to Peter from Durham Johnston School in Durham, Tom, Ronan, Carmi, Nardia, Bryn, Justin, Vivek, Priya, Aden, Tegan and Lucy from St Stephen's School Carramar in Australia for sending us your solutions.

Peter sent us a clear explanation of how to find the angle of rotation for each of the pictures.


Ronan sent us an explanation of how to find most of the angles in the first picture. 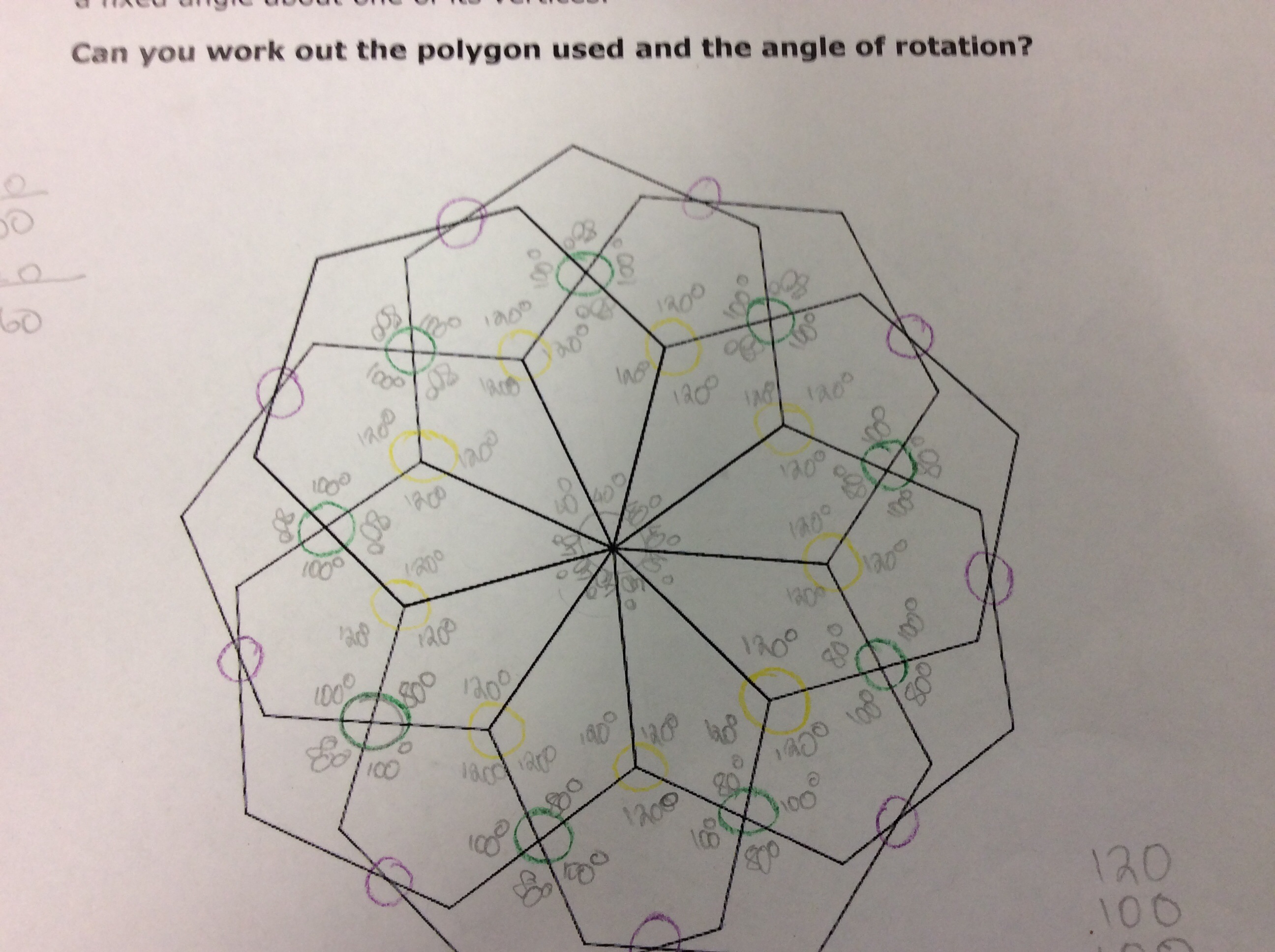 
Vivek offered us a method of finding the rest of the angles in the first picture. He begins by finding the purple angles from Ronan's diagram.


All of the solutions we received (except for Peter's) focused on the first diagram, with the rotating hexagons.

Can anyone find each of the angles in the second diagram (with the rotating pentagons)?
Mathematical reasoning & proof. Cubes & cuboids. Generalising. Angles - points, lines and parallel lines. Interactivities. Regular polygons and circles. Squares. Visualising. Angle properties of polygons. 2D shapes and their properties.
The NRICH Project aims to enrich the mathematical experiences of all learners. To support this aim, members of the NRICH team work in a wide range of capacities, including providing professional development for teachers wishing to embed rich mathematical tasks into everyday classroom practice.