Yihuan from Pate's Grammar School in the UK, Ci Hui Minh Ngoc from Kelvin Grove State College (Brisbane) in Australia and Boyi from Wellington College International Shanghai found the angles in triangle $AHI.$ This is Yihuan's explanation with Boyi's diagram. 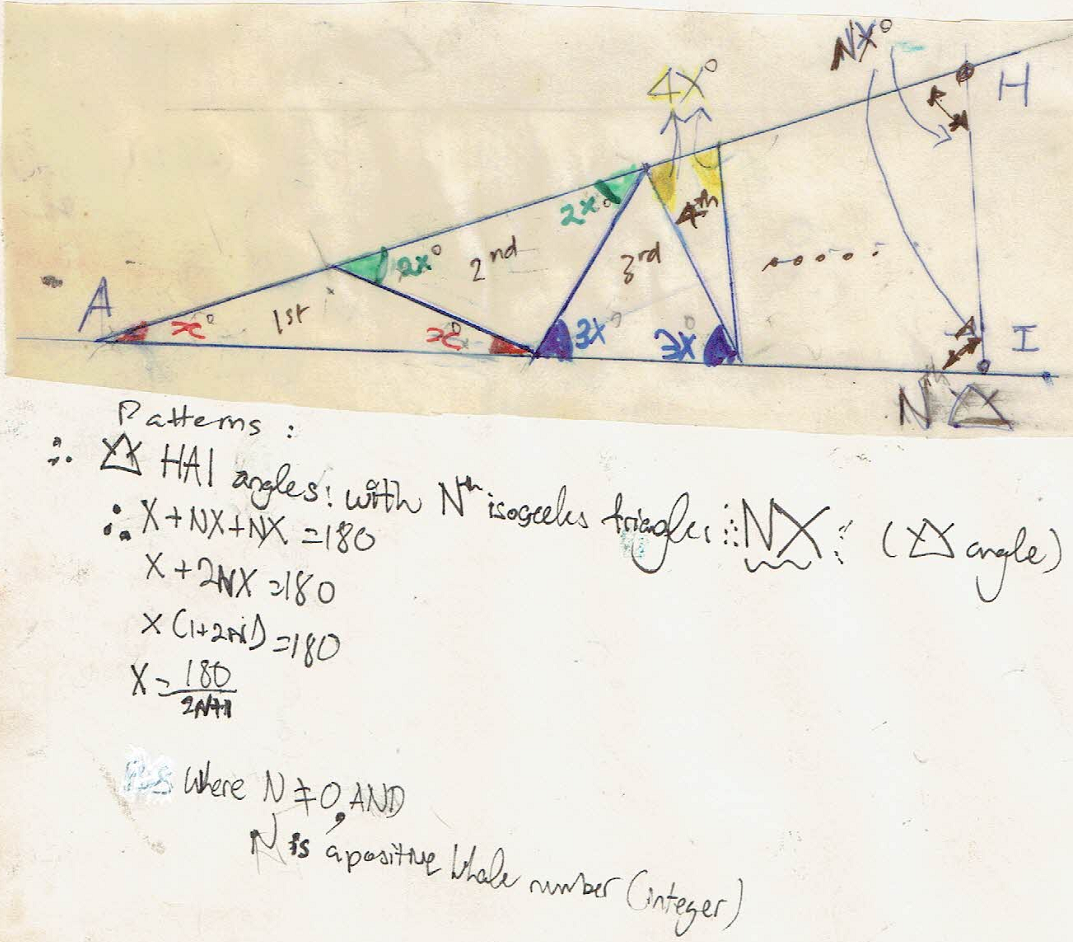 From here, Boyi found a triangle made up of a number of smaller isosceles triangles in which the angles are all whole numbers: 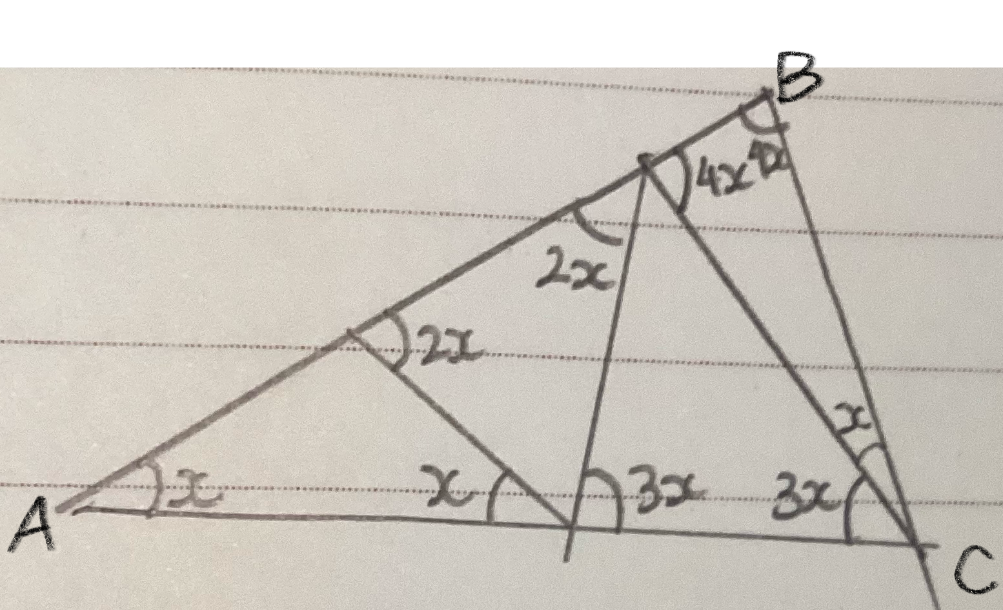 Yihuan explained how to find all of the possible whole-number angles in isosceles triangles made in this way:

Ci Hui Minh Ngoc used a table and graph to explore the sizes of the angles for different values of $n.$ Click on the image to see a larger version. 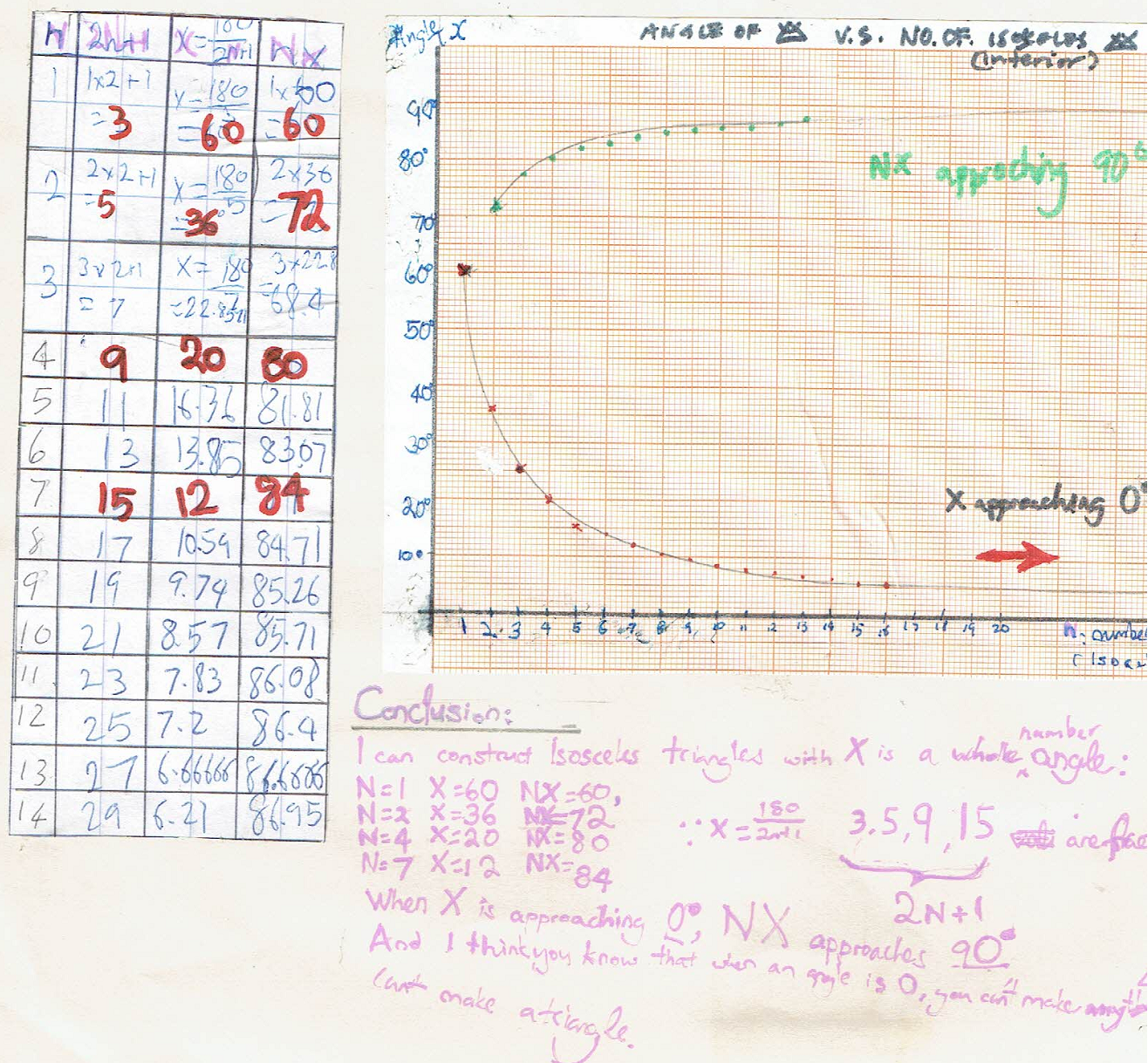 There is one more value of $n$ which gives a whole number value for $x$. Can you find it?