This problem is an "angle chase" problem, which requires knowledge of angles in an isosceles triangle, and angles on a straight line.  It requires students to have the ability to express the problem algebraically, and to then solve the equation that emerges.

Students are then challenged to think more generally.

This problem featured in the NRICH Secondary webinar in April 2022.

Project the problem onto a board and ask students which lengths are equal.  Mark these onto the diagram and ask students how many isosceles triangles they can find (and the names of them!). 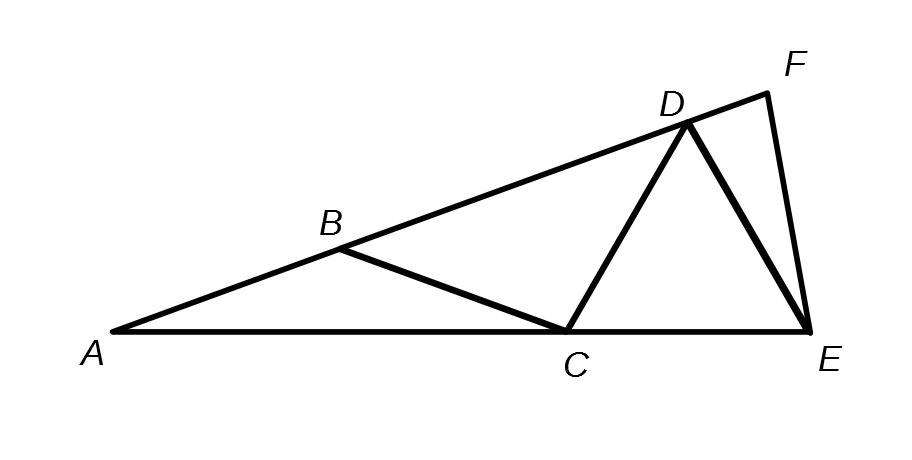