The points P, Q, R and S are the midpoints of the edges of a non-convex quadrilateral.What do you notice about the quadrilateral PQRS and its area? 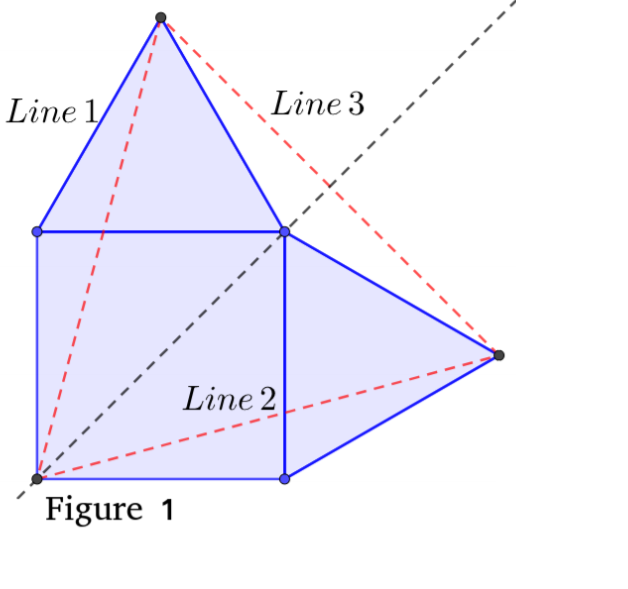 One way to prove that the triangle created is equilateral is to show that each side is the same.
If the sides of the triangle are named 1, 2 and 3, then it is clear (from Figure 1) that 1 and 2 are equal, by symmetry. It is a line of symmetry because the quadrilateral is a square and thus the equilateral triangles formed are identical. The square has a line of symmetry as its diagonal. 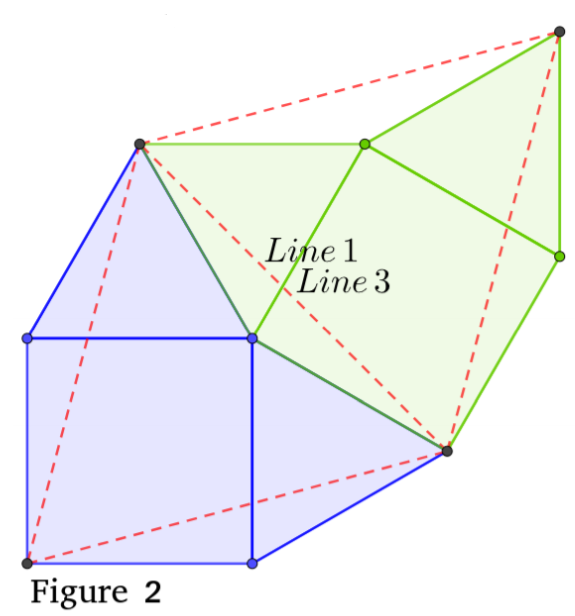 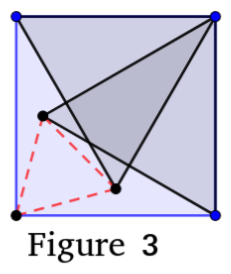 If the equilateral triangles are drawn on the inside, another triangle is formed. A diagram can be seen in (Figure 3).

Again, by symmetry Line 1 and 2 are equal.

In (Figure 4) a copy of the diagram has been placed on the side of the
rightmost equilateral triangle. 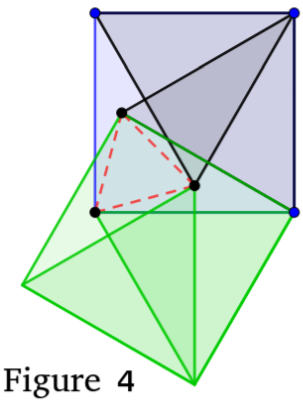 The only thing that has changed is which side is which. The kite that contains two sides of the red triangle has been rotated. This shows that the 3rd side is equal to the first.

Line 1 = Line 2 = Line 3
Therefore it is an equilateral triangle.

Kian from King Edward VII School in the UK used angles to prove that the triangle formed is equilateral: 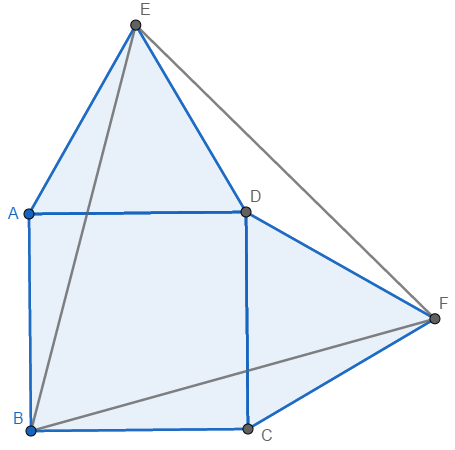 Let the vertices of the square be $A, B, C, D,$ and let $E$ and $F$ be the points outside the square such that $AED$ and $DFC$ are equilateral triangles, as shown in the diagram.


Jake from GSAL in the UK used the cosine rule: 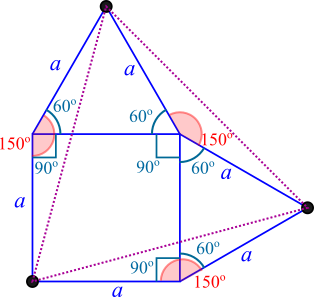 Notice that Jake didn't actually need to apply the cosine rule - the three isosceles triangles must be congruent, since they have the same shorter sides and angle. So their longer sides must also all be equal.

The two equilateral triangles
Pablo and Kian both used similar triangles. This is Pablo's work: 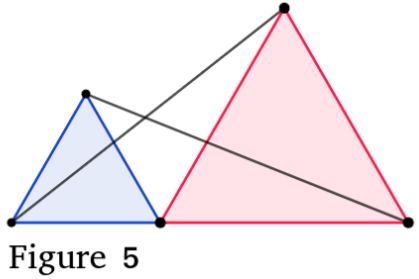 (Figure 5) shows the diagram. The segments from the tips of the equilateral triangles to the opposite end of the baseline are equal. 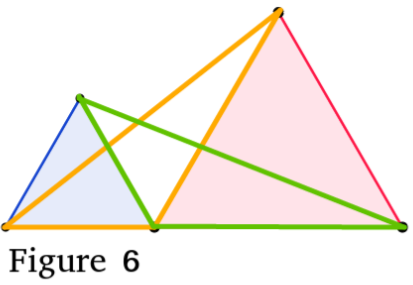 Therefore the triangles are congruent and so the last side for each is equal. 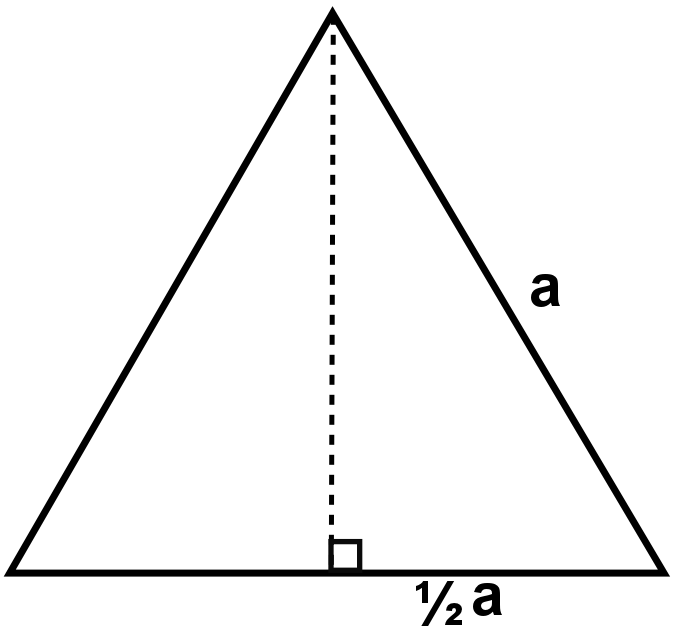 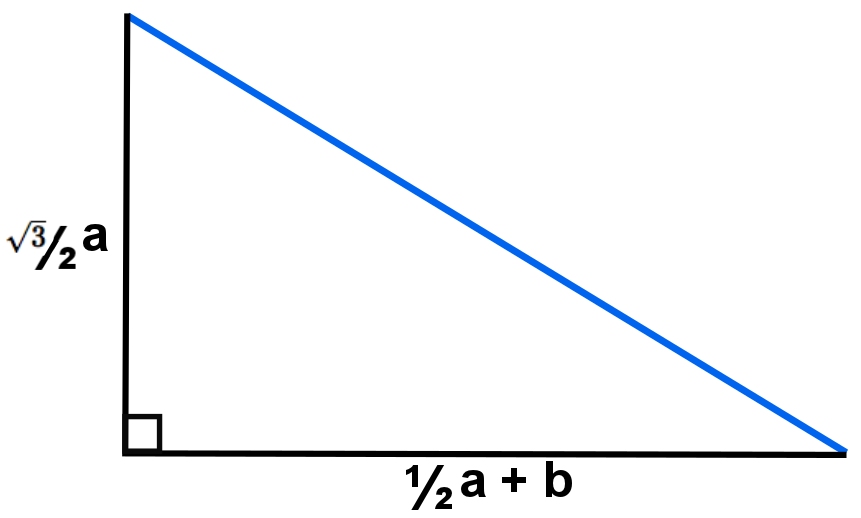 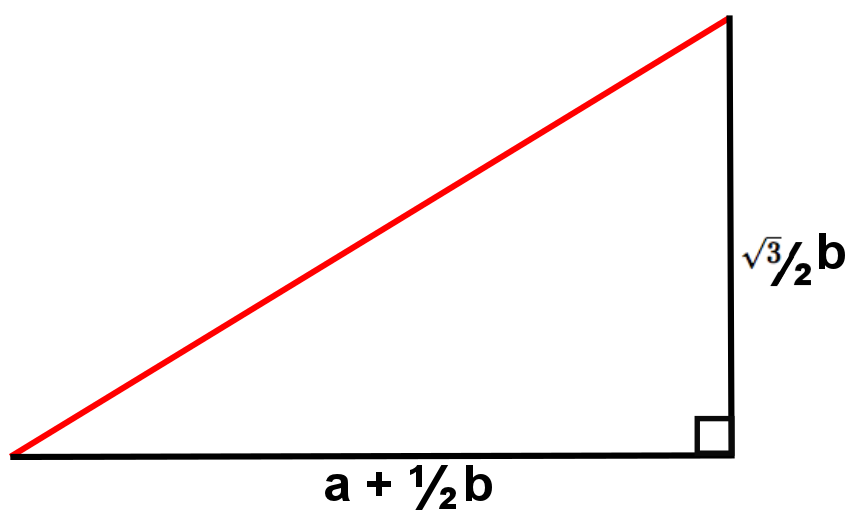 So the red and blue lines are the same length.
The NRICH Project aims to enrich the mathematical experiences of all learners. To support this aim, members of the NRICH team work in a wide range of capacities, including providing professional development for teachers wishing to embed rich mathematical tasks into everyday classroom practice.