Is it Magic or Is it Maths?

Here are three 'tricks' to amaze your friends. But the really clever trick is explaining to them why these 'tricks' are maths not magic. Like all good magicians, you should practice by trying them. Can you explain how they work?

Holly from Malet Lamber School managed to find the following way of arranging the numbers $1$ to $7$, with the numbers in each circle adding up to $13$: 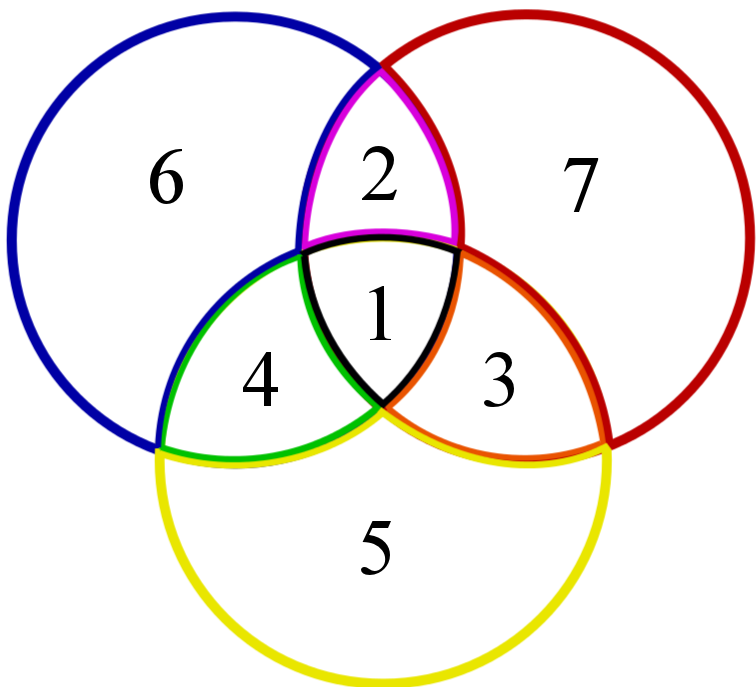 Michael from Sevenoaks found a different way of arranging the numbers to give a total of $13$ in each circle: 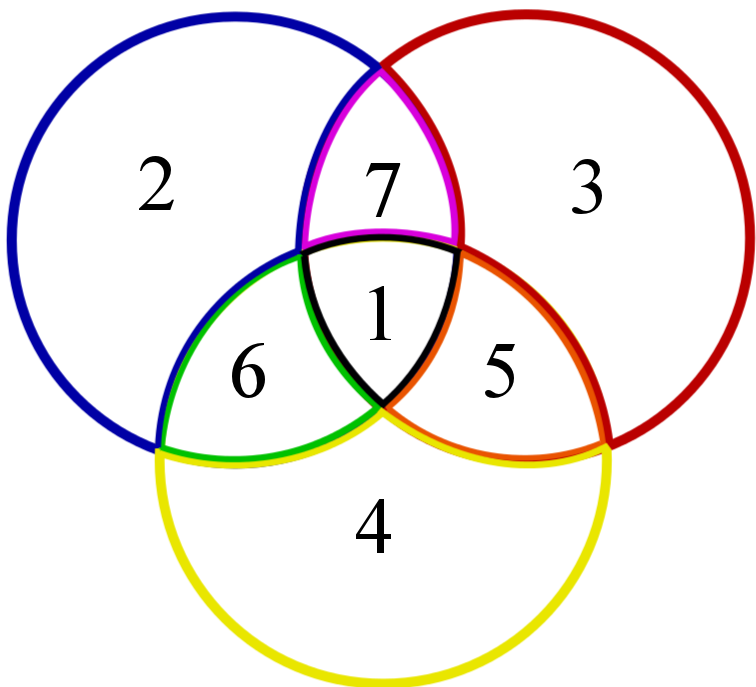 Jack from Hitchin Boys' School found an arrangement where the numbers in each circle added to $14$: 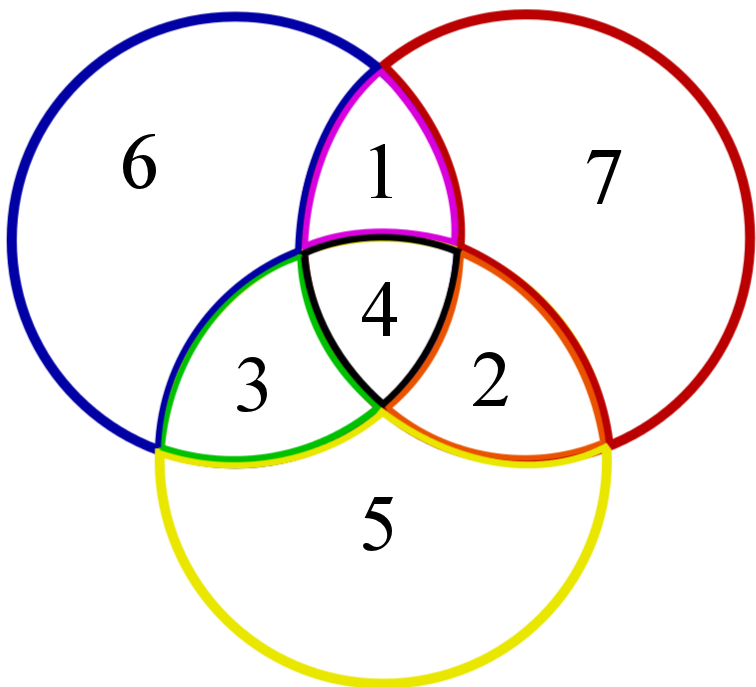 Hazel from Kings Norton Girls' School found these and two more solutions - each had $7$ in the central area, but in one solution the numbers in all the circles totalled $16$ and in the other they totalled $19$: 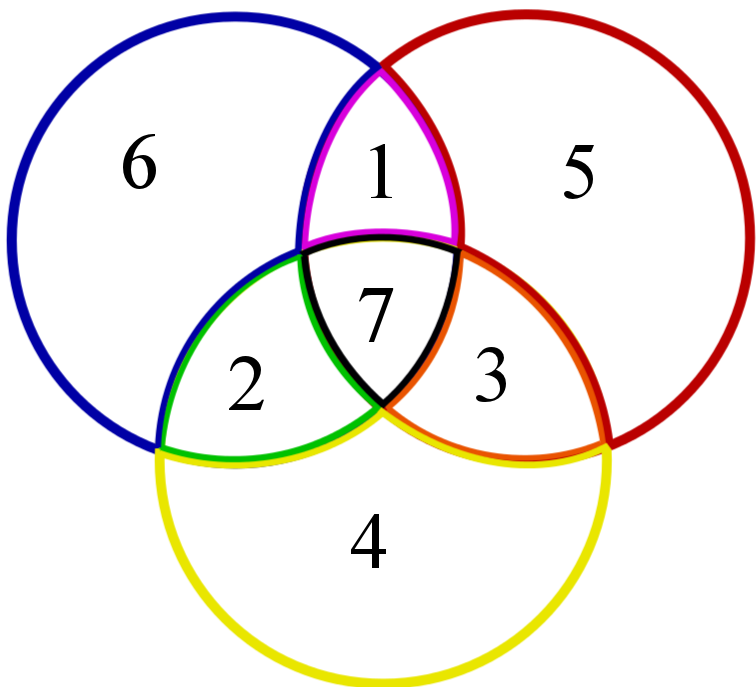 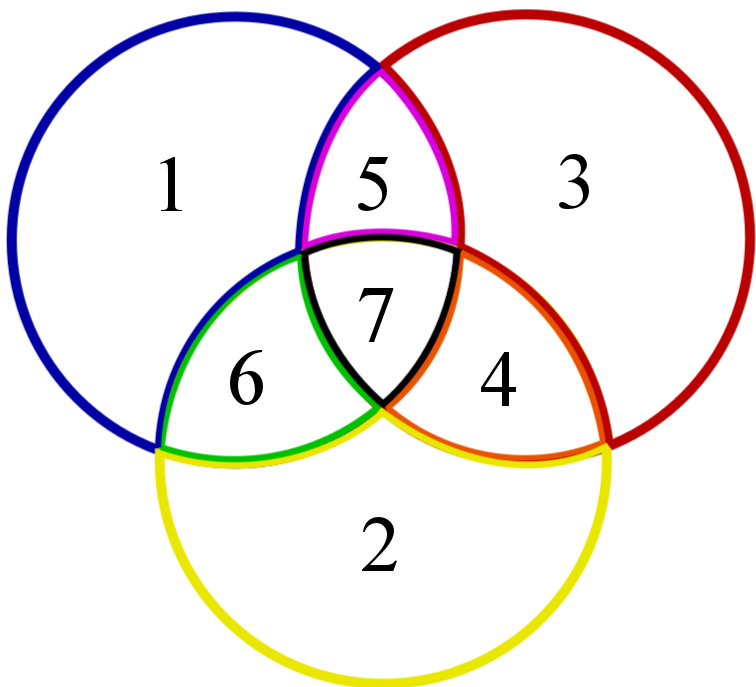 Julian from British School Manila in the Philippines explains why it is impossible to have each circle totalling $16$ with $4$ in the centre:

Pablo, Patricia, Javier and Sara from Kings College Alicante in Spain explained why our total must always be between $13$ and $19$:

Thank you to everyone who submitted a solution to this problem!

Sean from Sacred Heart Catholic College found a solution here where the total of each ring is $11$.

Nabihah from Paddington Academy found a solution where the total of each ring is $13$:

Eva from King´s College, The British School of Alicante, found a solution where the total of each ring is $14$:

I have found a solution for the "Five Rings" Problem for which
all of the circles sum to $14$. I tried other circle sums such as $10$, $11$ and
$12$ but I did not find solutions for these. My method was simply to
experiment with many different combinations.

Zach found each of these solutions, and explains clearly why no other totals can be made here.