We had a very good number of correct solutions sent in with a variety of explanations.

First, I thought of the numbers that are multiples of both 3 and 4, so I tried doing 12.
However, if three coins were heads, which is essential because that is one-quarter of 12, then if I turned two more heads, then it would make five coins heads which are not a third of 12.
Next, I tried doing 24. A quarter of 24 is 6 and 6 and 2 is 8. 8 is a third of 24, so that is how I got the answer.
The methods that I used during this activity is logical thinking and guess, check and improve.

First I thought about multiples of 3 and 4 and which numbers are in both multiples.
So I tried 12 at first but a quarter of 12 is 3 and then if you add 2 it's 5 and that is not a third of 12.
Next, I tried 24 so a quarter is 6 and if you add 2 it's 8. And that is a third of 24. The method I used is guess, check and improve. I think this is a useful method because in this problem it wouldn't be efficient to just test all the number and logically that would take a long time to reach 24.

The first thing we tried was to write a list of the multiples of 3 and 4 and tried to match them up, we tried 12 because both 4 and 3 go into 12 but that didn't work.
Then we realized it had to be bigger than 12 because you can't let the quarter get too big (compared to the number) and become more than one third, so then we experimented with a couple of numbers and finally landed on 24.
So there were 24 coins on the table and 6 had the heads shown we flipped two of the tails over and that made 8 which is one third of 24.

Aadi from Coldspring sent in the following:

Chen from ISL in China wrote:

From Kingsfleet School in Felixstowe, Malakai, George, Joshua and Freya sent in the following.
Their different approaches can be viewed larger on a new page by clicking on the images. 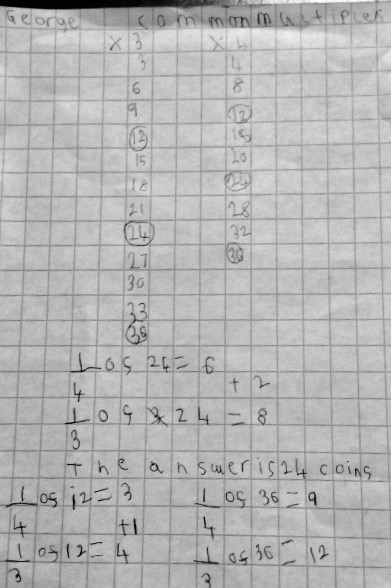 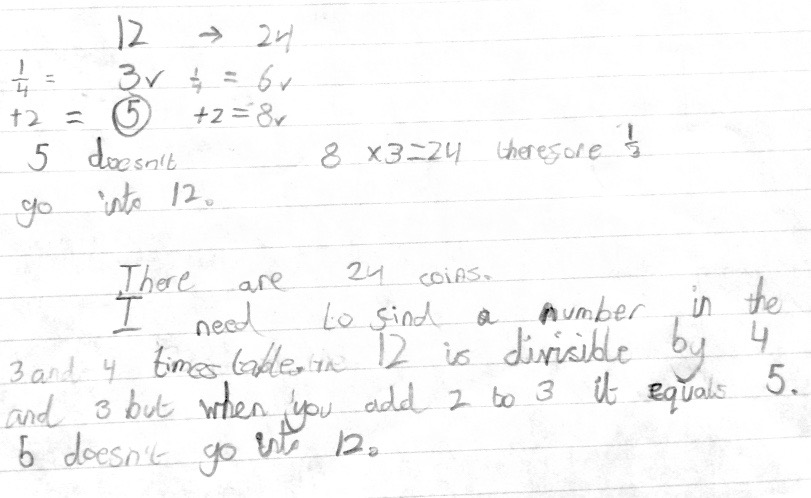 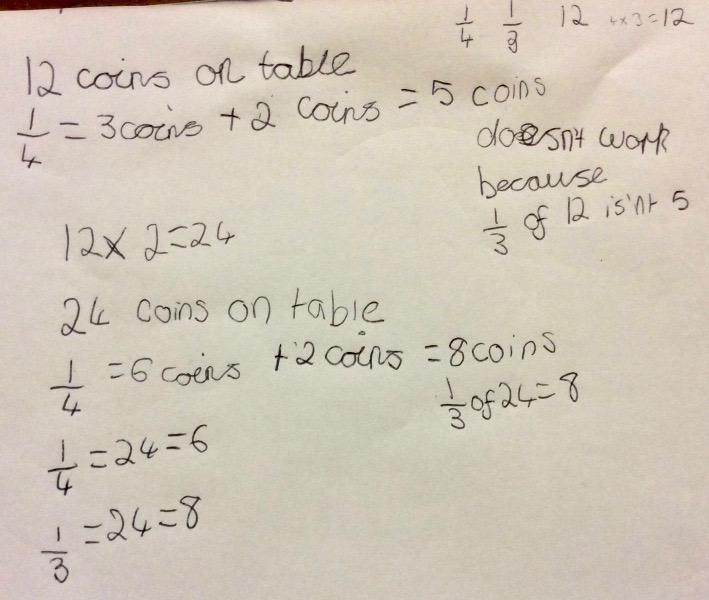 Students from Brussels International School also sent in their different approaches, which can be viewed larger on a new page by clicking on the images: 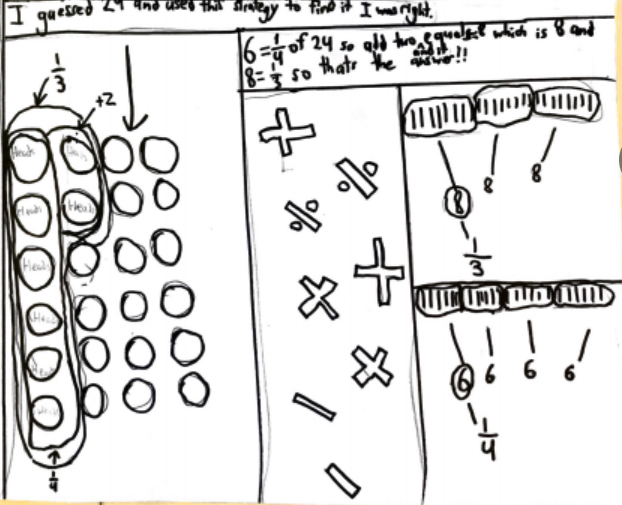 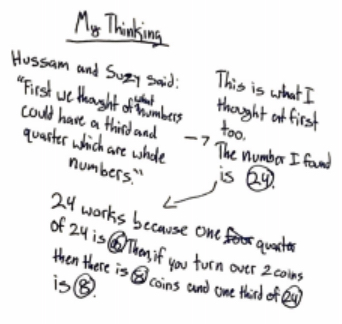 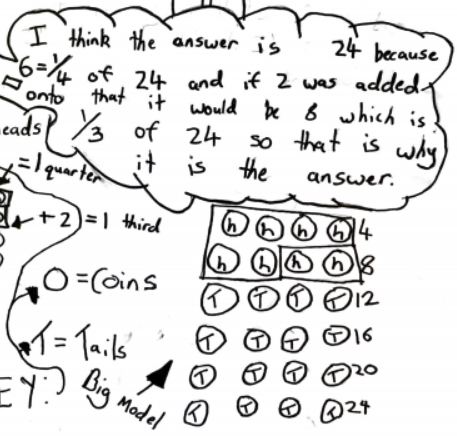 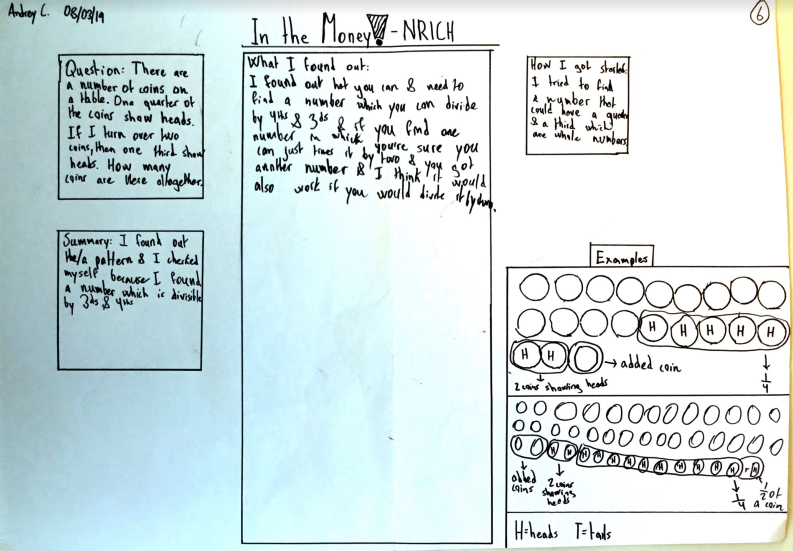 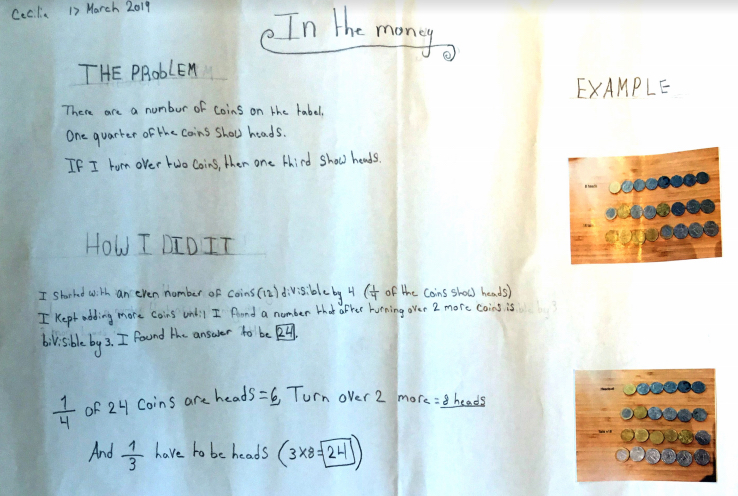 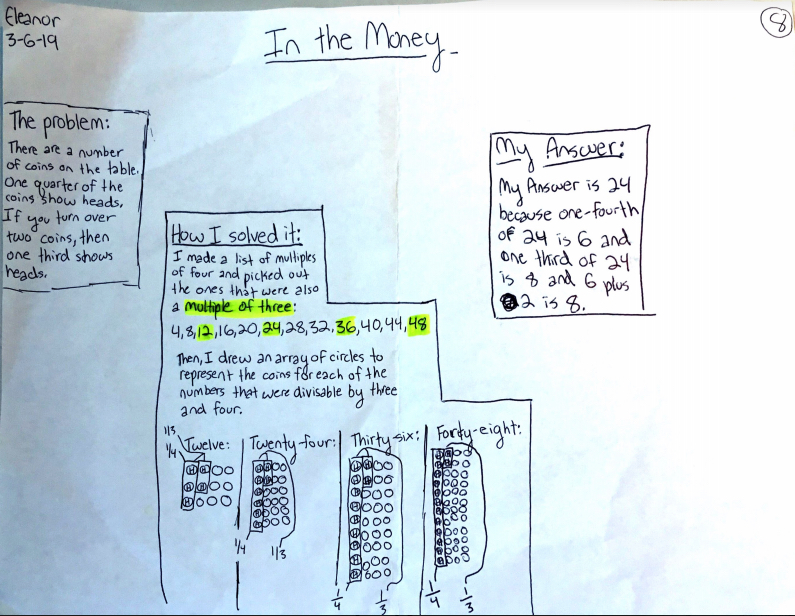 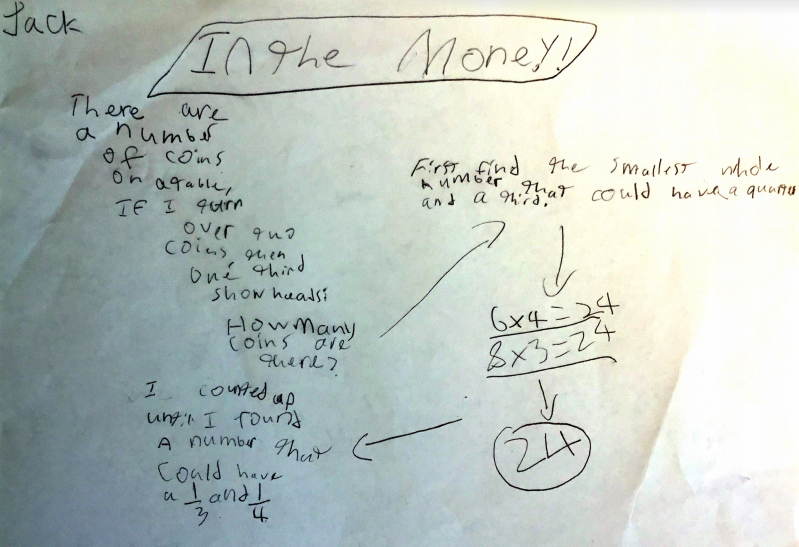 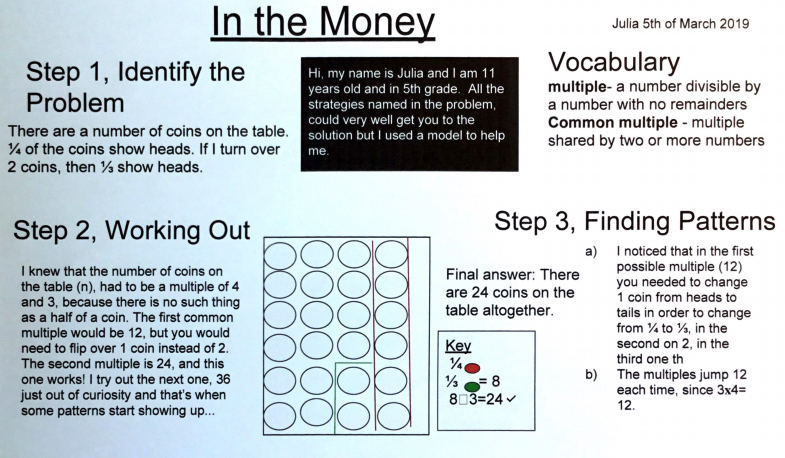 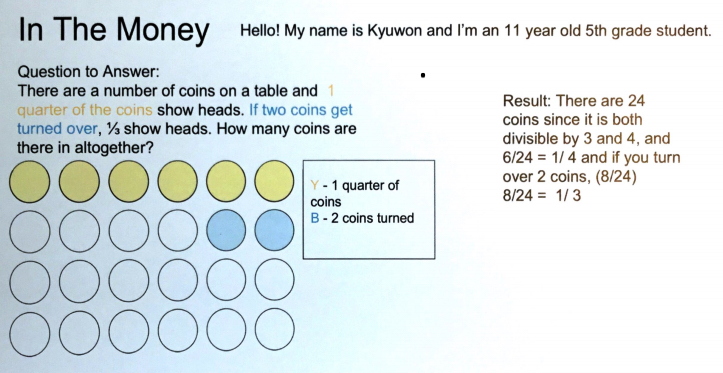 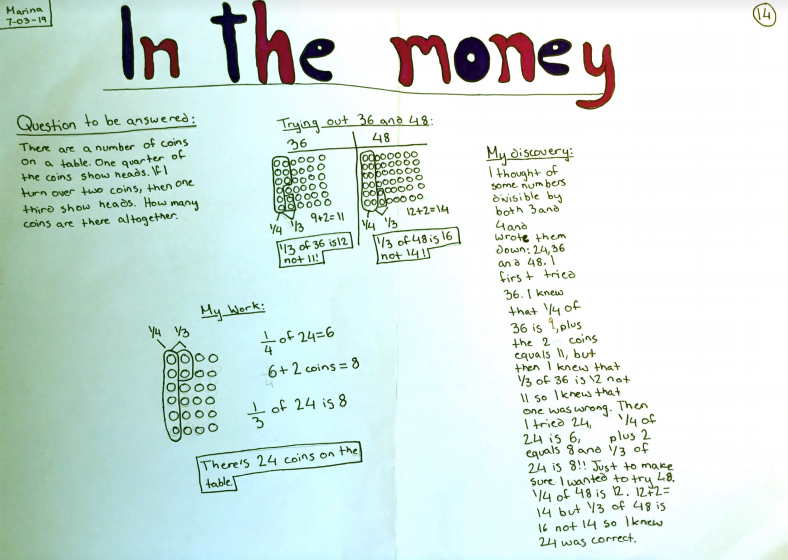 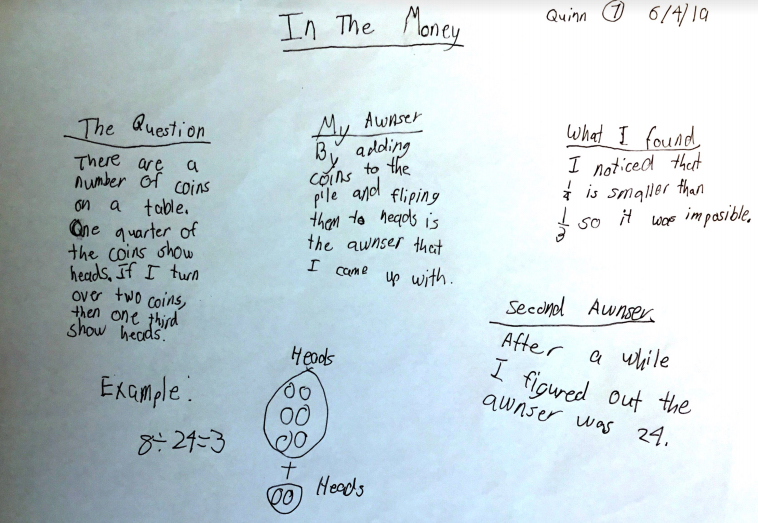 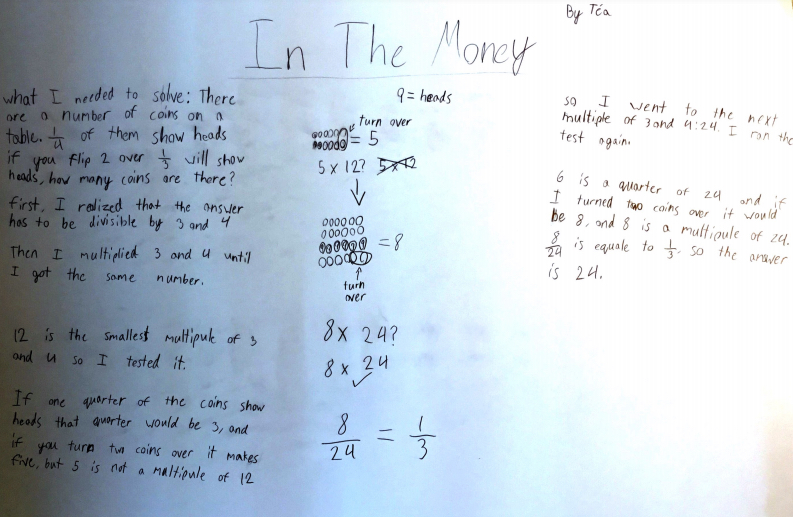 Also from the same school, Emily sent in the following:

Thank you all for your good responses to this challenge. Well done everyone.