Path to the Stars

Fiona from Tattingstone has sent us her drawings: 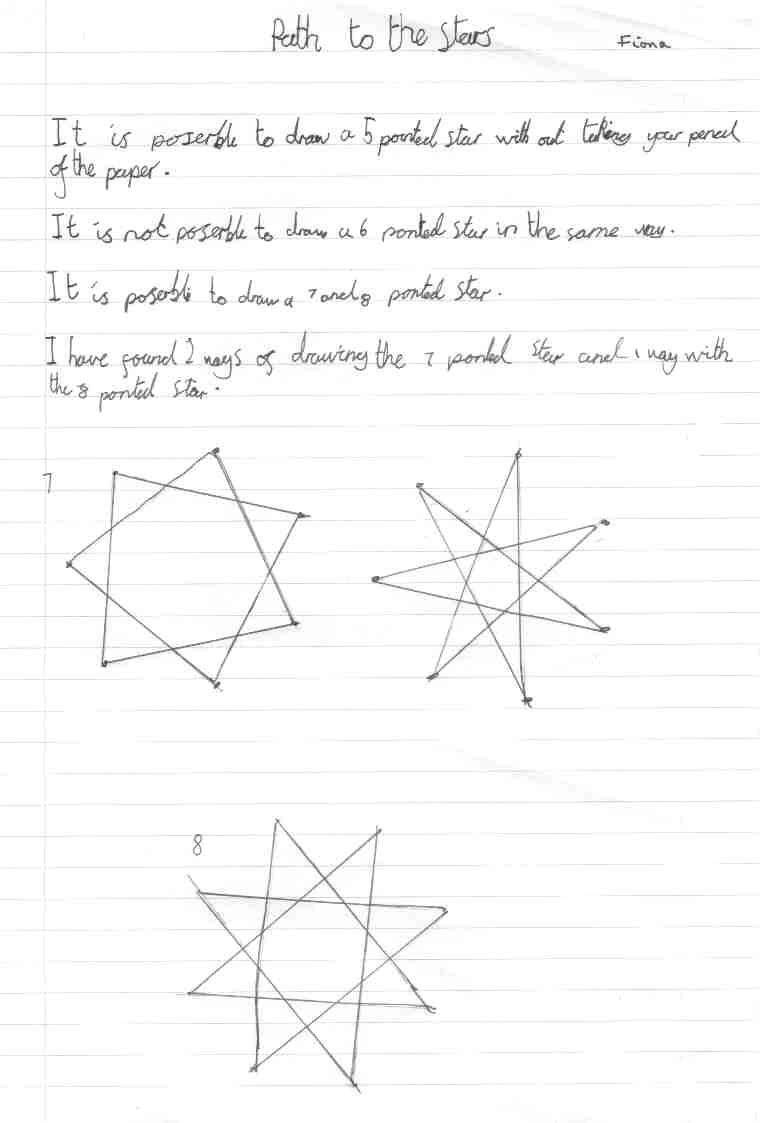 She then goes on to predict whether she will be able to draw the $9$-pointed star and gives a good explanation: 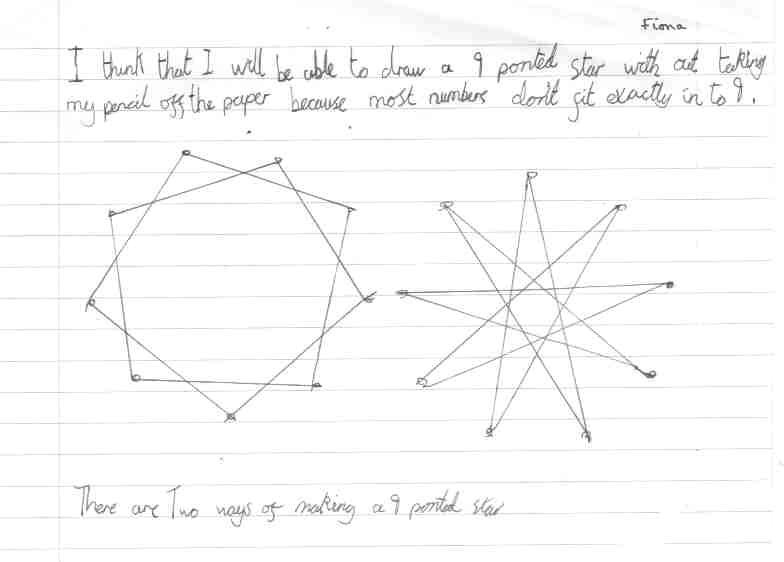 Liam, David, Joseph, Matthew, Chris and Yuji at Moorfield Junior School have also begun to think about why you can draw some stars but not others. They say that for any odd number of points you start at any dot and then miss one out and join a line to the next one. Then you go from that dot to the one after the next. You keep repeating this, but only some even numbers work.

Matthew, Chris and Yuji say that even numbers work if you skip out two dots each time. They go on to say that this doesn't work for numbers in the three times table, which is why we can't draw a $6$-pointed star.