How Long Does it Take?

How long does it take to brush your teeth? One of my strategies is to start from the middle then do the four corners.  After that I fill in the gaps from the edges.

Freddy from Pickhurst wrote the following and showed the screen he got:

When I was playing this game the first thing that I did was choose a random card, read it, work out the answer, memorise what was written on the card and then remember where the card was. I did that every turn and matched up the cards. 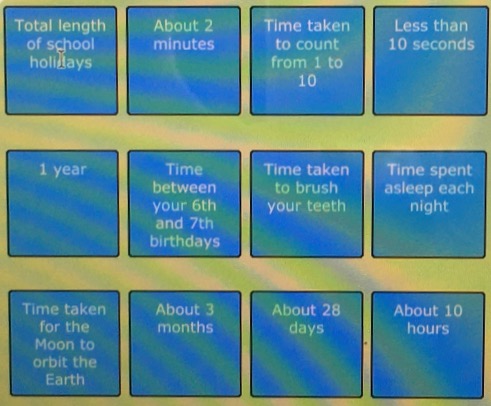