Great Granddad is very proud of his telegram from the Queen congratulating him on his hundredth birthday and he has friends who are even older than he is... When was he born?

This task was used in one of our student webinars, thank you everyone who took part. During the webinar, we received 199 submissions. Some are included in the published solution, but to see all of them together, click  here.docx


6AT from Castle Academy noticed that:
...all answers are in the 3 times table
We discovered that adding 3 even numbers have the same result.


Taking this idea further, Max from Holy Trinity Pewley Down sent in this observation:- 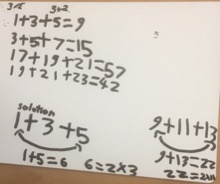 Zara, Rizni and Mia from St. Christophers made the following observations:- 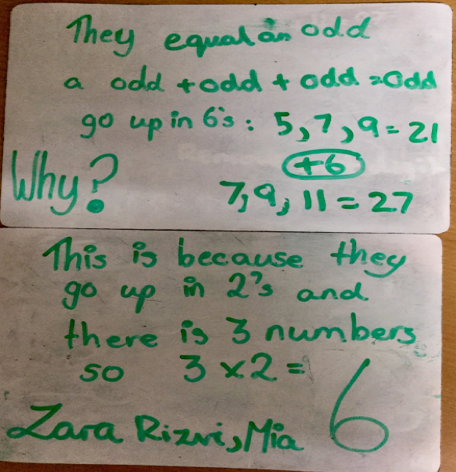 and Alvic and Sophie also from St. Christopher's added the following:- 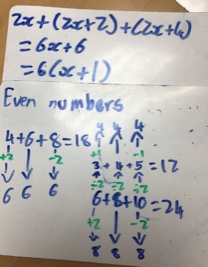 
Ashlyn Roy and Grace from St Christopher's Bahrain produced a simple algebra for the 3 houses:-

Louis from Olga Primary noticed something similar adding 5 consecutive houses:
When you add 5 odd numbers together the middle number always is the [middle number] times by 5.
I think this is because with each time the two numbers before taking away 4 and the 2 after adding four cancelling out the 4 before so you end up with the answer. 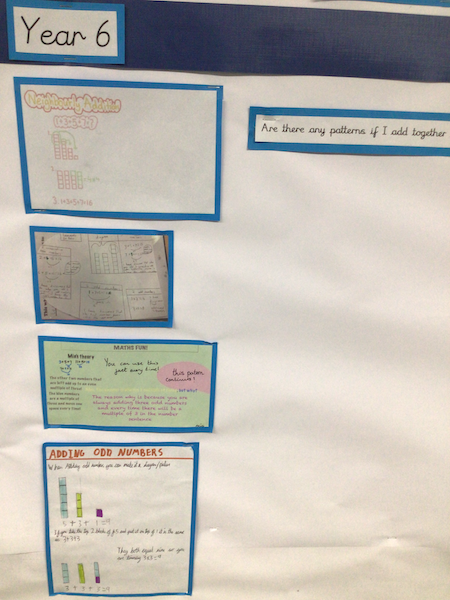 Shriya from The International School Frankfurt in Germany explained this using algebra:-
If I add five house numbers, the result would be 5 times the middle number
because -2 would cancel +2 and -4 would cancel +4.
E.g. 2+4+6+8+10=30
The middle number is 6.
6Ã—5=30
This is the same with odd numbers.

Frida and Jake from Colneis Junior School thought about the sequences made by the totals. This is some of Frida's work:

Jake also tried adding numbers with gaps other than 2: 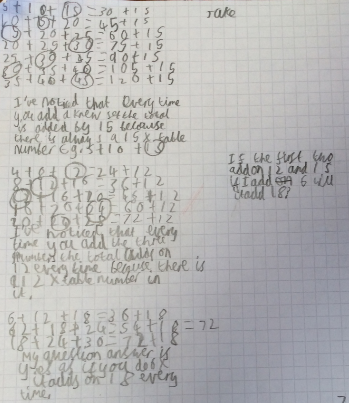 David's proof of this formula for even numbers: 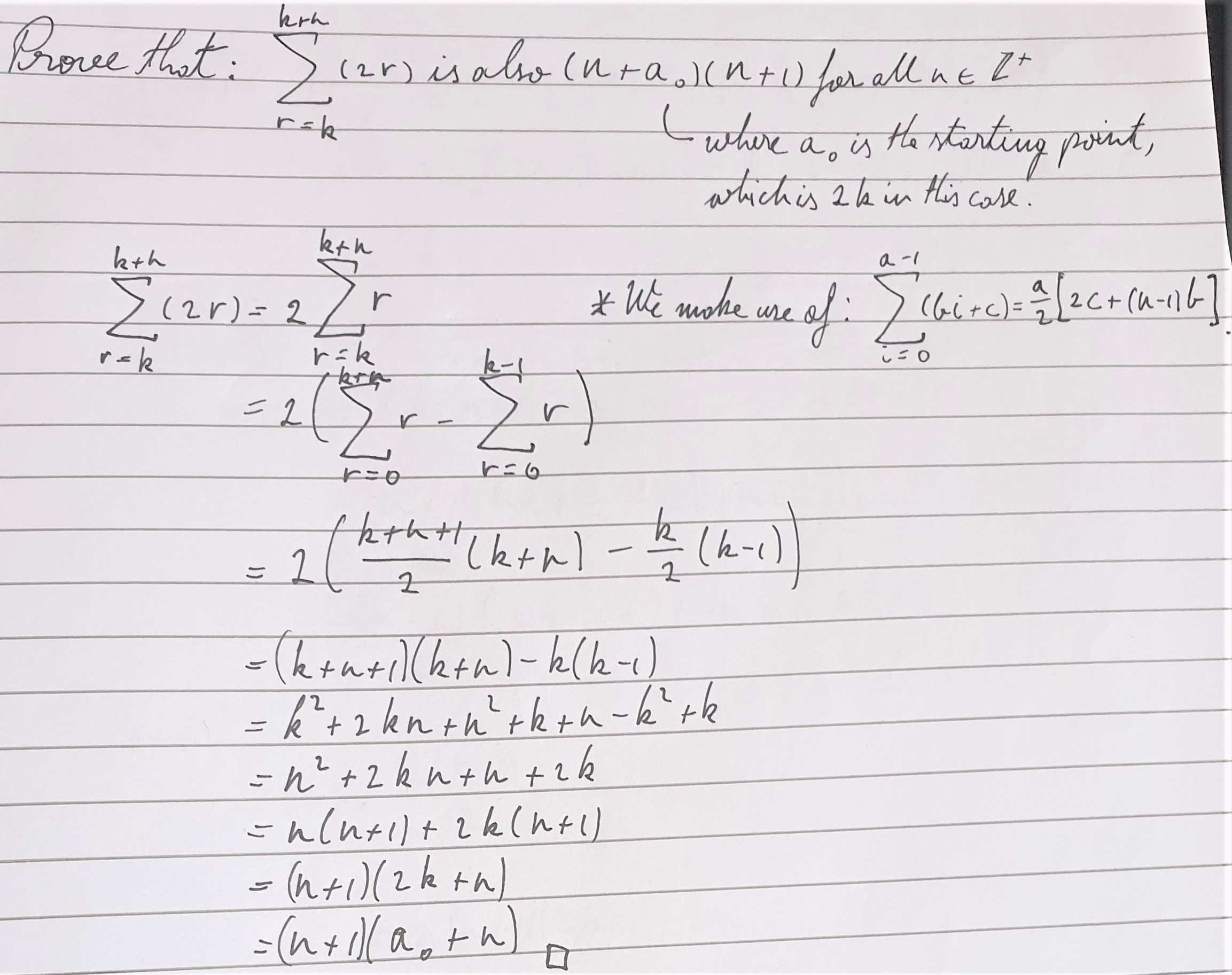 David's proof of this formula for odd numbers using proof by induction: 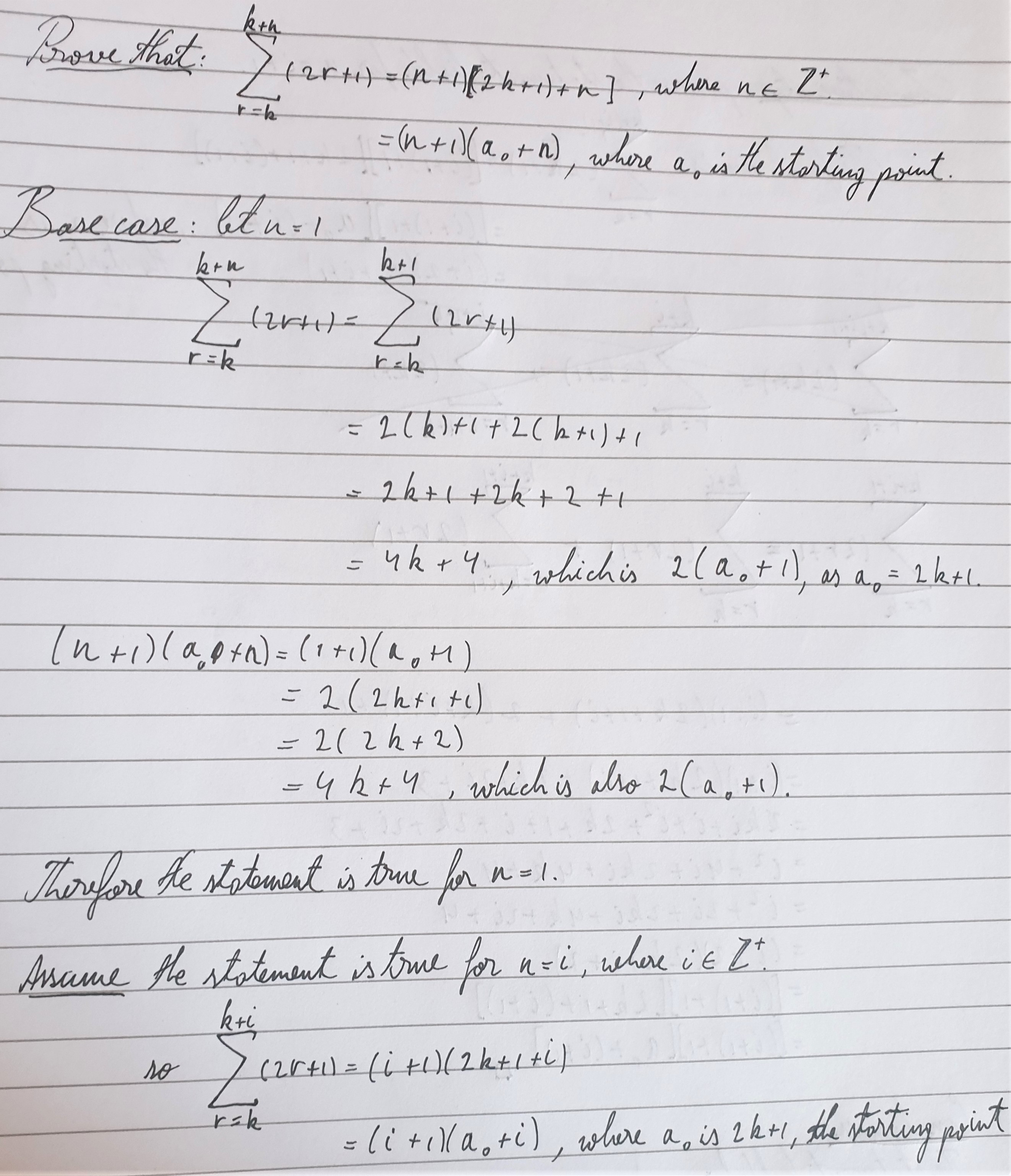 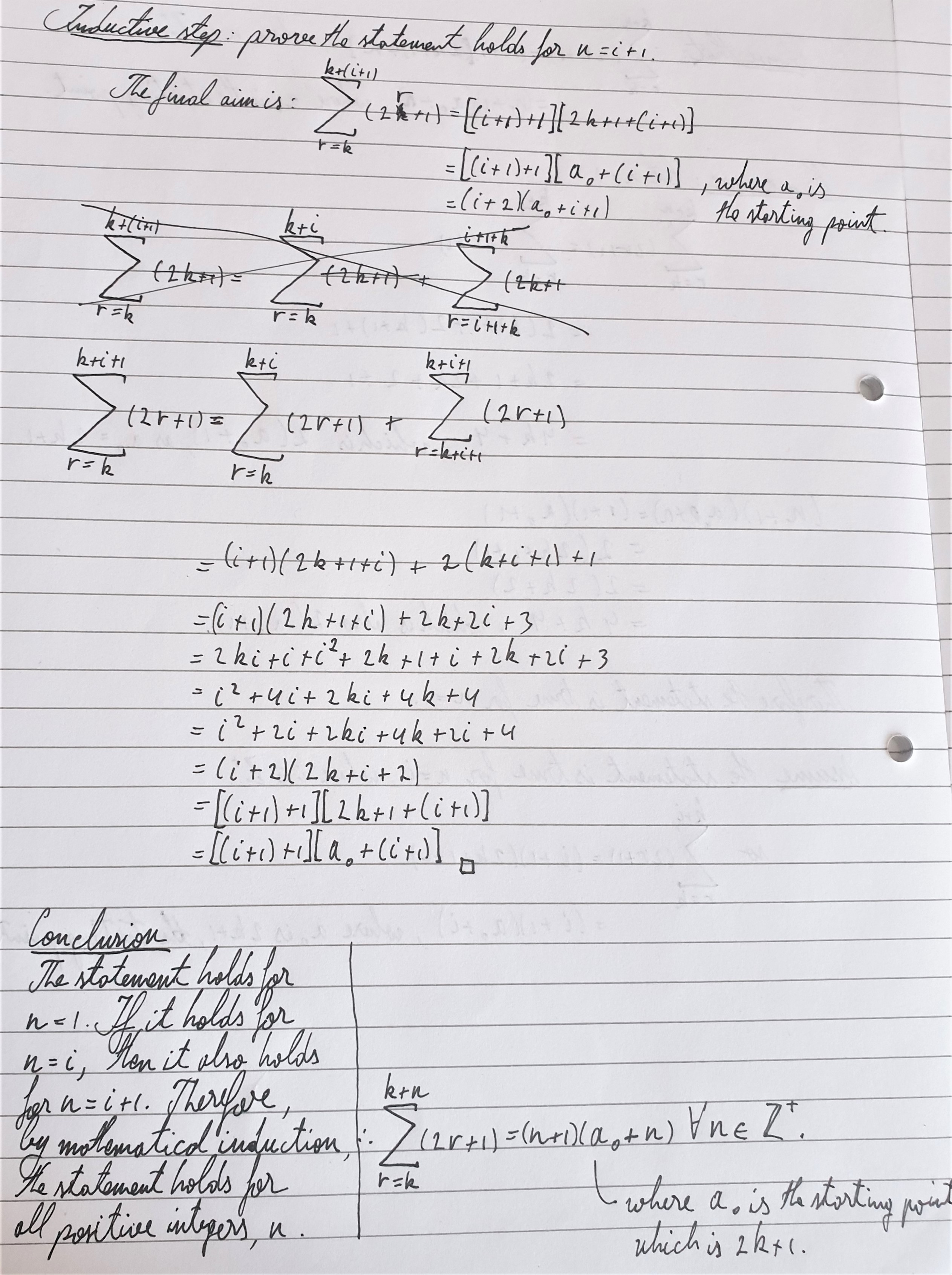 David's proof of the formula without using proof by induction:

David's formula for gaps other than 2: 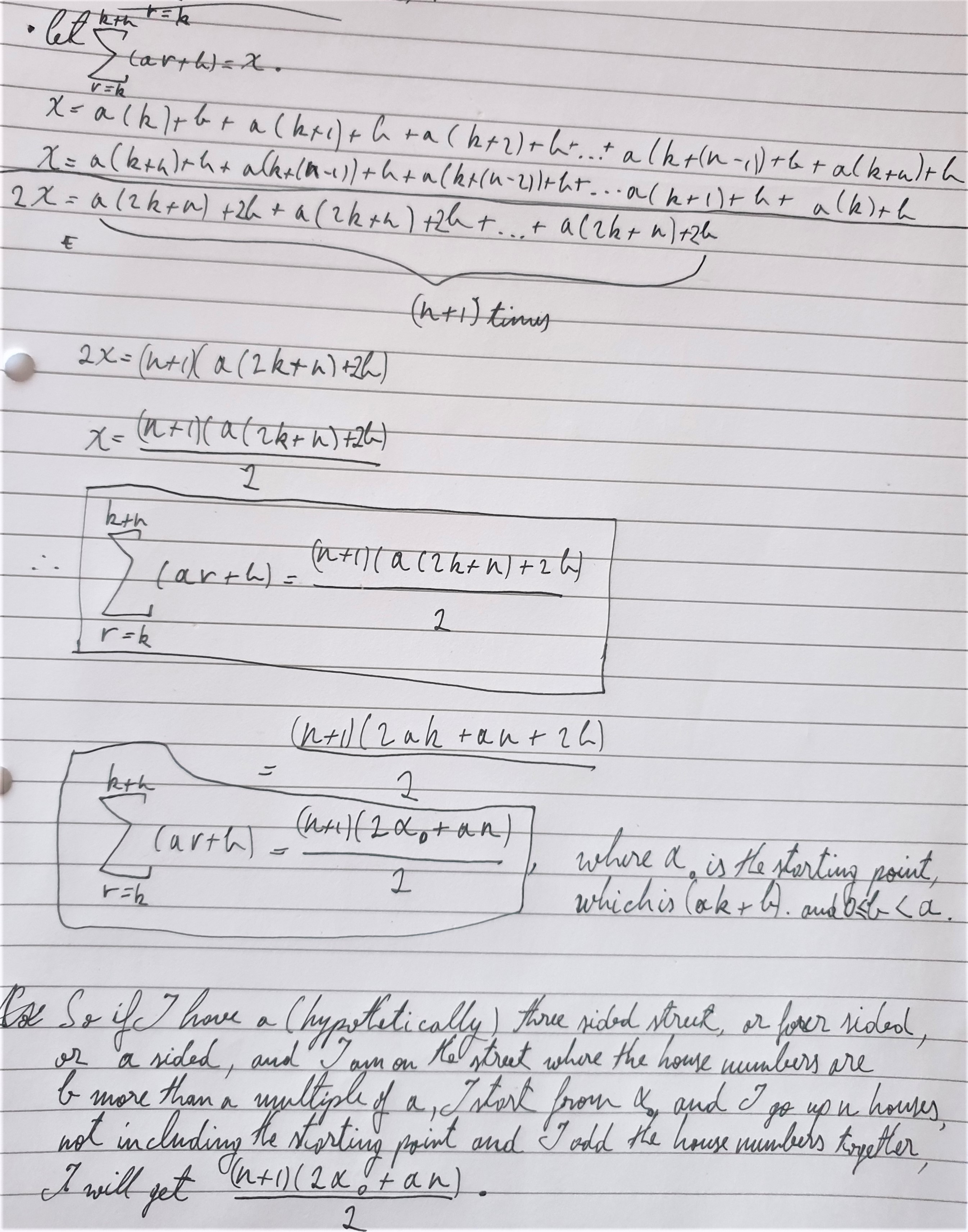 Thank you to those who took part in the successful webinar and for the submissions that came in afterwards.