Kayley from Arnhem Wharf Primary School in London sent in this very good solution to the task:

These pictures show her work, the red writing being her thoughts. Larger versions can be viewed here: First page and Second page 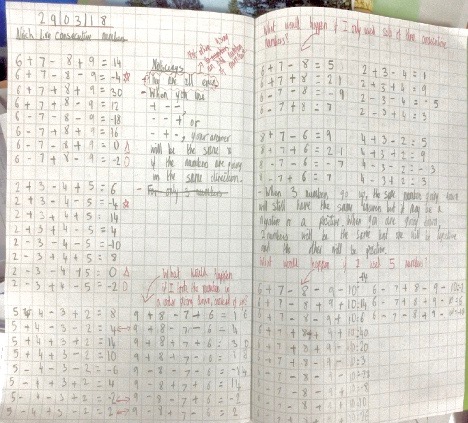 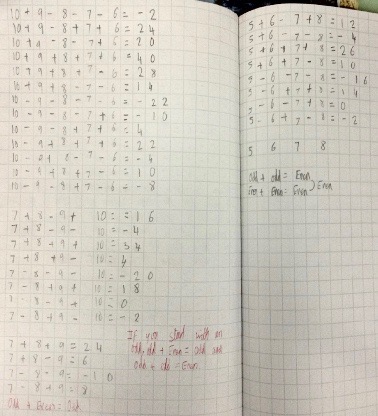 Are you surprised by anything you noticed? We noticed that all the numbers are even, which would make sense because if you are adding consecutive numbers there will always be two odd numbers and two even, which means they will always add up to an even number.

James and Polly from the very small Meavy CE Primary School sent in this excellent solution:

We found out that the answers you always get are 0, -2 and -4 using - - + (in any order).
If you put something in the middle of the eight answers, once you have put them in order, the gap between the answers will be like a mirror image.
We did the problem four times so that we could make sure that our answer was right. These were the groups of numbers we used:

She remembered that Joseph said:

I decided to investigate odd and even numbers.  I was surprised that even amounts of numbers give an even answer.  I predicted that using three consecutive numbers would always give odd answers but I was proved wrong! Next, I would like to look at what happens if you start with an odd or even number. 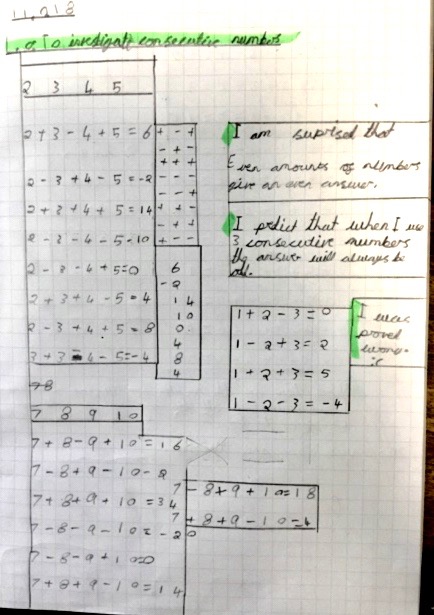 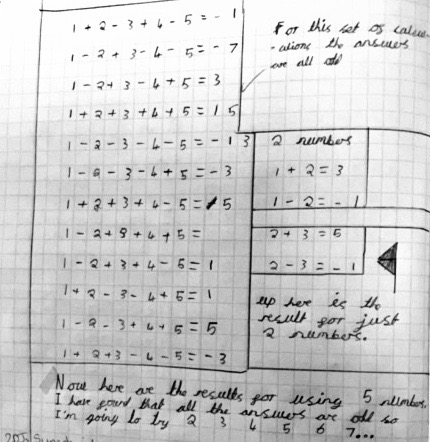 You can see Joseph's work more clearly as .jpg files here and here.

Thank you all for these really helpful solutions which may encourage others to pursue the same task.
The NRICH Project aims to enrich the mathematical experiences of all learners. To support this aim, members of the NRICH team work in a wide range of capacities, including providing professional development for teachers wishing to embed rich mathematical tasks into everyday classroom practice.