These three problems require some logical thinking and a willingness to work systematically.

Can you deduce the missing information in each case below?
Perhaps you might develop techniques in one brainteaser that will help you to solve another. 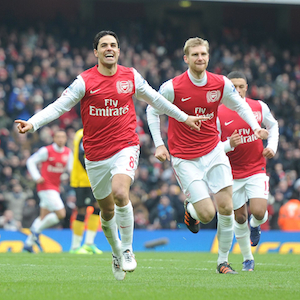 The youth academy Under-18s competed in a friendly round-robin tournament involving six teams: Arsenal U18, Bolton U18, Chelsea U18, Tottenham U18, Everton U18 and Fulham U18. Each team had to play against every other team. All the matches resulted in either a win or a loss - there were no draws.

In the qualifying round of the UEFA Under-19 Football Championship, a group of four teams were to play each other once. 2 points were awarded for a win, and 1 point for a draw.