Here are some pictures of people taking part in Olympic throwing events. 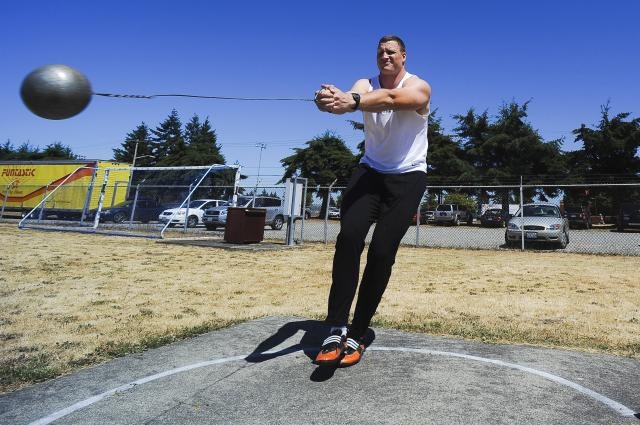 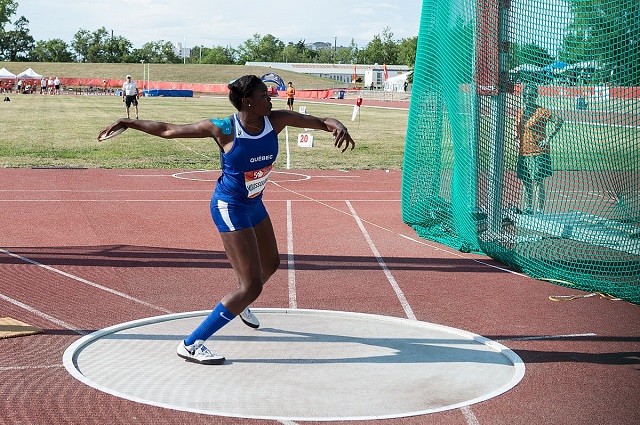 How far do you think you can throw a beanbag?

What would your estimate be? (When you estimate, you use what you already know to make a guess.)

How did your real throw compare with your estimate?

This task offers children the chance to look at Olympic records in relation to their own experiences, and encourages learners to use informal (non-standard) measures to compare distances.

You could share the two photographs with the children and invite them to talk about what they see and what questions they have. Use their responses to facilitate a discussion, which will help to give some background information about these two throwing events. (You may find the video guides to hammer throwing and discus on the official Olympic website useful.)
Take the class outside, if possible, and ask the children how far they think the discus has been thrown in the Olympic Games. Help them get a sense of the distances involved using an appropriate non-standard unit of measurement, for example by actually pacing out adult strides or child strides.
Invite learners to estimate how far they think they can throw a beanbag and suggest that they record their estimates. Draw them together to talk about their estimates. How are they estimating? What information are they drawing on?
Explain that they are going to have a go at throwing a beanbag. How they will measure how far they have thrown it? Some learners will suggest strides if that is what you have introduced when discussing the Olympic event, but others may have different suggestions which are equally valid, for example using a particular object as a measuring 'stick'. Encourage learners to work in pairs so that they can count together. (Counting an action/event like strides is useful in itself as it offers a different context for counting compared with counting objects.)
In a final plenary, ask learners whether their estimates of the distance were close to the distances they measured. Did anything surprise them?

Children may need support with counting their strides or with identifying the starting and finishing points of their throws.

If you'd like learners to have more experience of estimating, you could use a ball and see how far it can be thrown leaving it to reach a stop.
If you would like to introduce standard measures, a trundle wheel would be a useful tool. You could compare the trundle wheel measurements to the non-standard measurements.
The task Olympic Starters offers similar opportunities using standard measures in the context of running and jumping.
The NRICH Project aims to enrich the mathematical experiences of all learners. To support this aim, members of the NRICH team work in a wide range of capacities, including providing professional development for teachers wishing to embed rich mathematical tasks into everyday classroom practice.