Some children from the class are thinking about races because they are interested in the Olympics. Afzal, Bengy and Chrissy like the idea of getting medals. They know that there are Gold, Silver and Bronze medals. 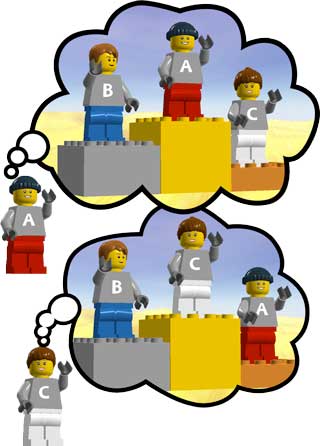 This activity can be approached practically with young pupils, and it could be used as a starter for class/group discussions. Some children will acquire new mathematical concepts and vocabulary, whilst others will find it helps them to develop skills connected with solving numerical problems.

After telling the story (or your own version appropriate to the children and the classroom context) model the activity with three pupils  involved and use the session purely as a discussion in which the children do not necessarily need to do any recording.

What other ways of ordering can there be?

Do you have any other ideas?
Is that all the possible ways?

Some might like to think about what if there is a "draw" for one of the medals.

Some might like to think up a fourth medal - what it could be made of - and four or five pupils being involved.