Is there a temperature at which Celsius and Fahrenheit readings are the same?

Can you visualise whether these nets fold up into 3D shapes? Watch the videos each time to see if you were correct.

Here is a food chain: 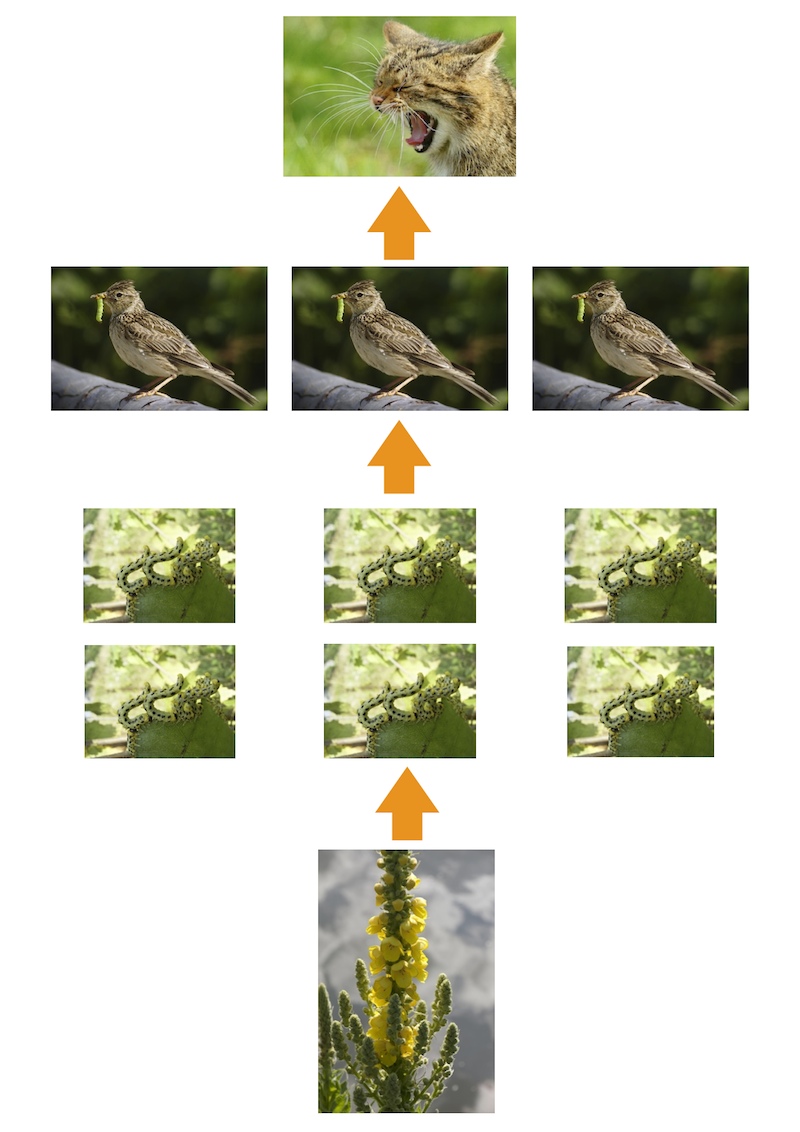 A wildcat will eat 3 birds every day. These three birds will eat 10 caterpillars each, every day, totaling 30 caterpillars. The 30 caterpillars will eat one small bush together every day.
a. In the area that these animals live in, the ecosystem can support 500 small bushes being eaten every day. Calculate the numbers of each animal in the food chain.
b. As you go up the food chain, the amount of energy available to the following predator decreases. For this food chain, the amount of energy available decreases by 25% for every level in the chain. Calculate how much more energy the wildcat could obtain from becoming a vegetarian and eating the bush rather than from eating birds.
c. One year, a bacteria kills 5000 caterpillars. What effect will this have on the food chain?
d. Suppose that the wildcats decide to become vegetarians and eat bushes instead of other animals. How many wildcats could 500 bushes support (ignoring the other animals)?

e. If the wildcats became omnivorous (with some of them eating animals and some eating bushes), how many animals would there be if half of the bushes were eaten by caterpillars and the other half were eaten by wildcats?
The NRICH Project aims to enrich the mathematical experiences of all learners. To support this aim, members of the NRICH team work in a wide range of capacities, including providing professional development for teachers wishing to embed rich mathematical tasks into everyday classroom practice.