A little mouse called Delia lives in a hole in the bottom of a tree.....How many days will it be before Delia has to take the same route again?

Investigate the number of paths you can take from one vertex to another in these 3D shapes. Is it possible to take an odd number and an even number of paths to the same vertex?

Note: for this problem it's handy to have colour pens ready! 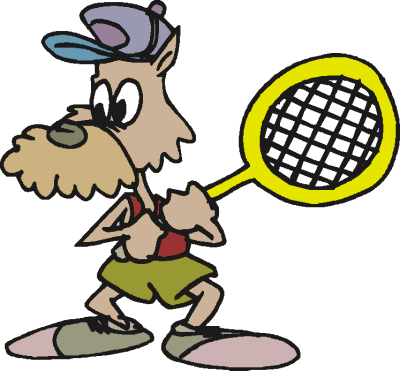 A round-robin tournament is one in which every player plays against everyone else once. For example, with 3 players, we will have 3 matches: A-B, B-C, C-A. How many matches are needed for 4 players?  5 players? N players?

If we schedule two matches in a round, how can we show in the same graph which two pairs of players are playing in the same round (hint: if you have only been using one pen, now is the time to use another colour!) Try this for tournaments with 4, 5 and 6 players. Be careful with the 6-player tournament! Remember that a particular pair of players should only play each other once, so if the line connecting the same two players is coloured more than once then we are in trouble. Try again if it doesn't work the first time. It can be done, but the solution is surprising tricky to find if we start drawing the graph as a hexagon with all vertices connected to each other.

There is a nice trick, which works for all tournaments with an even number of players. We will illustrate this with a 6-player tournament. Instead of drawing a hexagon, draw a pentagon with one extra vertex in the center of the graph. Connect one vertex of the pentagon to the vertex at the center and connect the remaining vertices with horizontal lines. For the next round, use a different coloured pen to do the same connecting but with each vertex of the pentagon rotated into the neighbouring vertex. Do this until all lines are coloured. We end up with a fully-connected graph with no line coloured twice! Why does this work?  Can we use this trick for a 5-player tournament?
We can also include information about home/away game by an arrowed line. For tournaments with 4, 5, 6 players, how many games are played home or away by each player? Can you find a fair scheduling such that no team plays all games at home nor away?