A numbered graph consists of a set of numbered nodes connected by edges. The node sum at a node is the sum of the number at the node and the numbers at all adjacent nodes.

Can you arrange the numbers 1 to 11 on the graph below, using each number exactly once, so the the node sum is the same at each node? 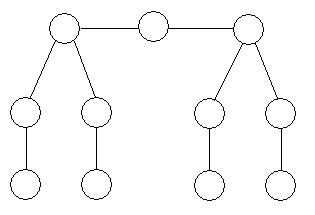 The notion of the mathematical graph is fundamental in modern mathematics and a huge subject of study in its own right. Many systems can be represented by graphs, the internet being a somewhat complicated example. Graph theory is both a fascinating area of pure study and a powerful analytical tool.