An algebra task which depends on members of the group noticing the needs of others and responding. 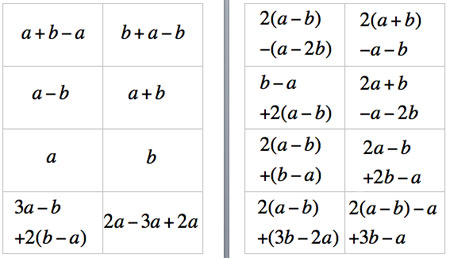 Every member of the team has to end up with a set of four cards in front of them that are related to each other in a similar way. The task is only successfully completed when everyone on the team has completed their set.

Use an observer to check that the team obeys the rules and to keep a record of when members of the team help someone else (rather than, for example, when they just pass a piece on without looking at what the other person or the team actually needs).