The original version of this activity was written by Jenny Piggott in 2009.  The paper-folding that Jenny describes featured in July 2010 at  her own retirement event. Fran Watson introduced it to us on that day and below you can listen to Fran explaining why she chose this particular activity.

Some plaited polyhedral models appeared in and around the Centre for Mathematical Science here in Cambridge, where NRICH is based.

I was intrigued by the way they were made and have taken some time to work out what the individual units are that go to make up these models.

Here are some pictures of the models. With the first few I have included one image with the basic unit partially visible so you can get a feel for how the model was put together. At the end of this article I have included images showing how to make the two basic units that you plait together to make up these models. 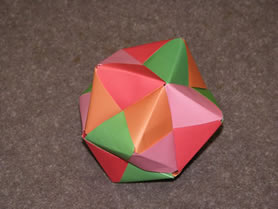 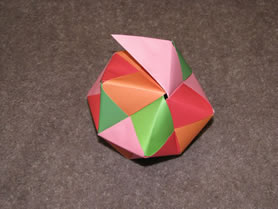 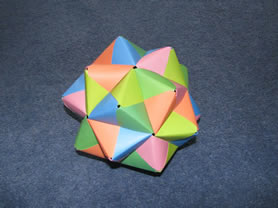 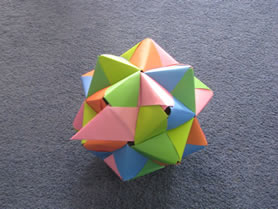 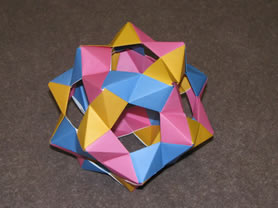 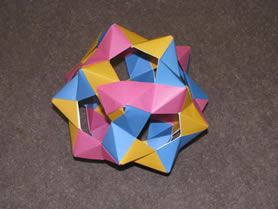 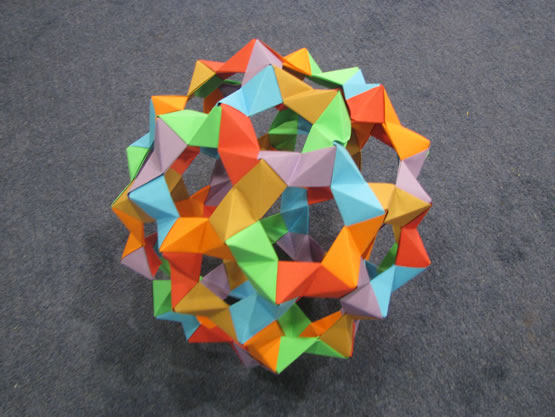 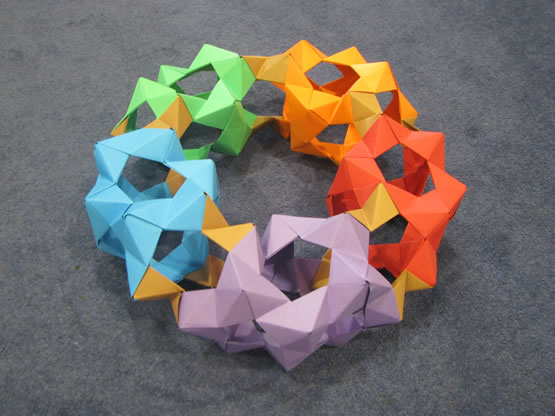 How to fold the basic units that make up the polyhedra:

Both start with a square:

This unit forms the basis of some of the above polyhedra. Details of how to make each unit can be found in this Word document.  See also the video clips at the foot of this page.

To make a vertex of a polyhedron you need three units:

The second unit forms the basis of some of the above polyhedra. Further details of how to make each unit can be found in this Word document.  See also the video clips at the foot of this page.

As with the first unit, you need three units to make a vertex of a polyhedron:

Below you can watch three videos.  The first shows you how to make the first basic unit; the second demonstrates putting units together and the third is a speeded-up clip of the making of an entire polyhedron.