A Question of Scale

Use your skill and knowledge to place various scientific lengths in order of size. Can you judge the length of objects with sizes ranging from 1 Angstrom to 1 million km with no wrong attempts?

Biology makes good use of numbers both small and large. Try these questions involvin 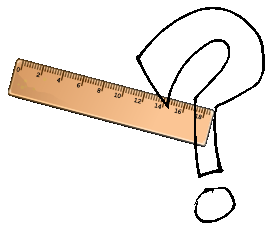 You might need to use standard biological data not given in the question.

Of course, as these questions involve estimation there are no definitive 'correct' answers. Just try to make your answers to each part as accurate as seems appropriate in the context of the question.

Extension: In mathematics, a bound for a measurement gives two numbers between which we know for certain that the real measurement must lie. For example, a (not very good) bound on the height of the members of a class would be 1m < heights < 2m. In the previous questions can you find bounds on the quantities? First suggest a really rough bound which you would know to be true and then see if you can sensibly improve on it.