Can you explain why a sequence of operations always gives you perfect squares?

This problem builds on Consecutive Sums and invites you to explore how algebra can help with proof. If you are not familiar with the problem it would be good to look at that first.


15 can also be made as a sum of consecutive numbers in several ways, for example 7 + 8.

At first it seems that maybe any total could be made as a sum of consecutive numbers. However, after trying several possibilities, it doesn't seem as though we can make 16 in this way.

Every total from 17 to 31 can be made as a sum of consecutive numbers, until we reach 32. 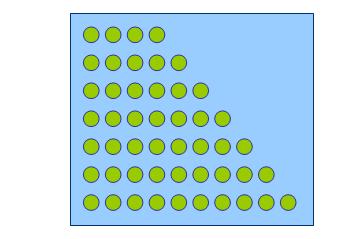 Let's use algebra to explore why that is.


First : what is the sum of 7 consecutive numbers starting with 4?

There is a quick way to calculate consecutive sums. Do you know it?


Take a look at the next image. 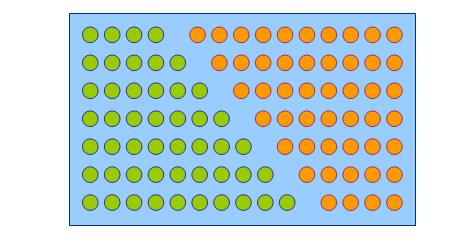 Take the set to be counted twice, the second time inverted.


Can you use this method to find the sum of 8 consecutive numbers starting at 10 ?

What is the sum of n consecutive numbers starting at s ?

This might help you to use algebra to reason why 16 and 32 are impossible to create as the sum of consecutive numbers.

Can you make a general statement about numbers of that sort (powers of 2)?

Why 24 ? is another problem where reasoning from algebra proves to be very powerful.
Mathematical reasoning & proof. Odd and even numbers. Simultaneous equations. Creating and manipulating expressions and formulae. Expanding and factorising quadratics. Inequalities. Generalising. Triangle numbers. Summation of series. Polynomial functions and their roots.
The NRICH Project aims to enrich the mathematical experiences of all learners. To support this aim, members of the NRICH team work in a wide range of capacities, including providing professional development for teachers wishing to embed rich mathematical tasks into everyday classroom practice.