Article by Alan and Toni Beardon

How curved is a curve? How curved is a surface? When is a 'curved surface' flat? We shall only briefly mention curves in the plane and then move on to discuss positive and negative curvature of surfaces.

To measure the curvature at a point you have to find the circle of best fit at that point. This is called the osculating (kissing) circle. The curvature of the curve at that point is defined to be the reciprocal of the radius of the osculating circle. We shall not discuss in this article the method for finding this radius accurately which needs calculus. Suffice it to say that this circle has not only the same tangent at the point (the first derivatives being the same) but also the curve and the osculating circle have the same second derivatives at the point.

Why use the reciprocal in defining curvature? It is natural for the curvature of a straight line to be zero. Imagine straightening out a curve making it into a straight line. In the limit the circle of best fit has infinite radius giving zero curvature.

The following equations are given in case you want to plot the graphs yourself, but ignore them if not and read on. 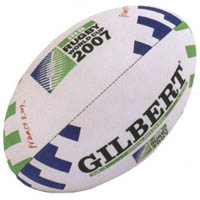 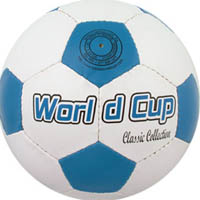 A perfect sphere has constant curvature everywhere on the surface whereas the curvature on other surfaces is variable. For example on a rubgy ball the curvature is greatest at the ends and least in the middle. Measuring curvature at a point using curves through that point on the surface will not work. Which plane curve should we use? At the '2' on the rugby ball, the curve in one direction, going between the B and the E, has greater curvature than the curve along the length of the ball.

Gauss proved that, taking the curvatures in all directions at a point on a surface, the product of the maximum and minimum curvatures at the point is constant when the surface is distorted provided that lengths in the surface are unchanged.

In order to find the areas of circles on spheres we shall use a result discovered by Archimedes of Syracuse who invented calculus type methods almost two thousand years before Newton and Leibniz. Archimedes made many discoveries and inventions including the Archimedean Screw pump, still in use today, depicted on this stamp, and you can find out more about him on the St Andrew's website. The result we shall use is depicted in the diagram on the right and said to have been on Archimede's tombstone. 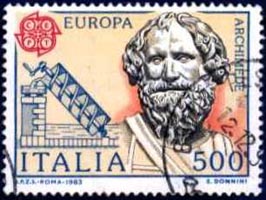 The cylinder shown has radius $r$, height $2r$ and area $4\pi r^2$, the same as the surface area of the sphere inside. Moreover the area of a strip on the surface of a sphere cut off by two parallel planes is equal to the area cut off by the planes on the circumscribing cylinder.
In this cross section, A and B are planes at a small distance dy apart, cutting the sphere and circumscribing cylinder. The 'triangle' with sides dy, dx and dc is so small that we can treat the arc dc as if it were a straight line and the hypotenuse of this triangle. This tiny triangle is similar to the triangle shown with sides $x, y$ and $r$ so that $${dy\over dc} = {x\over r}.$$

The area of the strip cut off by planes A and B on the surface of the sphere is $2\pi xdc$ because this strip has circumference $2\pi x$ and height dc.\par The area of the band on the cylinder is $2\pi rdy$. As we have shown that $xdc=rdy$ it follows that these areas are equal. 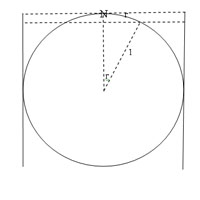 The circumference of the circle centre N radius $r$ is $2\pi \sin r$. Because $\sin r < r$ for all non-zero values of $r$ we see that this circumference $2\pi \sin r$ is less that $2\pi r$ showing that the surface has positive curvature.. 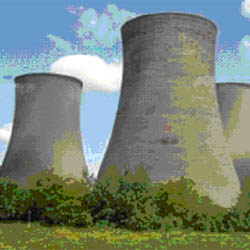 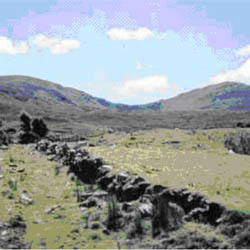 Tie a long rope to a post at this point and, keeping the rope taut, walk around a circle with the post as centre. As you have to walk uphill and downhill as well as around the post you walk farther than you would walk on flat ground showing that the curvature at that point is negative. 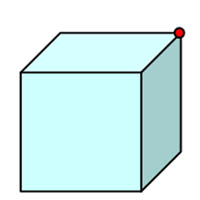 At the red spot on the cube the angle deficiency is $90^o$, the circumference of a circle of radius $r$ with centre at the red spot on the cube is ${3\over 4}\times 2\pi r$ so the curvature at that point is positive. The curvature is concentrated at the vertices of the cube rather than being distributed over the surface as with a sphere or a rugby ball shaped solid. Although the curvature is concentrated at 16 points, the block shown with a hole through it is analagous to the torus (or doughnut shaped solid) shown in yellow. 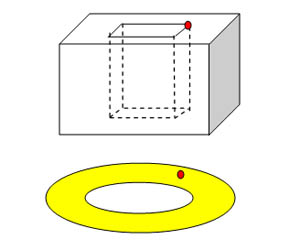 To read more on the subject of Gaussian curvature without getting deep into higher mathematics see this article and related articles from a workshp on 'Geometry and The Imagination' led by John Conway, Peter Doyle, Jane Gilman and Bill Thurston.