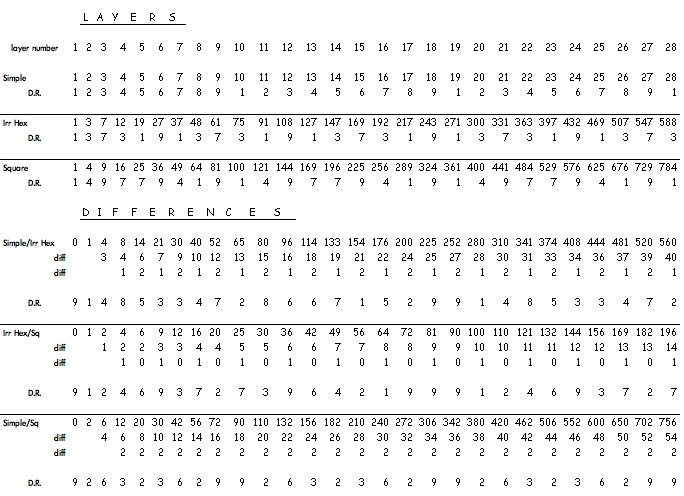 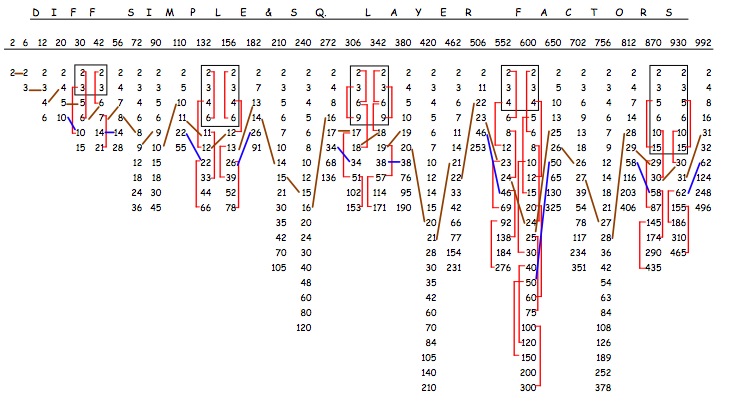 Here I've taken the differences between simple layer numbers and square layer numbers, 2,6, 12 etc. and in columns underneath have placed the factors of those numbers. Things that have popped up unexpectedly are shown by lines.
Brown lines indicate same numbers - which progress by adding 1, across the sheet;
Blue lines indicate a doubling of the browns;
Red lines show a trebling of another factor for the same number of the starting sequence;
Black boxes shows pairing the same number between adject columns. 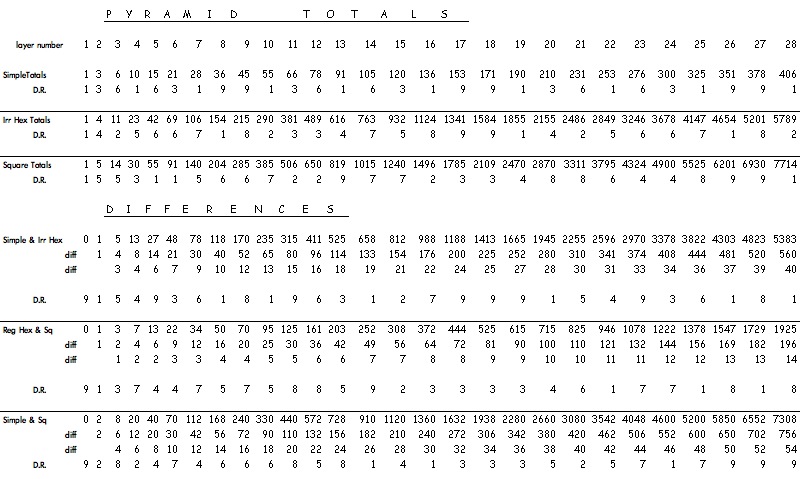 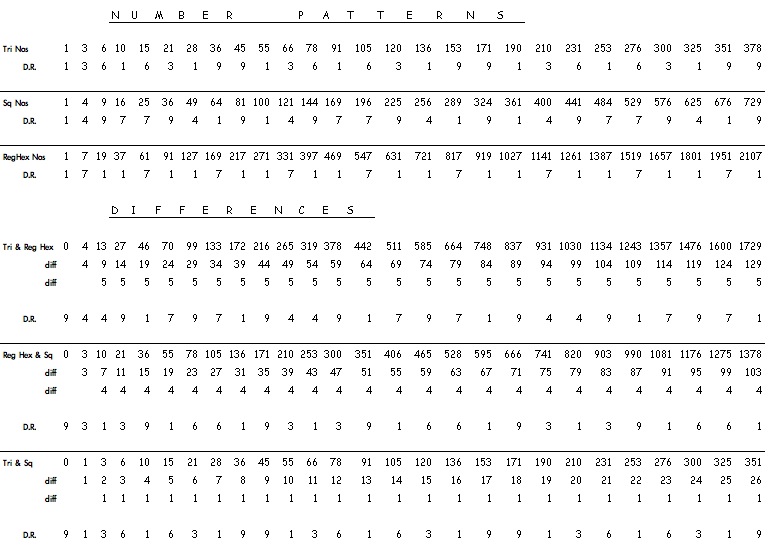 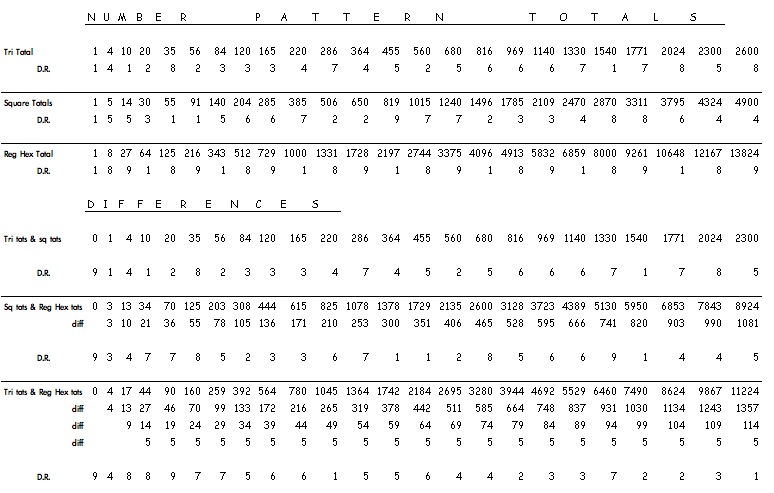 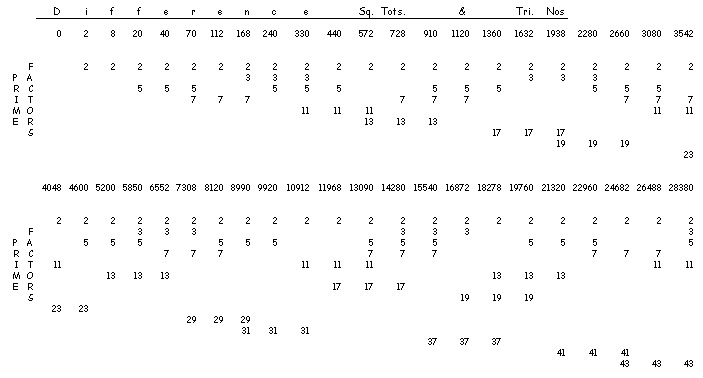