Many thanks to everyone who shared their solutions with our team. We were very impressed by your resilience and perseverence to produce the chains that you submitted to NRICH. Several of you sent in more than one solution, substituting an earlier chain with an even longer one after spending more time on the challenge. Well done to you all!

We've published below a selection of increasingly long chains which have a screenshot showing the full chain, or a list of its factors and multiples. We hope this list inspires you to keep working on your own solutions and perhaps consider the length of the longest possible chain, and the reasons for your answer.

Let's begin with Montsaye Community College in Northamptonshire where their students took on the challenge of generating the longest possible chain.

Gabrielle and Lauren reached a total of 50 numbers:

Aravindan, from GHS in India, shared this chain of 51 numbers: 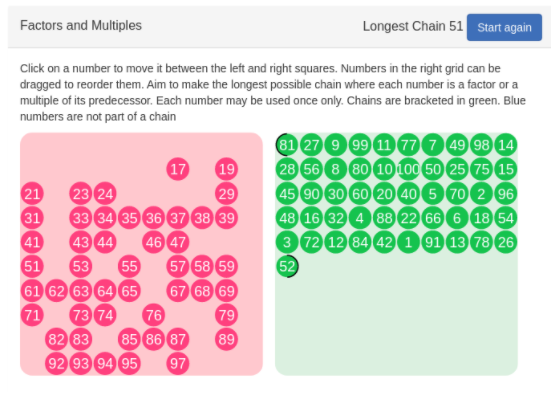 Makenzie, from Mountsaye Community College, managed to improve on this with a chain of 55 numbers: 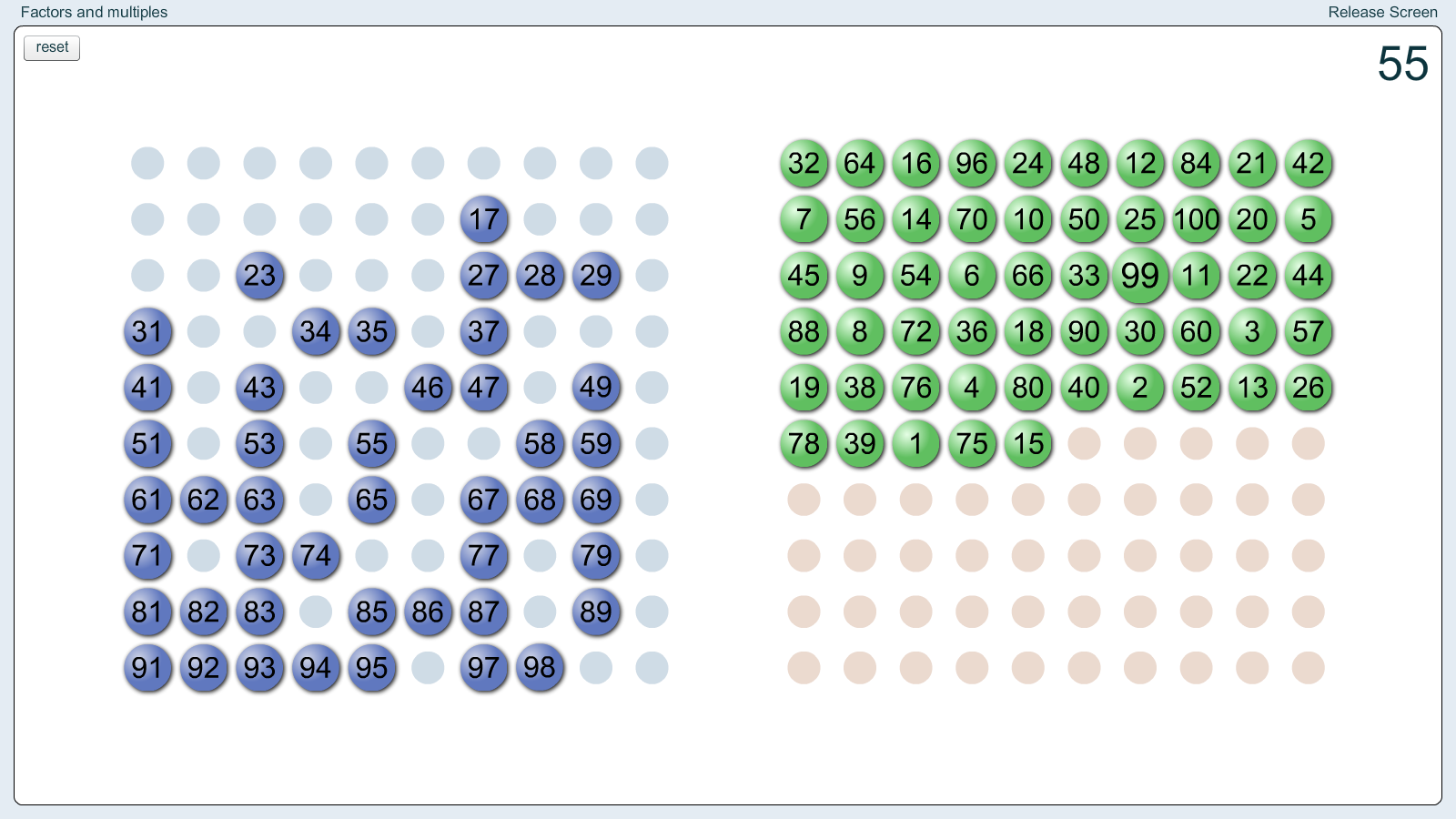 Sophie and Tasmin, also from Mountsaye, managed to improve on that with this chain of 56 numbers:

Then, Gabrielle and Lauren managed to improve on their earlier effort with this new chain featuring 59 numbers:

Aravindan improved on his previous effort to produce this chain of 60 numbers: 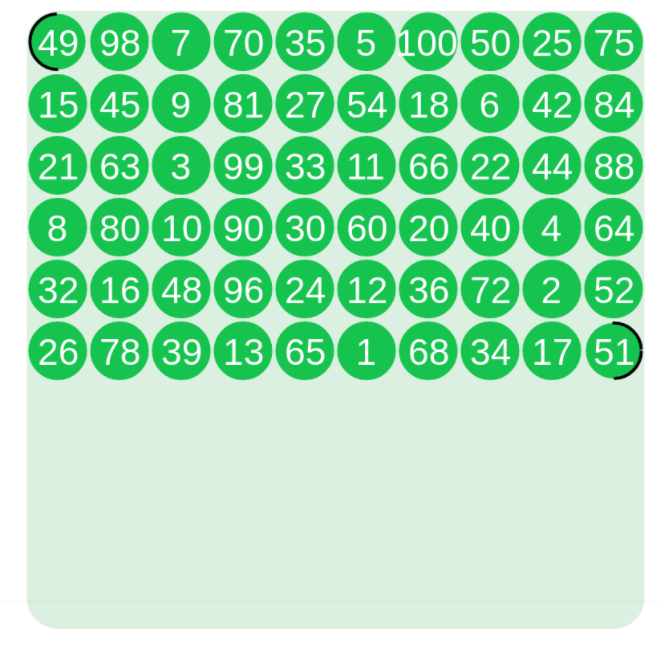 Abigail from Ridgewood School managed a chain of 61 numbers: 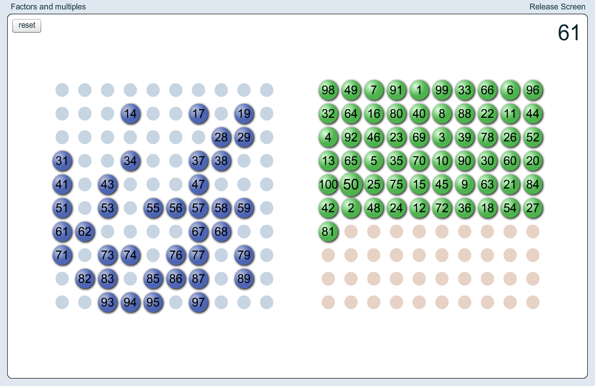 Alfie, Manuel, Jack and Emilio from Newhall School in Chelmsford, Essex, worked as a team to also produce a chain of 61: 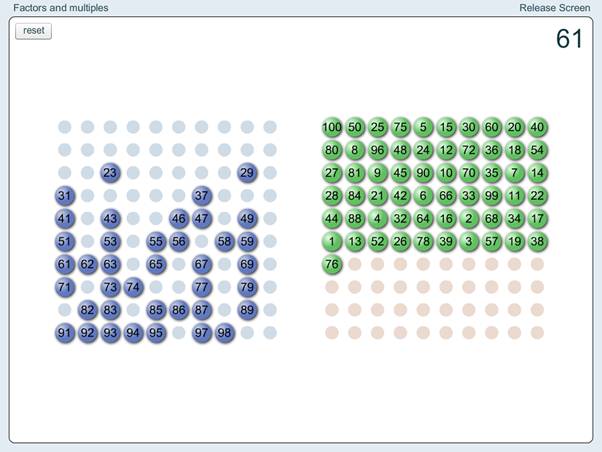 A.H. from Manorfield Primary School has improved on this by finding a chain of 63 numbers:

This solution came in from Ralph and Max at the Institut International de Lancy in Switzerland. Their teacher said they did not use a computer or calculator. They made a chain of 65, which seems to be a very popular answer. 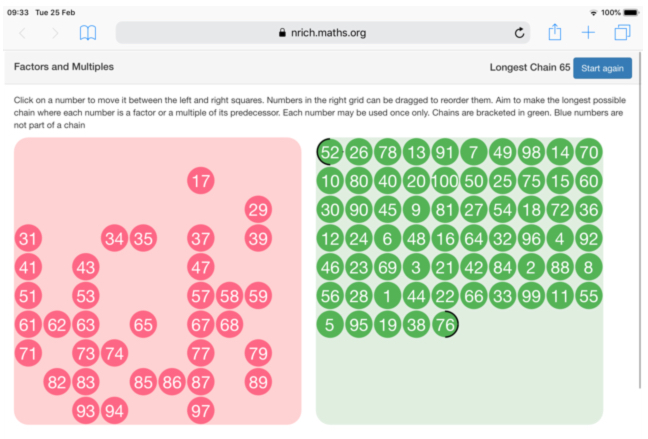 Evie from Deansfield Primary School created a chain of 65 numbers: 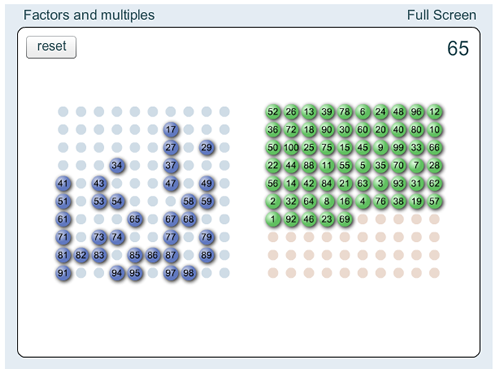 James from Ridgewood School went one better with this chain of 66 numbers: 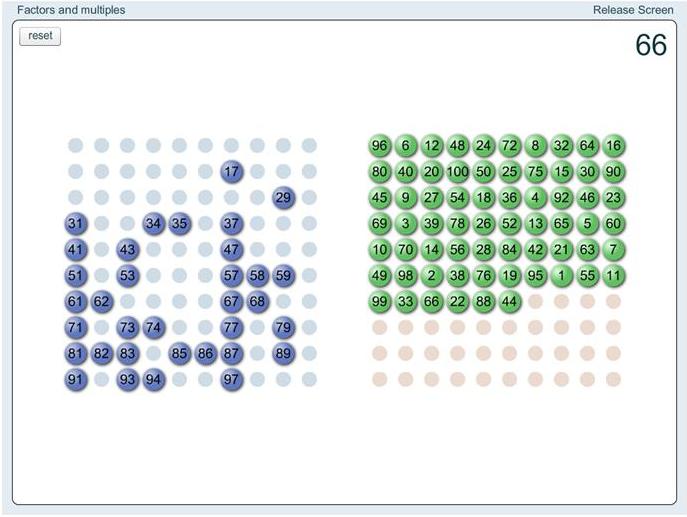 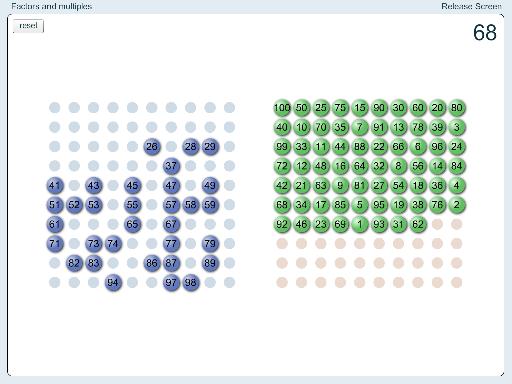 A group of Year 9 students from The Perse School for Girls in Cambridge worked together and managed an even longer chain of 71 numbers: 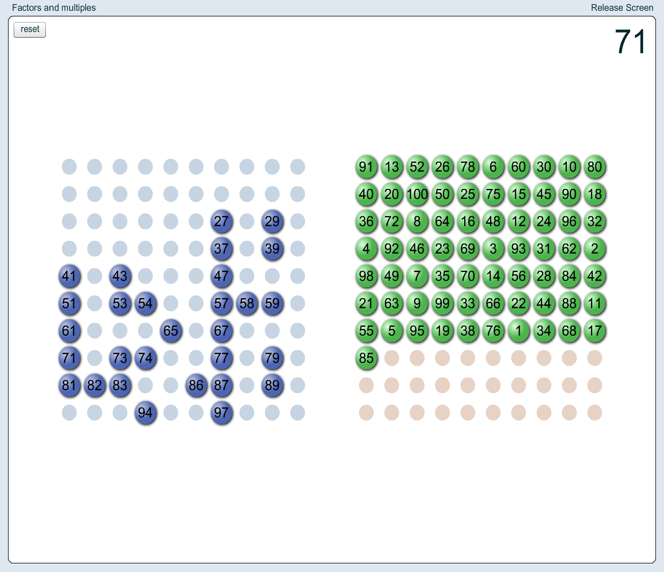 And Claire, of Blackheath High School in London, has managed to improve on that with this chain of 73 numbers: 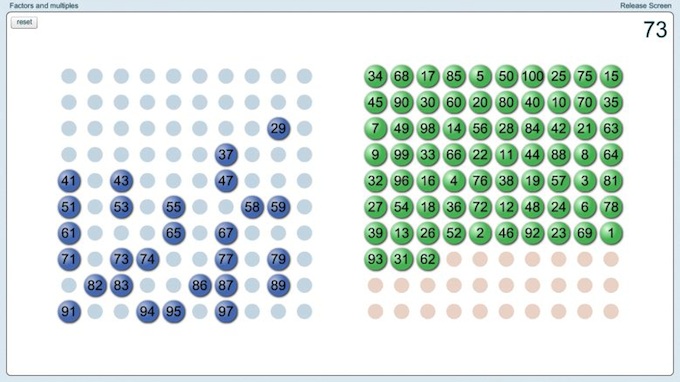 Jacky, from Princethorpe College in Rugby, has managed to go one better with a chain of 74: 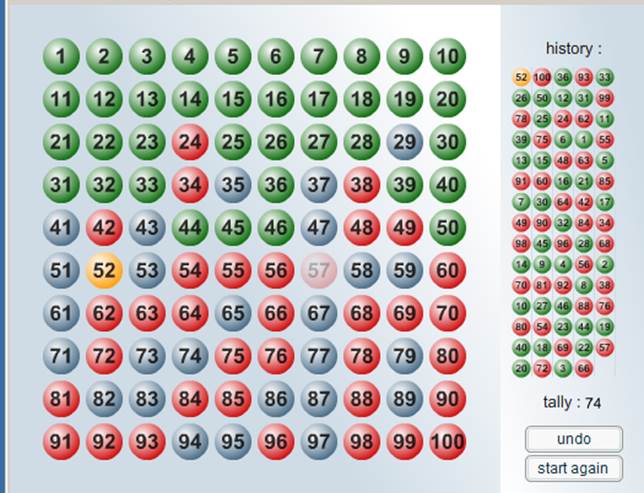 Jesse from Moriah College in Sydney, Australia also managed a chain of 74 numbers: 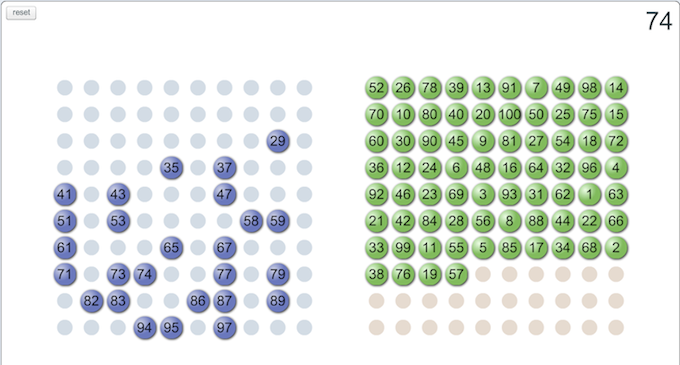 Izaak, from Hills Rd VI Form College, used some computer programming techniques to try to make the longest chain he could. Below is his 76 long chain. If you want to read about his program and see his code, he has shared it on Github. 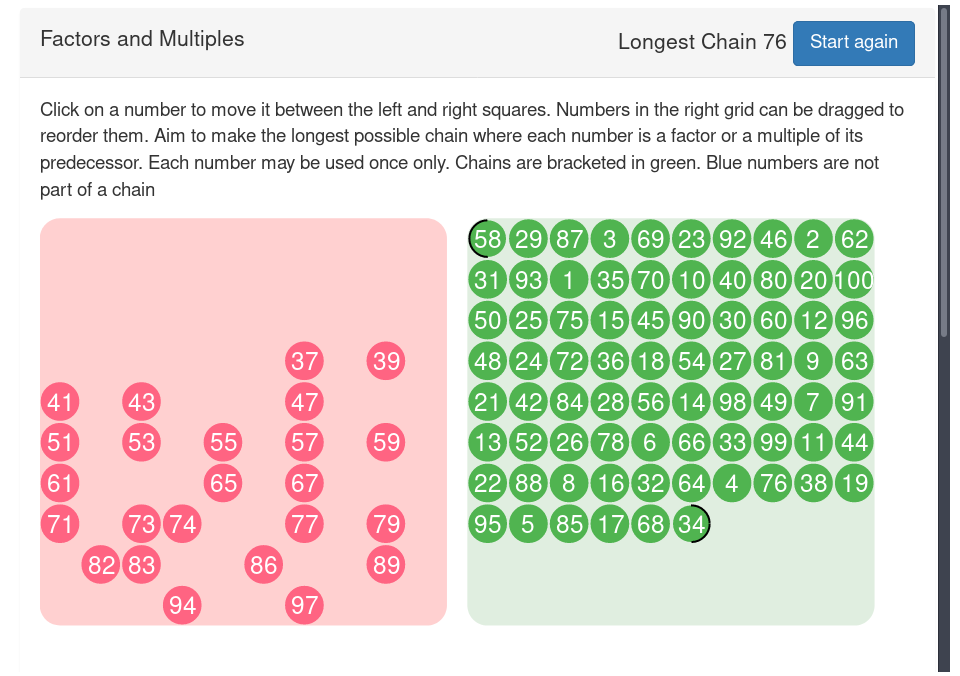 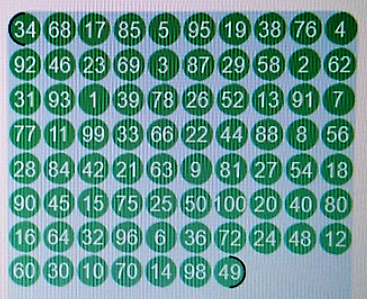 We received a different chain of 77 numbers from Michelle at The Coopers' Company and Coborn School in the UK: 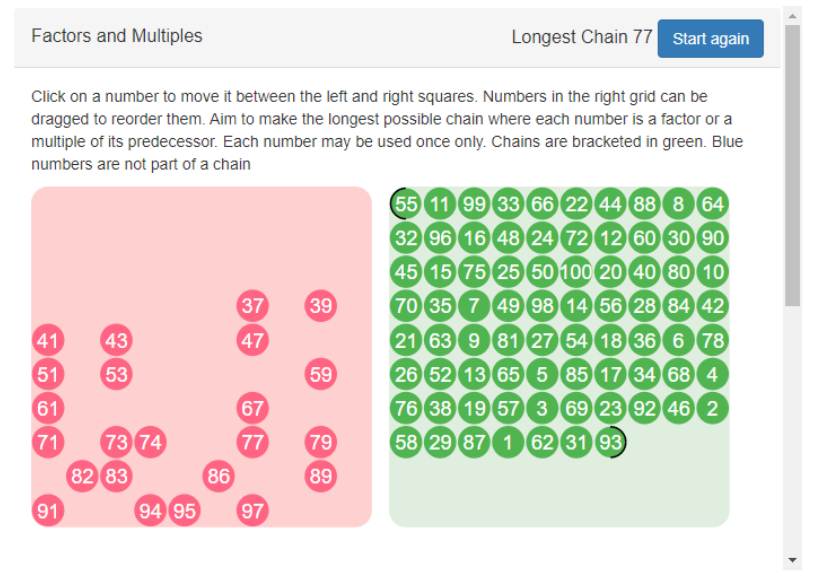 Sarisha from Newcastle Under Lyme School, found yet another chain of 77 numbers: 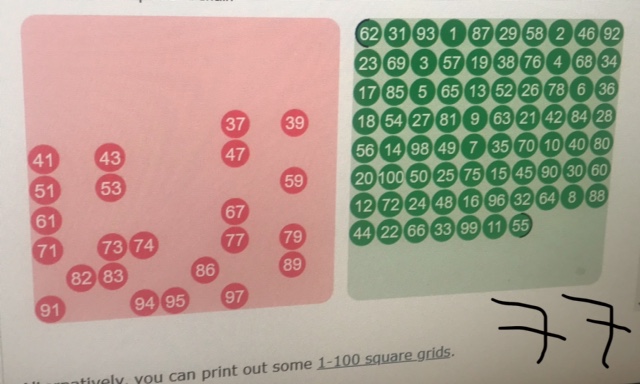 Coincidentally, Ahaan, also from Newcastle Under Lyme School found the same chain but in reverse!

Well done to all of you. Do let us know if you can do any better - we don't know if it is possible to improve on 77!

First of all not use the numbers one to ten since they are the common multiples or factors of any given number between one to hundred. Next , the other thing you have to remember is to try not to use prime numbers as the prime numbers have factors that are only 1 you can use multiples but they will not last very long. Try to find out the common multiple factors as well. Also, try to use the bigger numbers since they will have the most factors. Finally , try to use the common numbers with the most multiples under 100 for example 10 or 11 since they have multiples in every ten numbers.