N Is a Number

N people visit their friends staying N kilometres along the coast. Some walk along the cliff path at N km an hour, the rest go by car. How long is the road?

Take a look at the interactivities below which show regular polygons "rolling" along the horizontal surface, leaving a trace of the path of the dot.

In the first interactivity, the graph records the horizontal distance travelled by the dot.

In the second interactivity, the graph records the height of the dot over time.

Can you now work out what produced the following two graphs?
Can you work out how many sides the polygon had and where the dot was placed?
Try to explain how you worked it out. 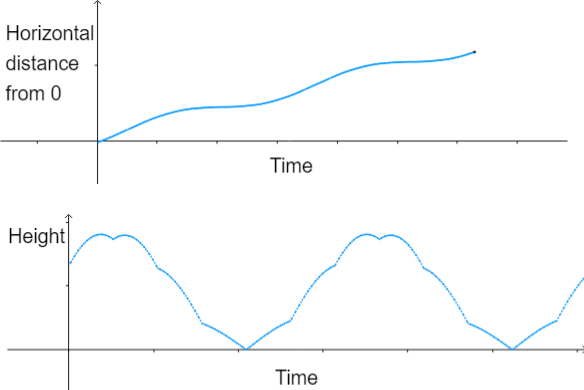