Well done to everyone who sent in a solution. Some people noticed that it is possible to take 0 biscuits from each bag and used this to win. However, this is not really a strategy to win the game, just to trick the computer.

Change the settings to 4 on each side and take them

Ivan from Aquinas Catholic School in Australia, Bouis from Abingdon in the UK, H from PMS and Zoha from Wycombe High School described a strategy that works if you go first with 4 and 8. This is H's work: 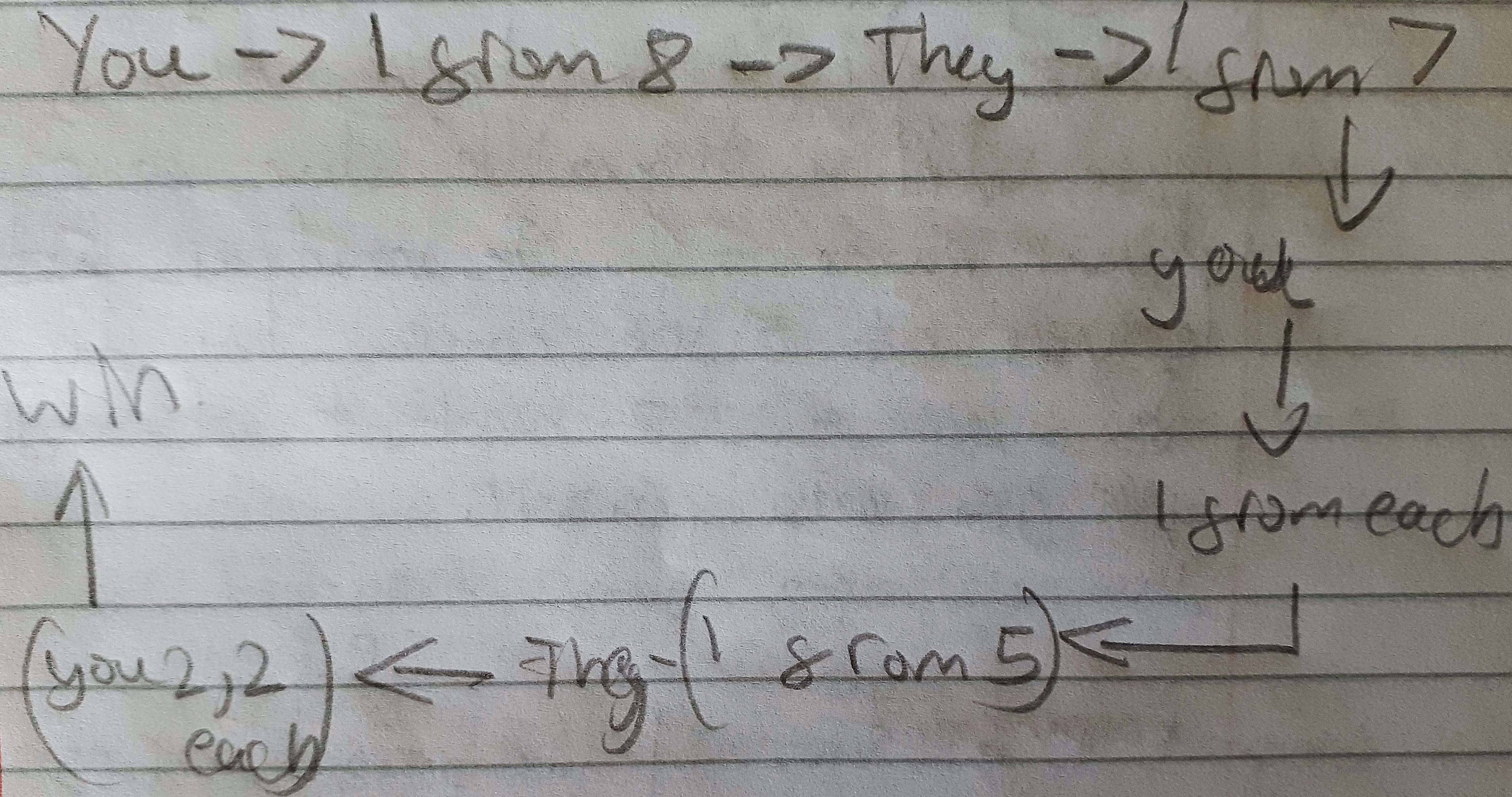 Nayanika from the Tiffin Girls' School in the UK, Anya from Tanglin Trust School in Singapore, Charlie from Heckmondwike Grammar School in the UK described a strategy for the final moves of the game. This is Charlie's work:

I think the strategy is that you need to try and get the biscuits with two in one jar and 1 in the other and it is your opponent's go. Because when you get to that point the opposition can either:

Avipsa from India, Anya, Nayanika and Abhigyan described some ways of getting to this winning position of (2,1). This is Anya's work:

Shuvom, Grihith and Trayee from the Future Foundation School in India and Anya found another winning position. Shuvom wrote:

We should make a situation where its 3 biscuits in 1 jar and 5 biscuits in the other jar and its the opponents turn.

YingGe from Headstart in China explained why:

YingGe also showed that (7,4) is a winning position:

The strategy is if you take 1 from the jar with 8 biscuits(7:4), the other people will lose at the same time.

Case 5: The 2nd person takes 2 in both jars(5:2). As long as the number 2 appears, the person will definitely lose.

Case 6:The 2nd person takes 3 in both jars(4:1). As long as the number 1 appears the person will definitely lose.

YingGe then made a prediction:

The first prediction is wrong.

This is Nayanika's strategy to land on winning positions:

YingGe made another prediction:

2nd Prediction:
The chance for the 2nd person to win is very rare. The 2nd person wins only when the number of biscuits is at its specific numbers. For example:

In that case, the final winning strategy is get these number ratio above to make the person who goes next loss.

Anya found these same winning positions and noticed some patterns:

Mahdi from Mahatma Gandhi International School in India used a diagram to show how you can always win the game. Mahdi began by comparing this game to NIM. Click to see Mahdi's explanation of the game NIM.

Before playing this, I knew the game of NIM and had played it many times with my friends and family. It began from 100 and both players were allowed to subtract any number from 1 to 9. Whoever would reach till 0 would win the game.

This strategy involved thinking backwards. If the opponent is left anywhere from 1 to 9, then they can win. But at 10, they are certain to loose. So, I had to force the total to be at 10 when it’s their turn. Now, my target to reach shifted from going to 10 instead of 0 at the moment. Again, If I want to force the opponent to leave them at 10, I can make that happen if I make them reach till 20. Continuing on, I would have to leave them at 90. Moving on last step, the total should be 100 and It should be the opponents turn for me to win.

For example, if they begin by saying 96 after subtracting 4, I can make the total go to 90 by subtracting 6. From 90, they subtract 7 and I subtract 3. It’s 80 and their turn now. Chipping away multiples of 10 left the opponent at 10. Now, no matter what number from 1 to 9 they choose, I will definitely have to choose the supplementary of 10 to subtract from. If they subtract 3, I must subtract 7 on the next move to win! 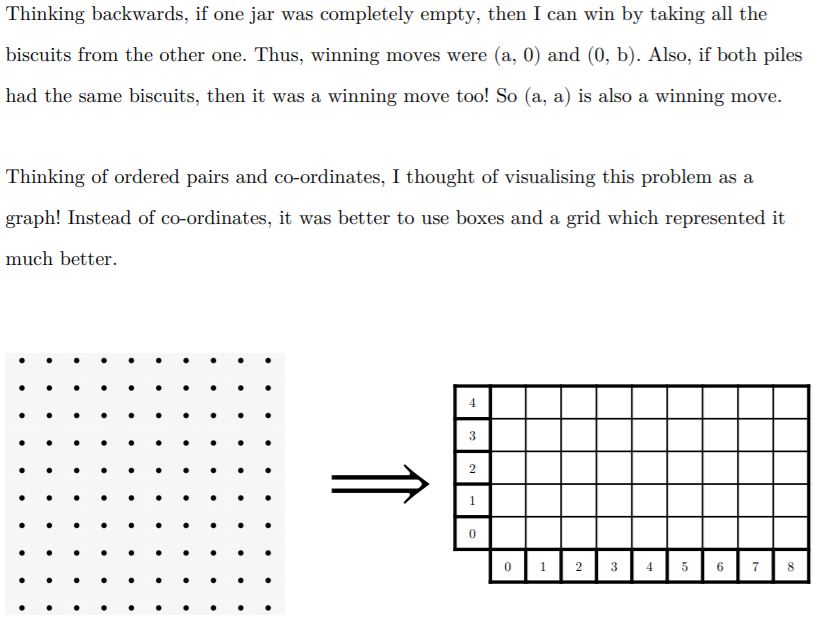 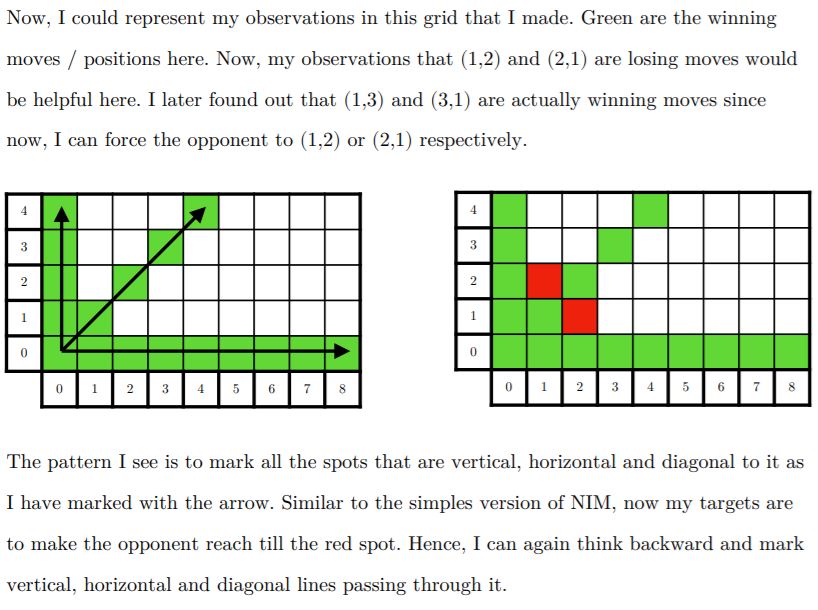 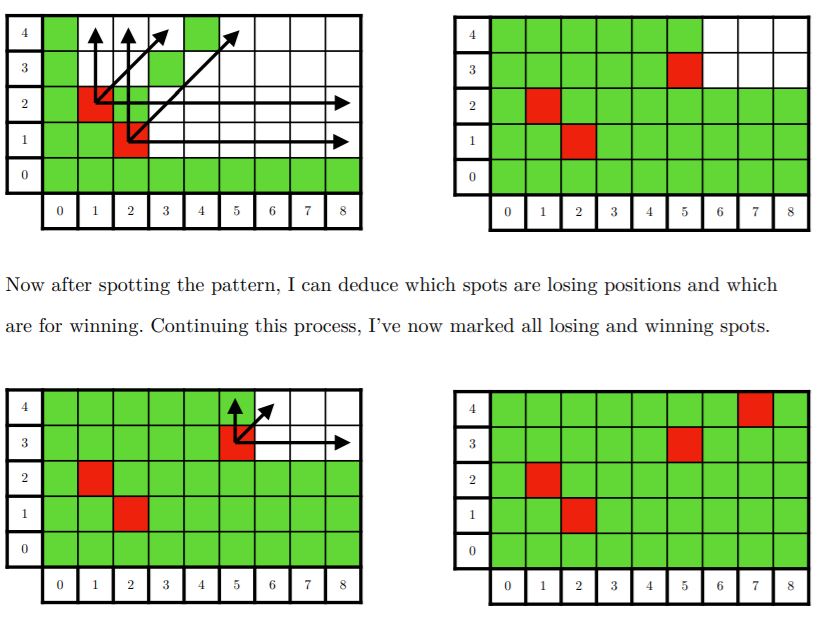 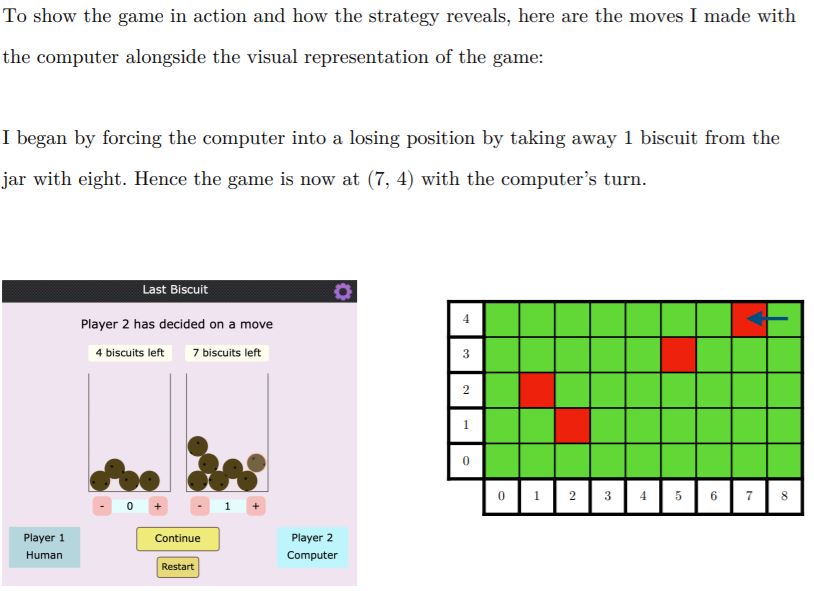 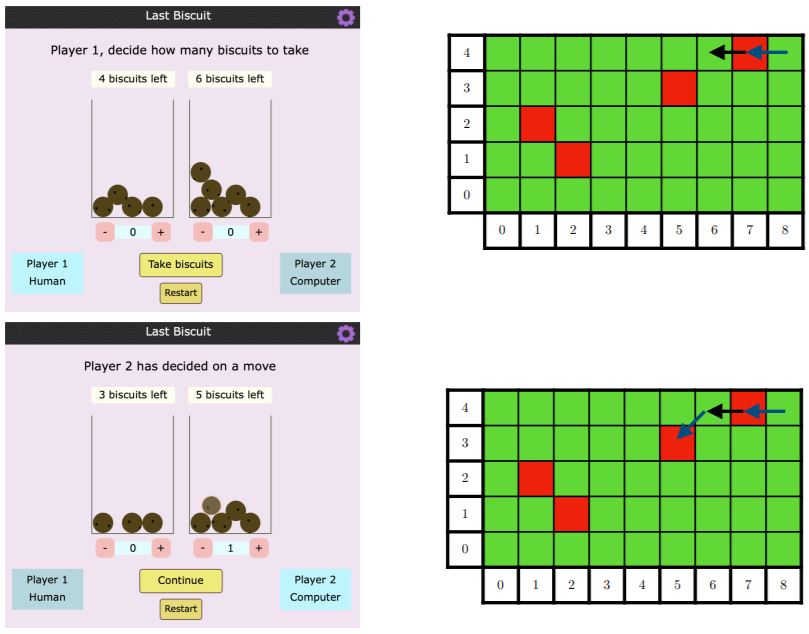 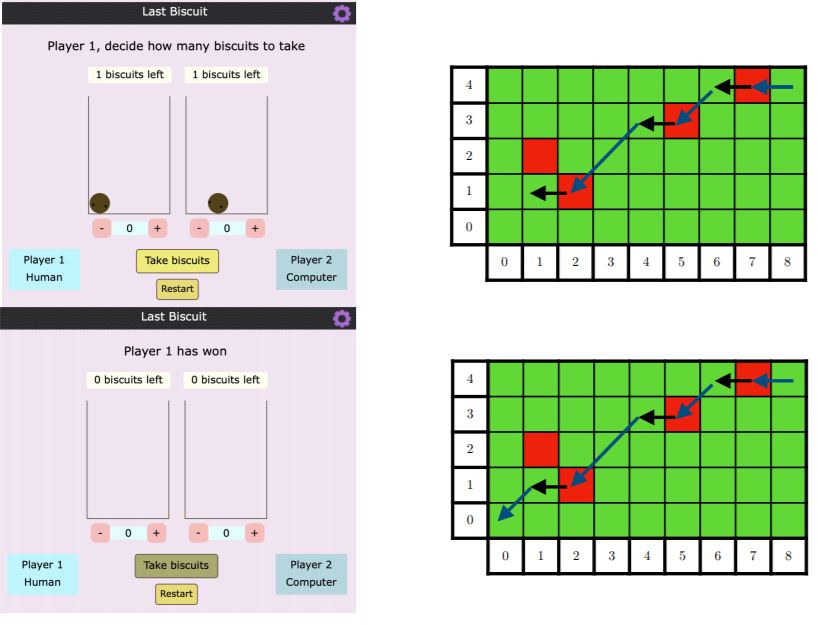 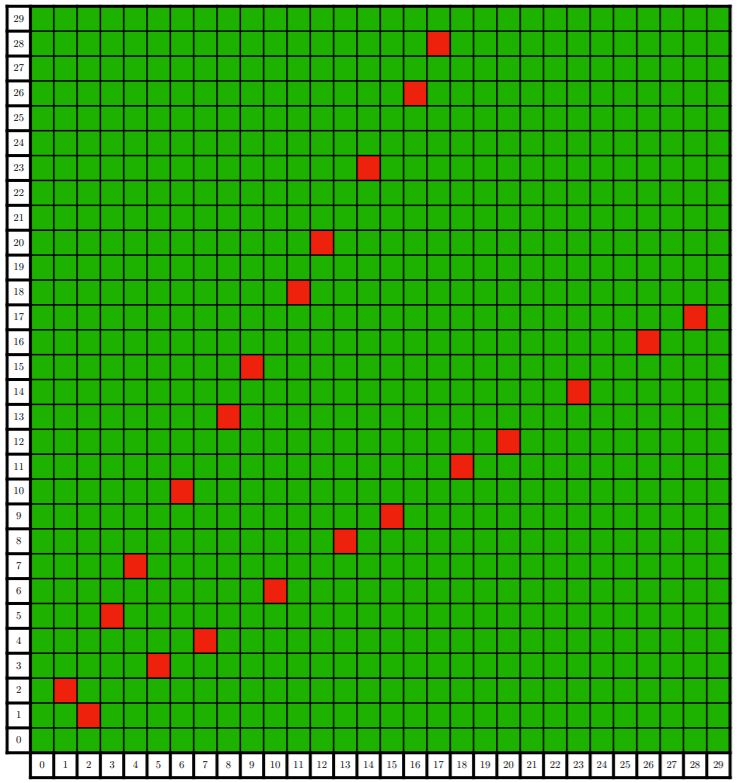 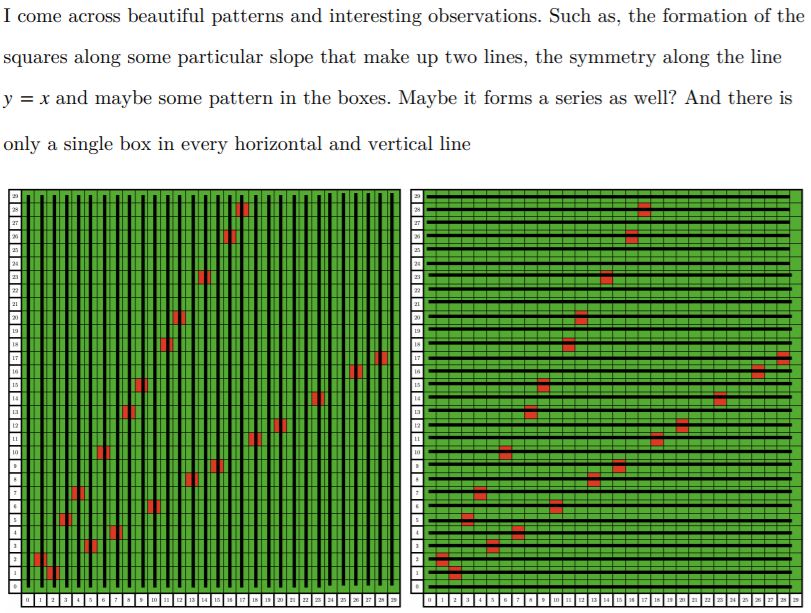