Whilst attending the Psychology of Mathematics Education conference in Hiroshima, Japan (July 2000) delegates were given the opportunity to visit some classrooms to watch mathematics lessons. These schools were 'selective' schools and so did not necessarily present the typical Japanese classroom. However, they demonstrated the general aims and current direction of mathematics teaching in Japan. Indeed, the lesson I watched with 1st Grade children (6 years) had many similar characteristics to the lessons I saw in Tsukuba six years earlier. 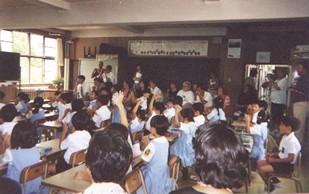 In the classroom I visited, along with 50 other mathematics educators from around the world, were 40 six-year-olds, who in their first year of school, had happily come in on a holiday so their teacher could give the demonstration lesson. The lesson was on Subtraction and was the sixth lesson in a unit of eight lessons. The teacher's own lesson plan is given below, but I would like to share some first-hand observations. 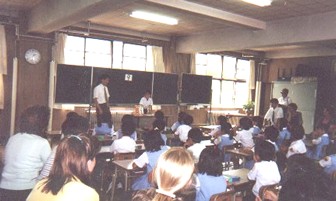 After the children had left, the teacher discussed the lesson with his 50 or so guests via a translator. He explained several key principles he uses in his teaching: 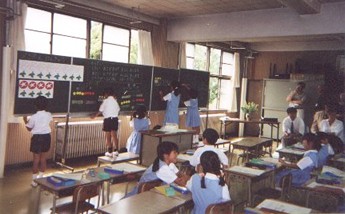 Reference: The Lesson Plan was prepared by Yasushi Miyamoto and published in the Proceedings of PME 24., Volume 1.
The NRICH Project aims to enrich the mathematical experiences of all learners. To support this aim, members of the NRICH team work in a wide range of capacities, including providing professional development for teachers wishing to embed rich mathematical tasks into everyday classroom practice.