Numbers and Notation - Ambiguities and Confusions 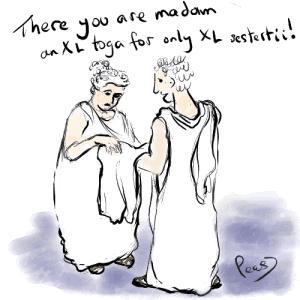 The son of a games-playing friend was just learning to count, and the proud parents invited him to demonstrate for me. 'Ace - two - three', he started!

I've been musing about the difficulties children face in comprehending number structure, notation, etc. It occurs to me that there is a vast array of occasions when numbers and signs are used in anomalous ways; often these are at the earliest stages, when they must be enormously confusing, but they also frequently happen in adult situations.

Most of us have assimilated a large number of these abnormal situations and accept them without difficulty, but until I positively looked for them I hadn't realised just how many occasions there are where the conventional rules of number and notation do not apply. Some occur only in rather specialised situations, but many are fundamental and part of everyday experience.

Here are some items from my collection - reactions and further examples will be appreciated.

1. Number naming: the naming of two-digit numbers doesn't become regular until $41$ is reached ($61$ if you want regularity in spelling as well) - think of the names of numbers such as $12$ or $20$ when 'onety-two', or 'twoty' would be much more logical. Certainly 'onety-six' would be vastly less confusing for young learners than 'sixteen'. Other languages may be better (I believe Welsh is more logical) or equally irregular ('quatre-vingt dix'). I've heard it said that some ethnic languages are irregular in helpful ways, e.g. by naming $39$ as 'four tens less one'. In our own language the number $0$ has a wealth of names: we use `zero', 'nought', 'nothing' indiscriminately, while sport uses 'nil', 'oh' (American), and if you want to stretch a point, 'shutout', and 'duck'.

2. Phones and cars: Many everyday numbers have no sequential or place value aspect; my phone number is $824173$, but that doesn't mean my phone is smaller than our friends with the number $824545$. My car 'numberplate' actually contains more letters than numbers; it's J932OBM , which bears no relation to my previous car, C888DTM . My postcode is HP23 4DN but that gives no information how our house compares with my brother at KT19 9SY . The number of the main road near my house is the A41; a section of this was recently renamed and became the A4251 . Motorway signs may show a distance as $.^{1}_{2}$ m (i.e. $1$ superscript, $2$ subscript) - this doesn't indicate $12$ metres but half a mile!

3. House numbers: I live at number $6$ in a road where the next-door neighbours are at $5$ and $7$, but many people who live at number $6$ would have neighbours at $4$ and $8$. I have a friend who lives in between $53$ and $55$ - what do you think his 'number' might be? It's $53$A! The houses in some roads don't have numbers at all, only names. Hotels and office blocks are notorious for having numbering systems where nearby rooms have completely different numbers (last week I stayed in a hotel room numbered $241$, and the room opposite was $215$), and where the floor above the $12$th is deemed to be the $14$th. And don't forget that 'first floor' means something different to the British and much of the rest of the world.

American house numbers are beyond my comprehension. I have a friend who claims to live in a hamlet, but whose house number is $3636$. An English friend tells how he used to think Americans had thousands of houses in a road - an acquaintance lived at $16532$ Oakgrove Ave - but when he got there the road was shorter than his own at home. The first numbers indicate the street number, even if it has a name, so in this case the house was number $32$ in $165$th St.

Does $4 \times 3$ stand for four lots of three or three lots of four? (I've often told the story of how I was constructing three $4$ft book shelves and happily purchased four $3$ft lengths to do it with.) And probably every child experiences the confusion that $3A$ (usually) means $3$ lots of $A$ rather than a number in the thirties (or, for that matter, $3+A$). And if you thought my previous example was pedantic because in numerical terms $3\times4 =4\times3$ , then why don't we ever write A3 as equivalent to 3A?

10. What about clothes sizes? No-one's yet been able to explain shoe sizes to me, or what a size $12$ dress is and why it's accepted that one shop's size $12$ is a different size from the shop next door. Familiarity with Roman numerals doesn't give any help with teeshirt sizes, where L, XL, and XXL certainly don't mean $50$, $40$, and $30$.

12. Romans, Greeks and Place Value: Whatever indignities we may inflict upon our number system we can be grateful that it's robust enough to come up smiling every time. Contrast it with Roman numerals - a system which as far as I can discover has no advantages whatsoever. It's not elegant or concise, it's not efficient, not only can a number have more than one form, there's to this day no agreement about the `correct' form for some numbers. Above all there's no place value element (well, there is, but it's wholly unhelpful), and there can be little to correspond with even our simplest numerical algorithms. With such a system it's no wonder that the Romans produced no arithmetic of note and were reduced to getting Greek slaves to do their calculations for them. Mind you, the Greek number system had plenty of peculiarities of its own!

About the Author : Alan Parr has taught teaching mathematics in primary, middle, and secondary schools, as well as spending nine years as advisory teacher and adviser for mathematics in Hertfordshire, England. He now acts as a primary mathematics writer and INSET provider, and as a Team Leader for the KS2 mathematics marking process.
The NRICH Project aims to enrich the mathematical experiences of all learners. To support this aim, members of the NRICH team work in a wide range of capacities, including providing professional development for teachers wishing to embed rich mathematical tasks into everyday classroom practice.