Junsu from Ms. Brown's class at The Bangkok Patana School in Thailand sent in the following:

Hakuya from The Maadi British International School in Egypt sent in his thoughts:

Well, in order to figure this out, you need to know your numbers. The first two questions are easy to figure out. The next number after 5 is 6 as the sequence's rule is +1.
Writing seventeen digits doesn't necessarily mean the number she stopped at is 17. The question asks how many digits. In that case, 1-9 is 9 digits as they don't have more than one digit in their number. So, 17 take away 9 is 8. If numbers up to 99 have two digits, the number will not go that high as we only have 8 more digits. 8 divided by 2 is 4. So four more numbers. 10, 11, 12,13. The number she stopped at is 13.

I found a file, an answer from the internet to prove my answer.

Shree from The International School Frankfurt, Germany sent in a picture of her work: 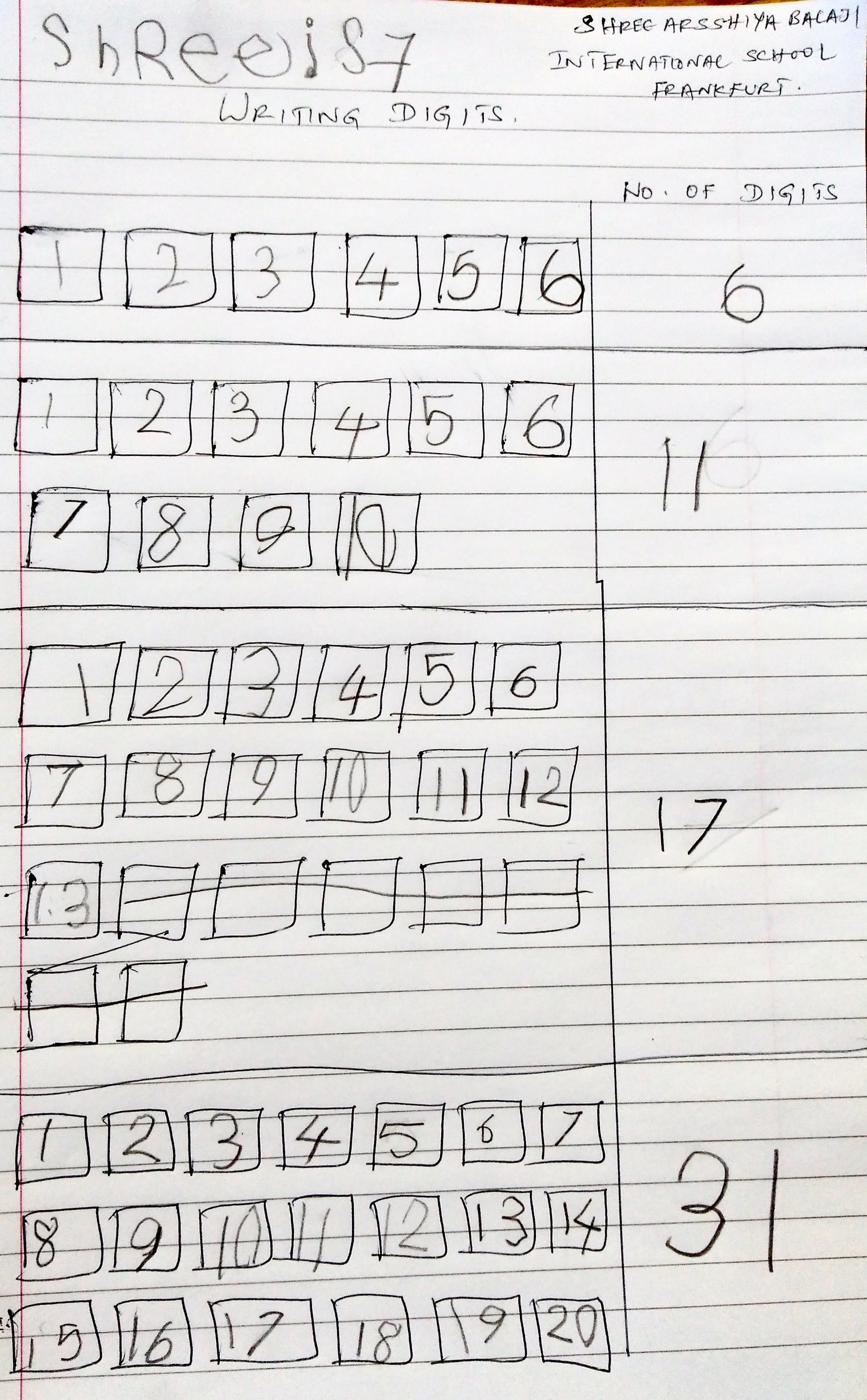 Thanks for these really good examples of how it may be worked out.
The NRICH Project aims to enrich the mathematical experiences of all learners. To support this aim, members of the NRICH team work in a wide range of capacities, including providing professional development for teachers wishing to embed rich mathematical tasks into everyday classroom practice.