Problem Solving and the New Curriculum

What's the point of doing maths?

I wonder what answers your class would give to this question. In a research project a few years ago I asked children of all ages what they thought maths was all about, and why they learned it at school. The answers were, in my view, depressing, and I would be prepared to hazard a guess that they would be much the same ten years on.

If you ask mathematicians what maths is, they will usually answer something along the lines of 'the study of patterns'. Ask most children what they think maths is and they will say it's all about rules which they need to learn, or facts they have to remember. Ask them why they learn maths and the most frequent answers include something about passing tests, or perhaps being better at handling money when shopping. Those answers arise because many children don't experience real mathematics in their classrooms - they get a proxy for it.

What children should be doing is solving problems, their own as well as those posed by others. Because the whole point of learning maths is to be able to solve problems. Learning those rules and facts is of course important, but they are the tools with which we learn to do maths fluently, they aren't maths itself. It's similar to the way that learning scales is an important part of learning to playing music fluently - but there's far more to making music than playing scales.

So how does problem solving figure in the mathematics National Curriculum for England which was implemented in autumn 2014? The document says:


Purpose of study: Mathematics is a creative and highly inter-connected discipline that has been developed over centuries, providing the solution to some of history's most intriguing problems. It is essential to everyday life, critical to science, technology and engineering, and necessary for financial literacy and most forms of employment. A high-quality mathematics education therefore provides a foundation for understanding the world, the ability to reason mathematically, an appreciation of the beauty and power of mathematics and a sense of enjoyment and curiosity about the subject.


'The national curriculum for mathematics aims to ensure that all pupils.....become fluent......reason mathematically..... and can solve problems.'
Many teachers never return to the aims after an initial read, moving straight away to the content of the curriculum, but these are important statements because they will determine the focus of accountability measures, such as national test scores and Ofsted visits, and so they merit some attention!

What could problem solving look like in a primary maths classroom?

In his chapter on thinking mathematically (1992), Alan Schoenfeld suggests that whilst the idea of problems has been a part of the maths curriculum for ever, problem solving has not. And furthermore there are different definitions of what a problem is, and hence what problem solving means.

At one extreme we have sets of 'problems' which are all about practising a technique. In the classroom this typically involves the teacher introducing a task and illustrating the technique, and then the children do lots more 'problems' on the same theme so that they master the technique which becomes part of their mathematical toolkit. Problem solving is interpreted as working through a series of related and predictable questions in order to acquire a particular skill.

However an alternative interpretation, and one which NRICH aims to exemplify, is that of Polya (1945). Problem solving in Polya's view is about engaging with real problems; guessing, discovering, and making sense of mathematics. (Real problems don't have to be 'real world' applications, they can be within mathematics itself. The main criterion is that they should be non-routine and new to the student.) Compared to the interpretation as a set of questions on a theme, Polya's is a much more challenging interpretation of problem solving for a teacher to come to terms with, but has the potential to be much more effective in developing young mathematicians who have an 'understanding of the world, the ability to reason mathematically, an appreciation of the beauty and power of mathematics and a sense of enjoyment and curiosity about the subject'. For Polya, problem solving is:

Noah watched the animals going into the ark.
He was counting and by noon he got to $12$, but he was only counting the legs of the animals.
How many creatures did he see?
See if you can find other answers?
Try to tell someone how you found these answers out?

Click here for a poster of this problem.
Noah is an example of a real problem for KS1 children. It's a real problem because it's unlikely that the children will have seen it before so they have to work out what to do - a problem is only a problem if you don't know what to do. If you do know what to do, it's not a problem!  Given a free choice, some children will make animals out of materials around the classroom, others will record on paper. They'll do some guessing, some discovering and as they work they will be being introduced to, or will consolidate, all sorts of ideas in number such as different ways to make 12, or the concept of odd and even. And when they have finished they will have produced something that is unique to them and which hopefully they will be proud of!


This problem has been designed to work on in a group of about four. For more details about how you might go about doing this, please read the Teachers' Notes. 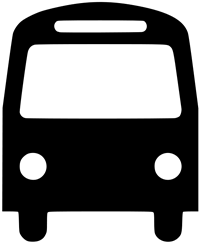 You are organising a school trip and you need to write a letter to parents to let them know about the day.

You will need to print off and cut out these cards: Word or pdf.
Share the cards out between the members of the group.

In your group read through the cards and find the one that describes in more detail what you have to do. You may find that some of the information on the cards is irrelevant!

We would love to see the letters that you write, so please send them in and describe how you tackled the activity.

This activity is taken from the ATM publication "We Can Work It Out!", a book of collaborative problem solving activity cards by Anitra Vickery and Mike Spooner. It is available from The Association of Teachers of Mathematics https://www.atm.org.uk/Shop/Primary-Education/Primary-Education-Books/Books--Hardcopy/We-Can-Work-It-Out-1/act054

Planning a School Trip is a totally different sort of problem for KS2 pupils. They work in small groups to identify the information they need to organise an event, in this case a school trip. Again they'll do some guessing, some discovering and refining and as they work they will be being introduced to, or will consolidate, all sorts of calculation strategies. On the way they will have to have negotiated with the rest of their team, and shared their ways of working and how they arrived at their conclusion - all good communication skills.

Nearly every other task on the NRICH site fits most of the criteria for a rich problem. By reading the teachers' notes you can get a sense of how a lesson might proceed, but, given the freedom to do so, children can take the question in an unexpected direction so you may be surprised at the outcomes. If you can be open to such results, not only will your children learn more and become more independent, but you will be helping them to see mathematics as the creative subject it is.

So you may want to think about how you can put problem solving at the heart of your maths teaching - it shouldn't be an optional extra for Friday afternoons or a special activity to be done when you have finished everything else. Problem solving is the essence of being a mathematician. And isn't that what we're trying to produce?


Part of this article appeared in Primary Teaching, Sept 2013, in an article entitled 'Should Maths be Fun?'