Joey from St Theresa's Catholic College in Australia and Aditya from St Columbas College in the UK sent in completed grids. This is Aditya's work (click here here to see a bigger version): 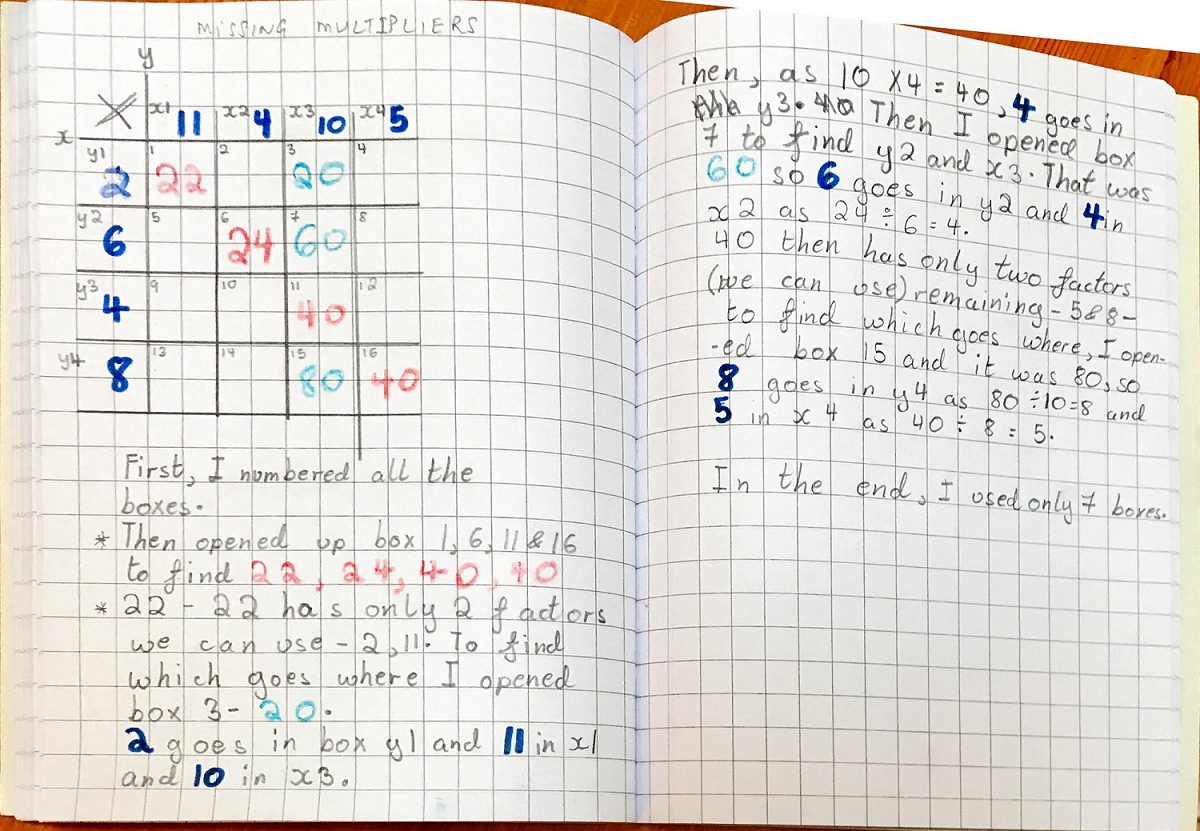 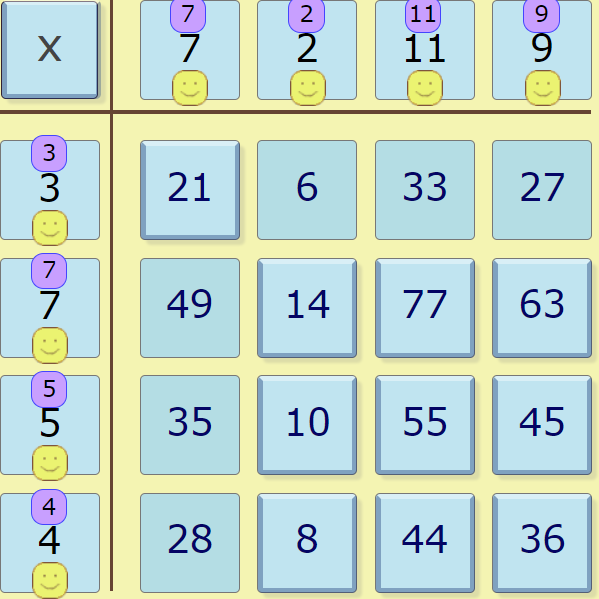 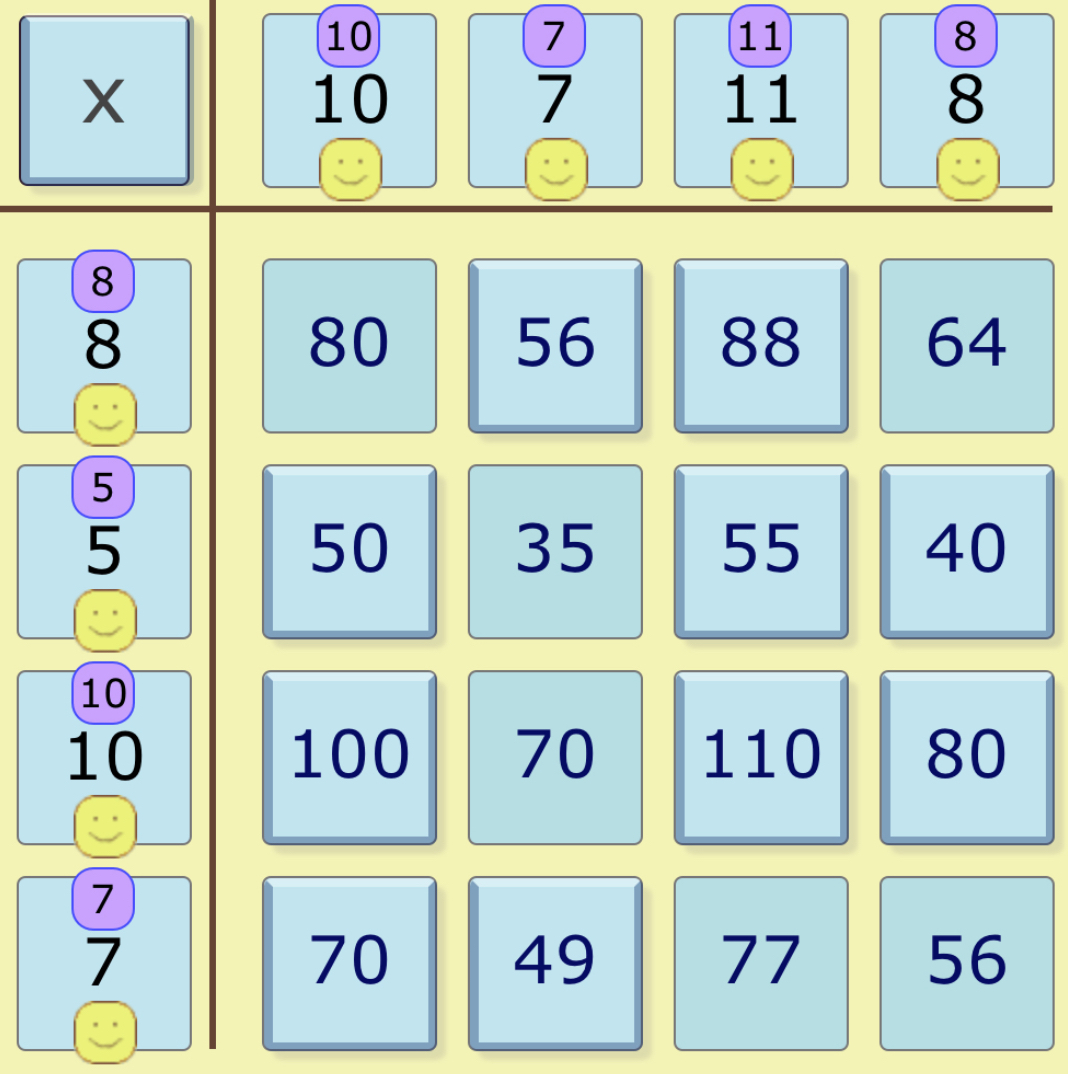 Keshav from Colchester Royal Grammar School and Anh Minh from the British Vietnamese International School, Hanoi in Vietnam described a general method revealing seven squares. This is Keshav's work:
You have to reveal at least seven squares to find all the headings.

Firstly, reveal any square you want. Then, reveal any other square next to it (horizontally or vertically). Using your knowledge of factors, you can then find the heading of that row.

Then, reveal a square next to either of the two that are already revealed, and make sure that square doesn't belong to the heading that you've already figured out.

Now you have two headings. You can use these two headings to find all the others, still using your knowledge of factors, using just the row and column you've formed.

Could Janeen's method be described in this way?

Tuáº¥n Vé from the British Vietnamese International School in Hanoi described a method for larger grids. How could you use what we've seen here to make this method more efficient?

That's not quite right, since Keshav's method for a 4 by 4 grid uses 7 values, and Janeen's uses 6.

In fact, one in each row and one in each column means $y\times y-1$ because the row and column will cross.

As Janeen noticed, you don't actually need the sqaure in the row and column, because you can find both of those headings from the other rows. So in fact you need to reveal $y\times y-2$ reveals.