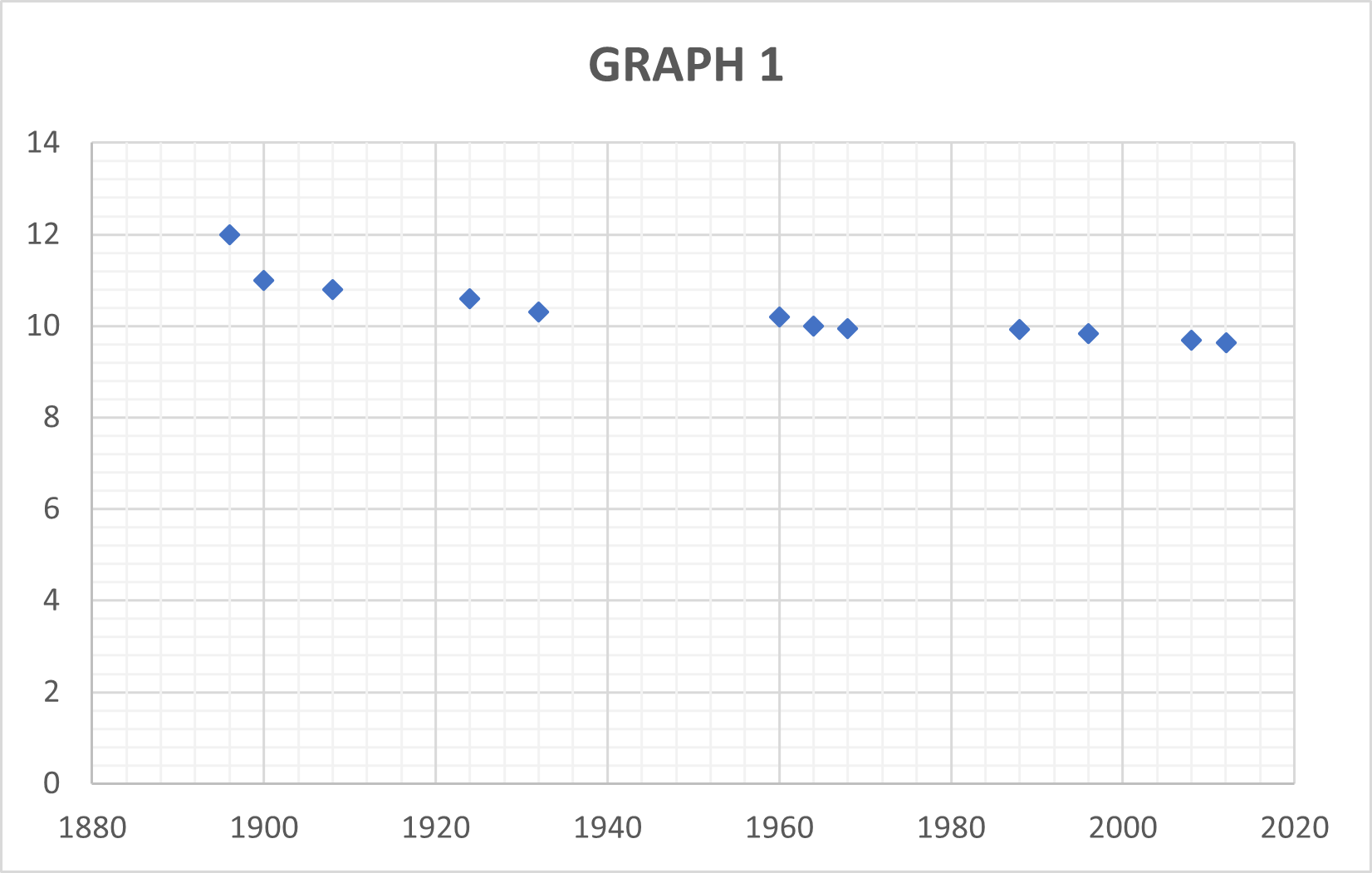 First, we looked at all the graphs and deduced that the x-axis was the year of the event and the y-axis was the score/time achieved. We then thought about which events the score was increasing in and which ones decreased. We
thought about the types of events each graph could possibly represent and made some initial suggestions.
Graph 1: Speed - running

The measurement gets less and less which could maybe show that it is a running event.

We believe that the units are in seconds.
We think it is the 100m men's event.
The world record is 9.58 and was set in 2009, but Usain Bolt didn’t do it in the Olympics, but he did it in the World Championships. The OLYMPIC record is 9.63 which was set in 2012, which corresponds to the graph so therefore we know that this is the men's 100m. 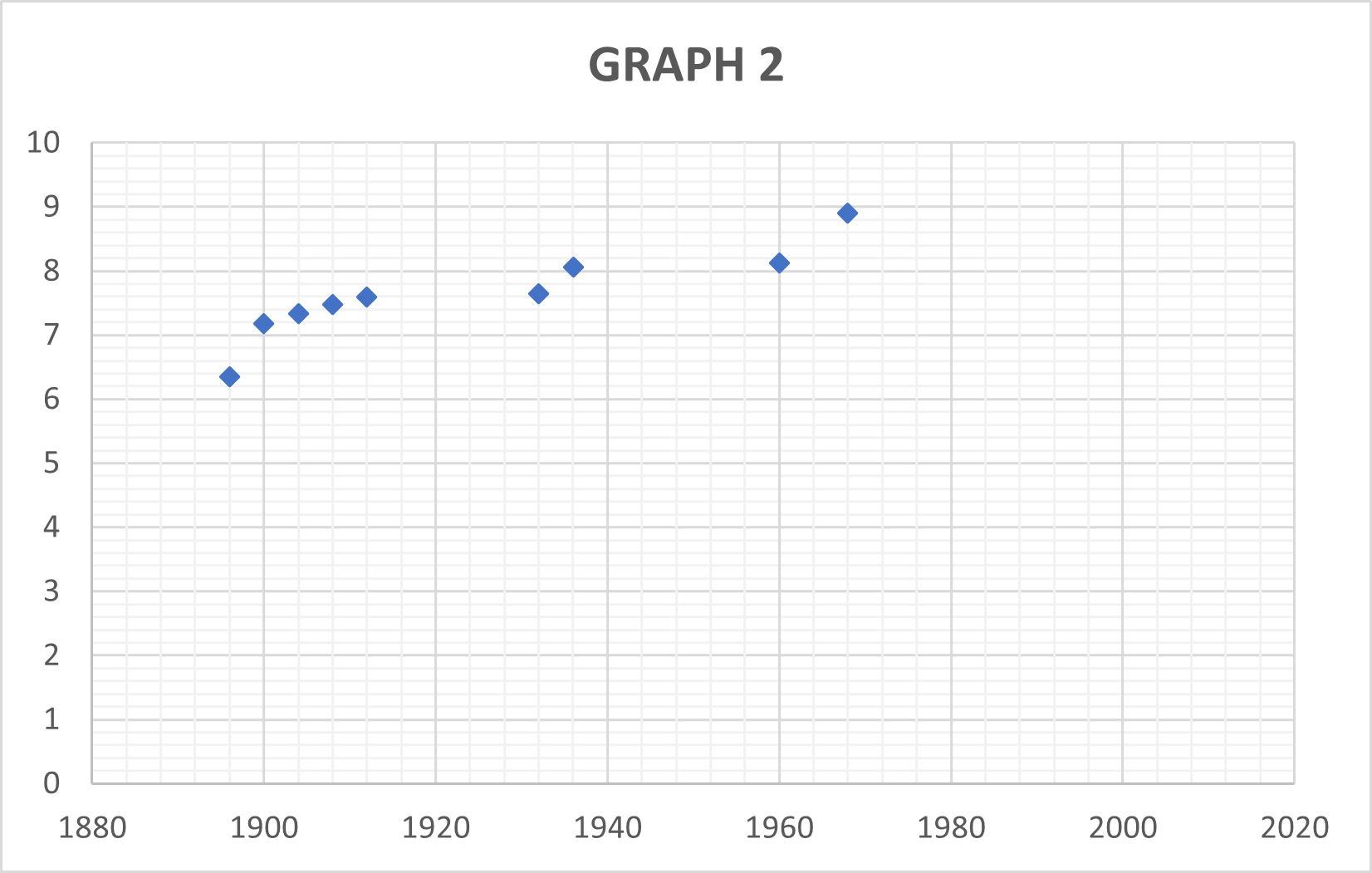 I think the unit is a meter because the record keeps going up.

At first we thought about the sports which are apt for the integers given on the y axis, firstly, I thought that it would be javelin, conversely it was brought to light after doing some research that the olympic record for the javelin is over 90 metres, then this alluded us to think about the different categories for jumps, resulting in doing a little bit of research ont he high and long jump.

It is because the longest jump was 8.9m and nobody has beaten that ever since which is why the graph finishes in 1968. 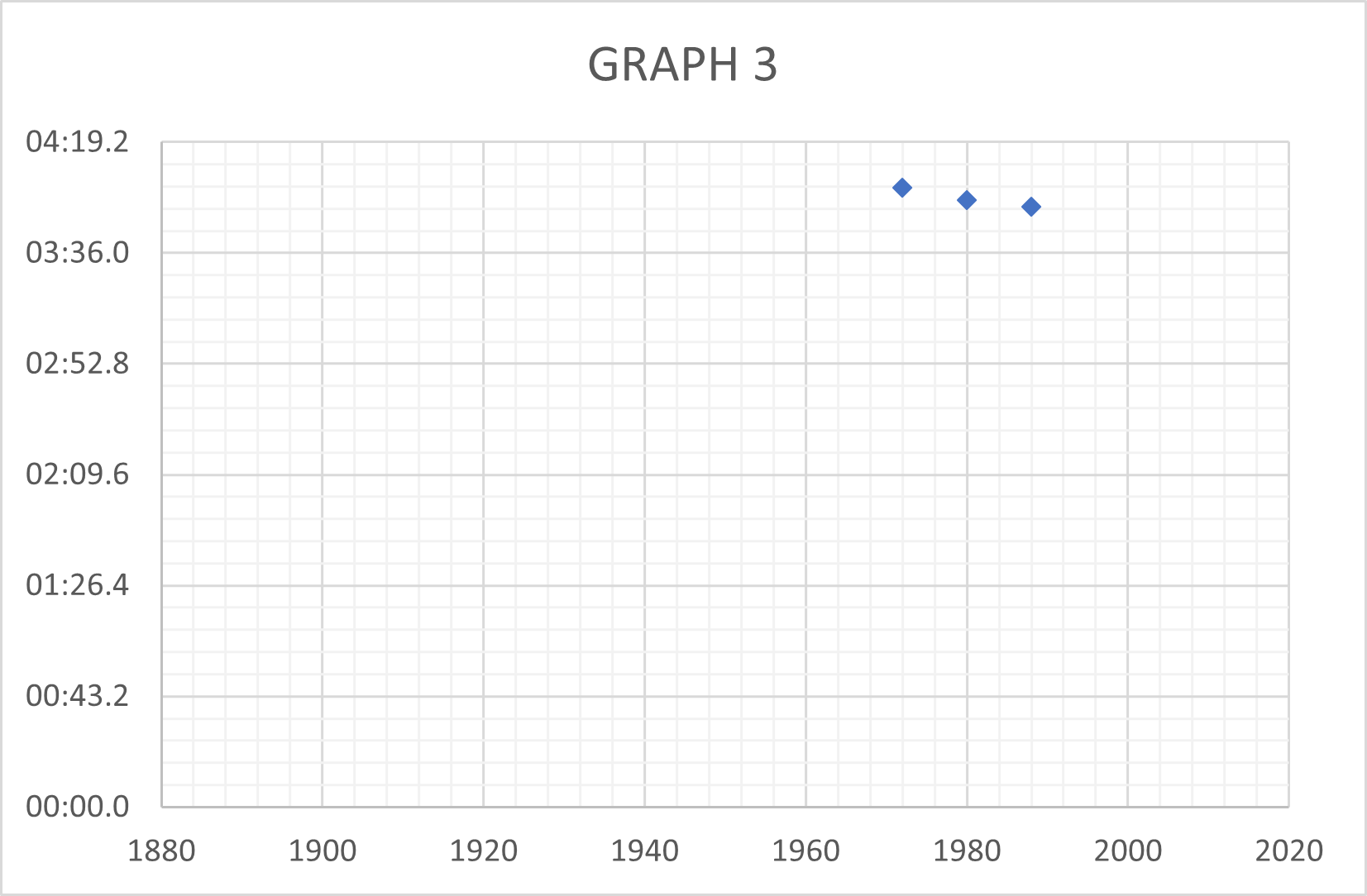 Jaa, Lucas and Jerry made some suggestions based on the x axis:

Identified via the approximate times, and the few number of Olympic records. 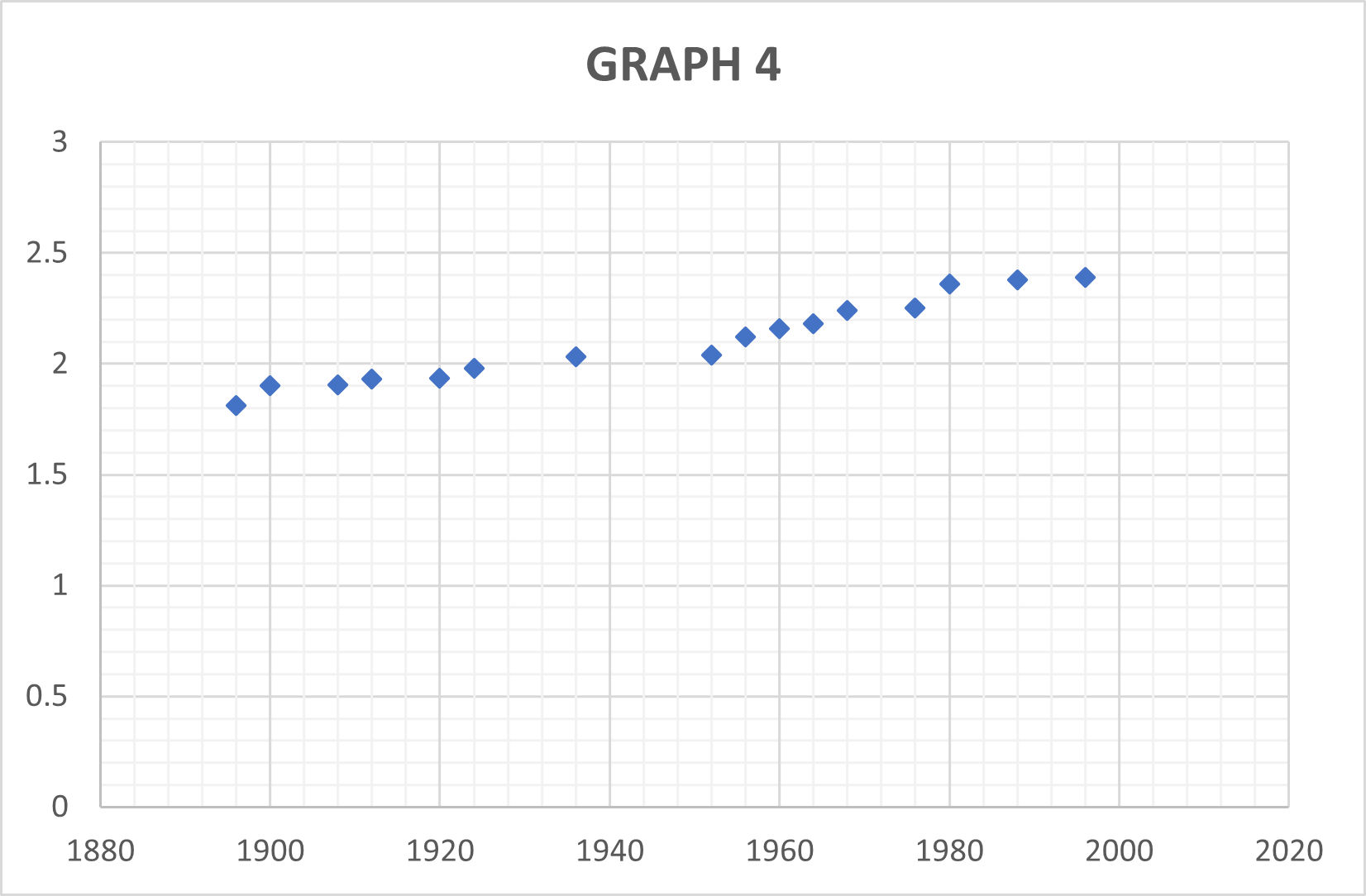 y = meter
High jump - men
The y value increased over time, so it could measure length. A short length such as 2 metres may have meant the event was a jumping event including height would be most reasonable because 2 metres is too short for specific jumps. Therefore, we think it is a high jump. 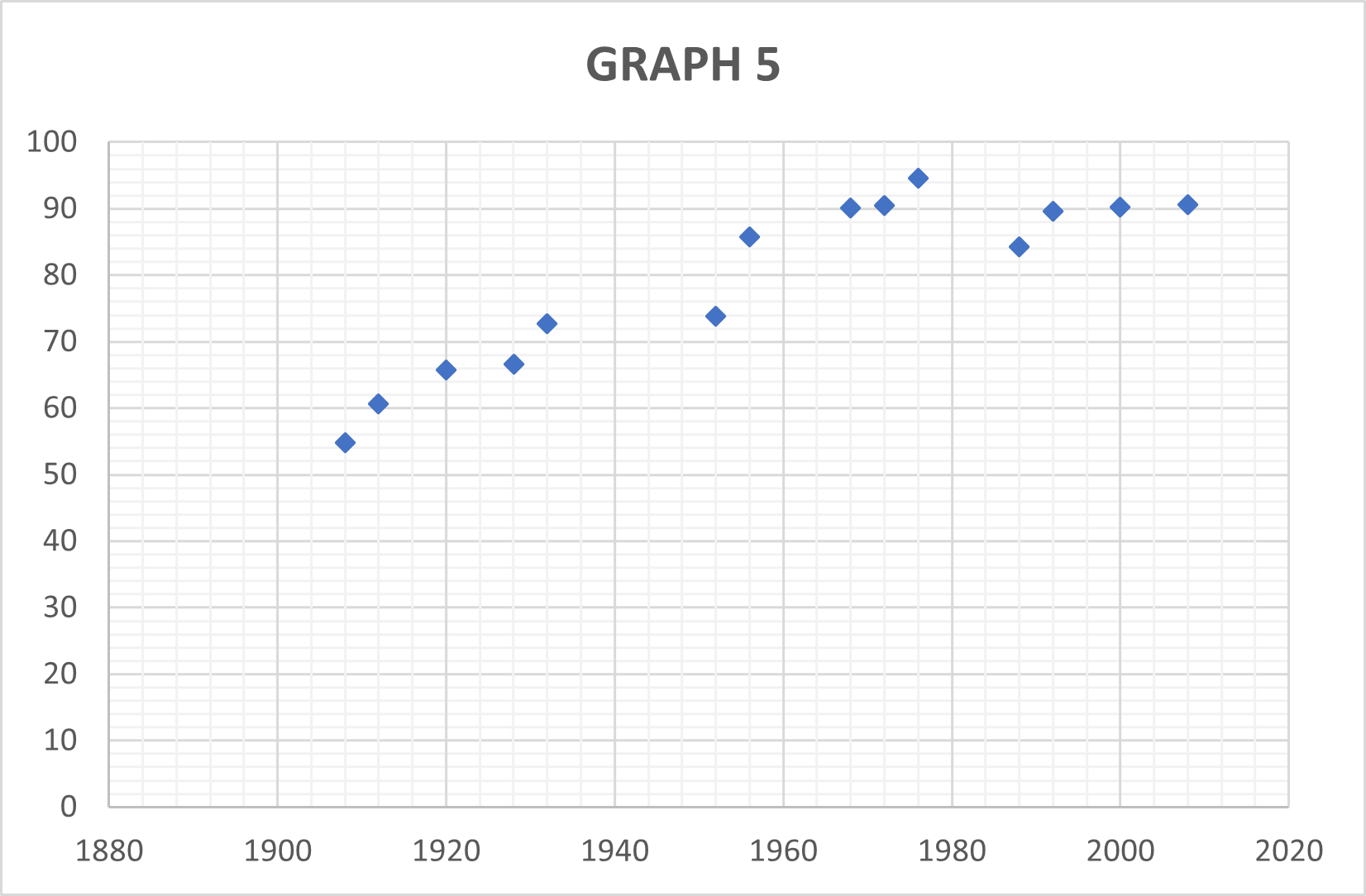 Interesting data point when Olympic Record decreases.  Redesign of javelin when almost reaching 100m as danger of javelin going closer to the seating area. Centre of mass altered, so that the javelin sticks into the ground, rather than hoizontally [travelling]. 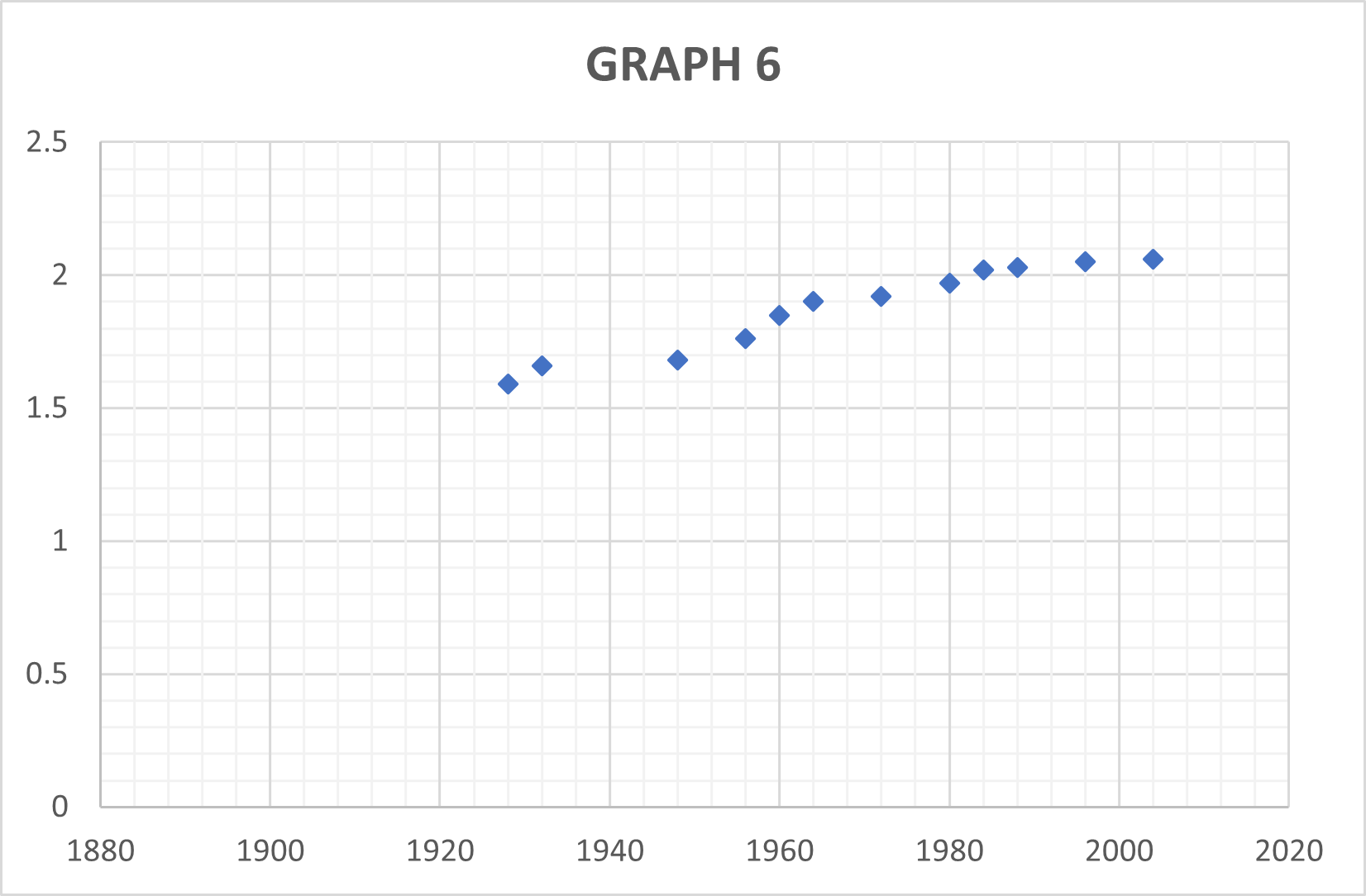 Women's High Jump, because it was similar to the Men’s High Jump and it started later than the Men’s. 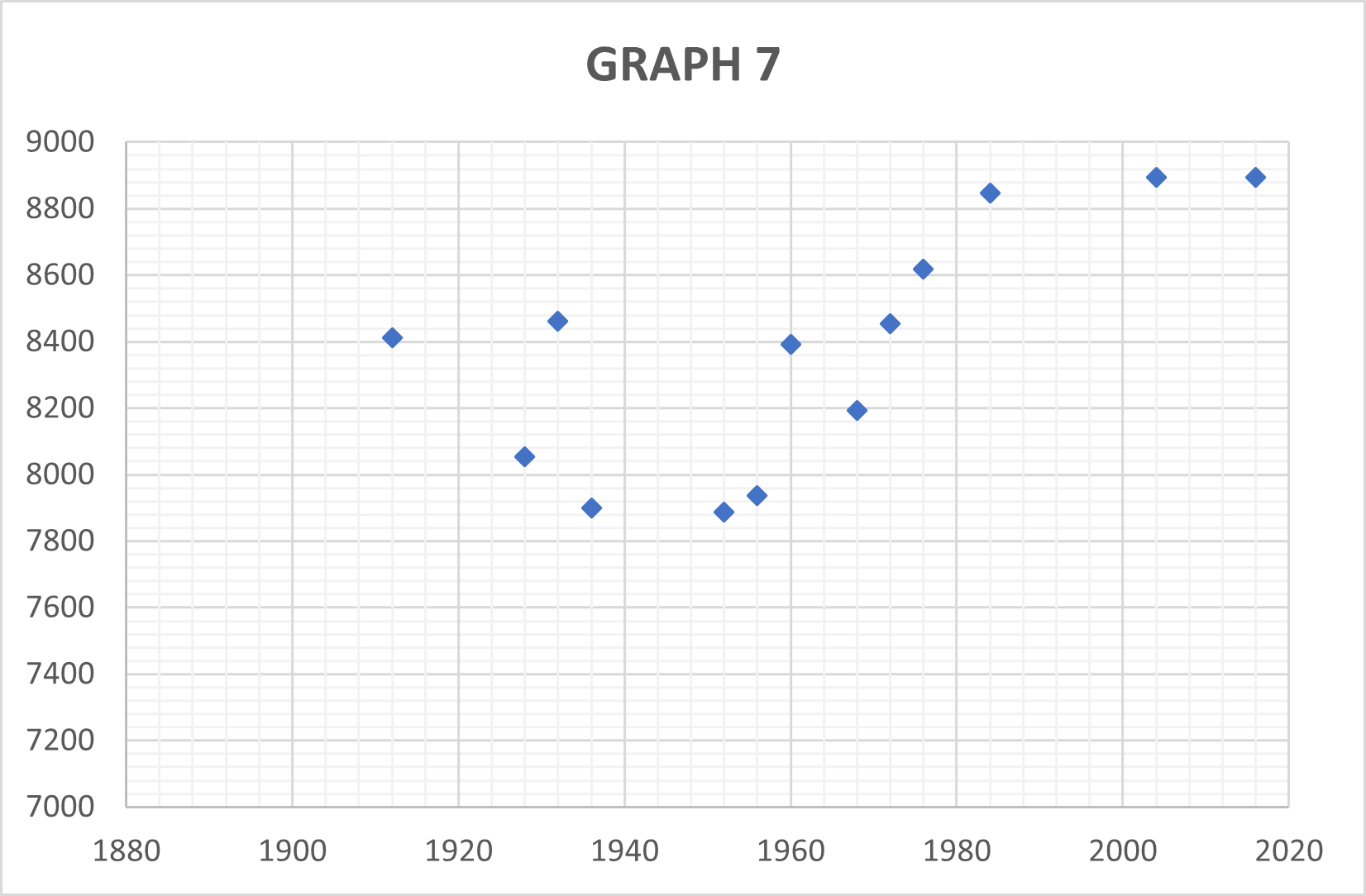 No clue. Confused about the fluctuations and drastic changes too. No trend as well, and hard to guess the units. They don't seem like time or distance, something else completely.

Mens Decathlon, on the y-axis points 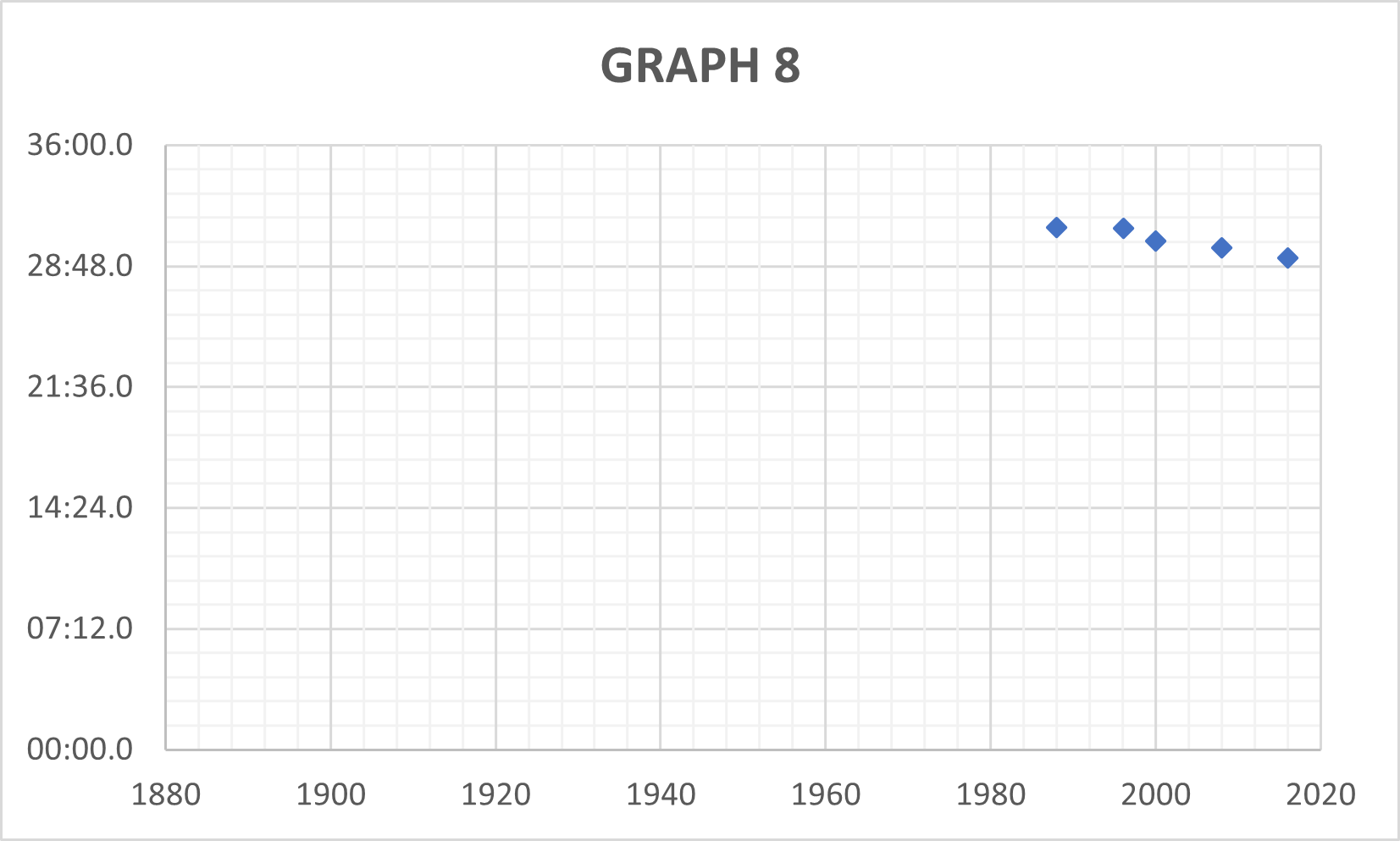 Women’s 10km run because women have recently been able to participate in the olympics and the scores get lower and lower. The record is also 29:17.45 (held by Almaz Ayana). This applies to the graph.
Unit: Minutes:seconds 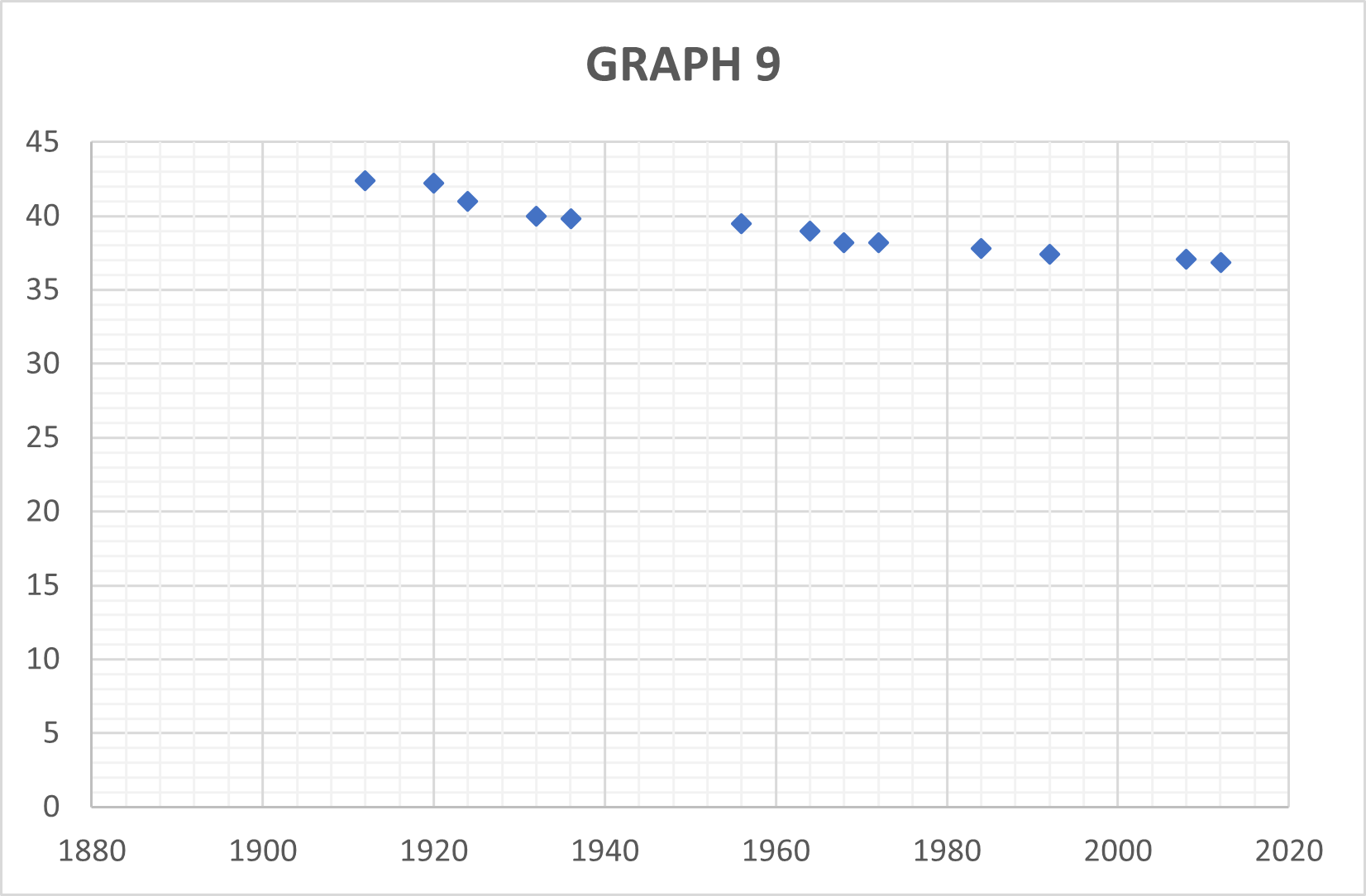 Some sprint, because of the decreasing time, probably? A 40 second record could be for men's 400 metres? 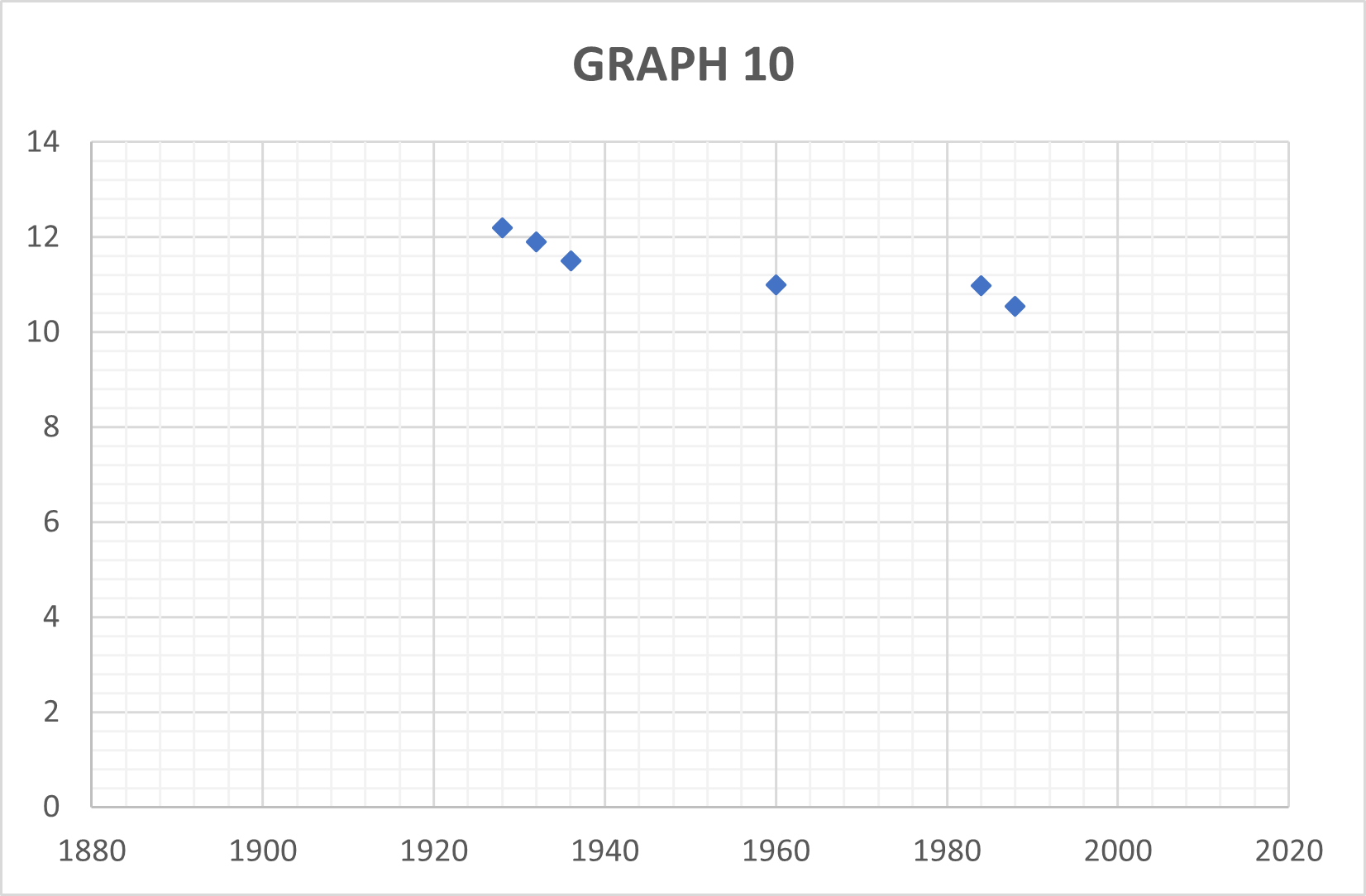 Women’s 100 metres, because it is similar to the men’s and the record hasn’t been broken since 1988.