What can you say about these two shapes? 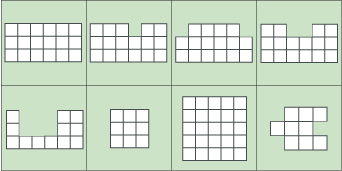